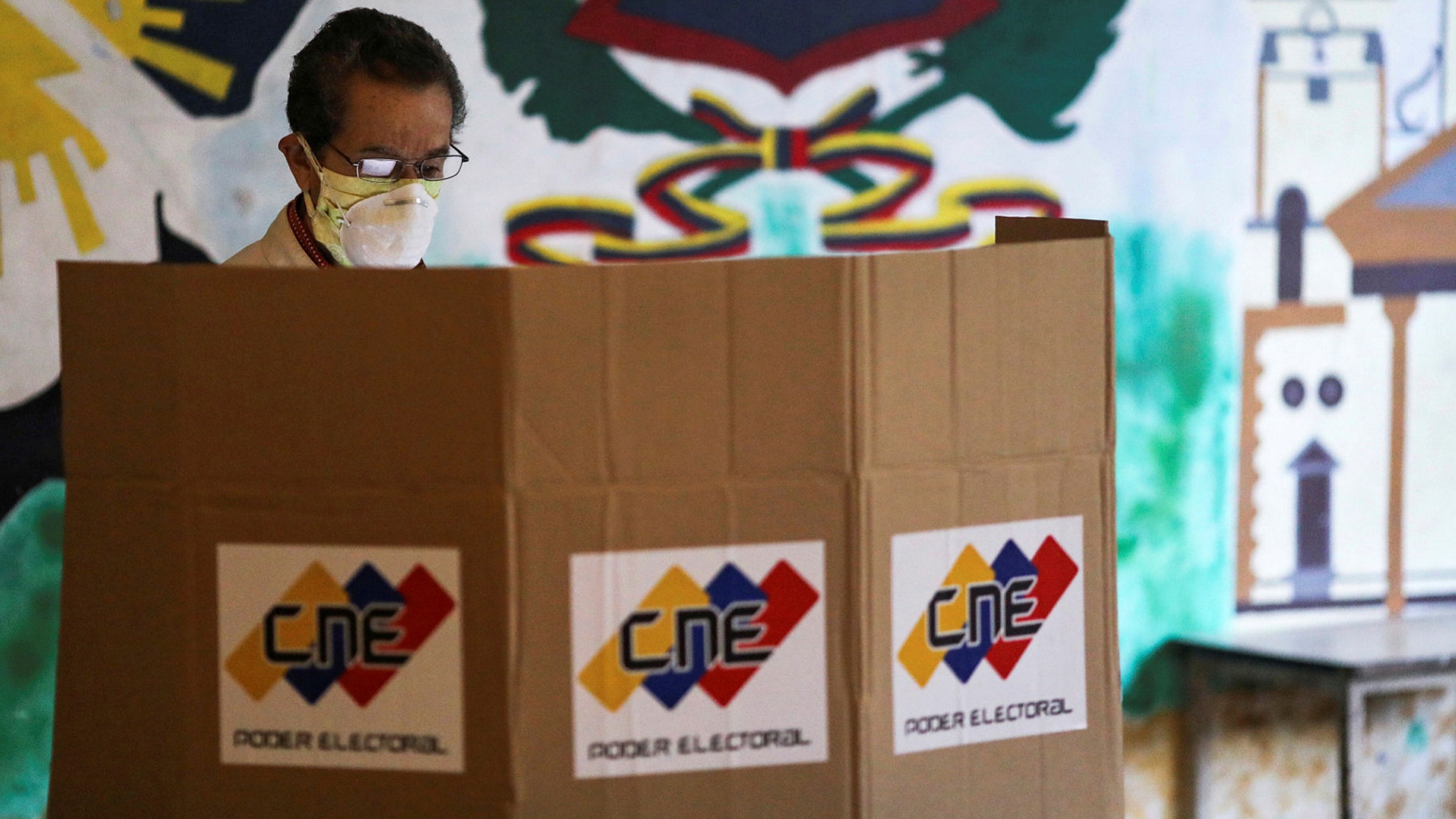 Venezuela held legislative elections on December 6 and, as has become the norm, the U.S. and sectors of the opposition that boycotted the election are claiming fraud without presenting evidence. The coalition of parties supporting President Maduro won 68% of the vote and a supermajority in the National Assembly. All the evidence suggests the elections were free and fair. However, turnout was only 31%, a participation rate that was hampered by a partial opposition boycott of the election.

This call to abstain was made by Juan Guaidó and his allies, but a different faction of the opposition participated fully. In the past three years, this faction of the opposition has taken a moderate stance that involves engaging in dialogue and participating in elections. The moderates accepted the election’s results, called for reflection and strongly criticized the call for a boycott.

The Trump administration spent the last several months attempting to sabotage Venezuela’s elections by characterizing them as a “sham” and sanctioning some of these moderates. Yet now that the vote took place, there is no evidence of irregularities. Claiming that elections are fraudulent before they’re even held – and insisting that fraud occurred in the face of overwhelming evidence against such a claim – is a specialty of the Trump administration.

The U.S. government repeatedly said that there were “no conditions” for free and fair elections, but the condition it sought to impose was the resignation of President Maduro. Unsurprisingly, the European Union, the Lima Group (an ad hoc set of Latin American countries pushing for regime change in Venezuela) and the corporate media followed the State Department’s lead, attempting to delegitimize what is likely one of the most fraud-proof electoral processes in the world. In contrast, observers on the ground, including the Latin American Council of Electoral Experts, underscored the election’s compliance with international standards.

Back in 2012, Jimmy Carter called Venezuela’s process “the best in the world.” It’s not hard to see why. Venezuela has electronic voting machines that print paper receipts. The machines are only unlocked when a voter’s identity is verified by digital fingerprint scan and a spot-check of their national identity card. After voting on the machine (a simple process that can take as little as ten seconds), it prints out a paper receipt so electors can verify that their vote was correctly recorded. The elector then places this receipt in a secure ballot box, and then signs and places a thumbprint on the voter roll. 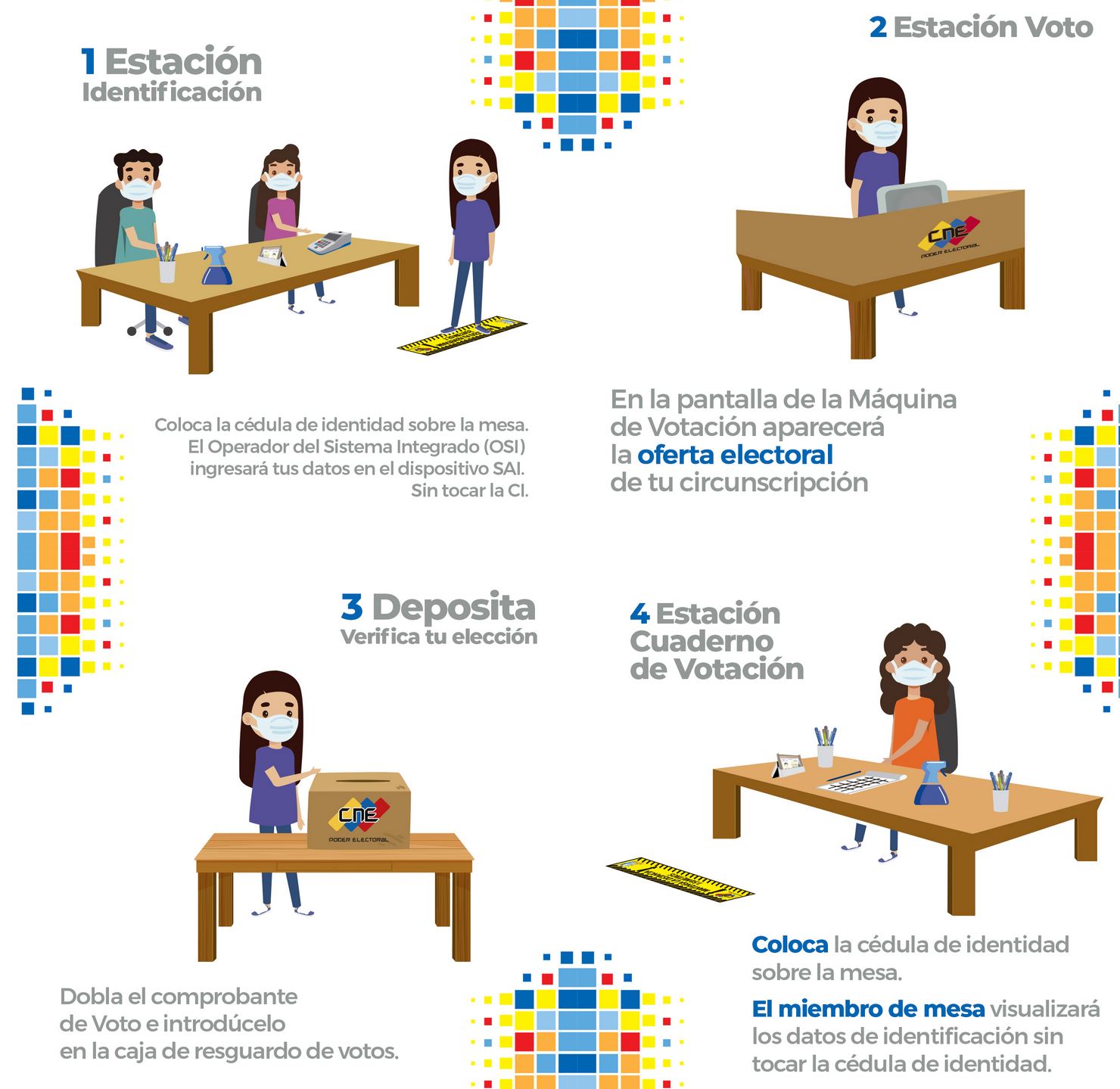 After polls close, the digital vote count is compared to a random sampling of at least 54% of the ballot boxes (a figure that is higher than necessary to have a statistically significant result). It’s a system with multiple redundancies that is backed by 16 different audits that must be signed off on by representatives of political parties.

In these elections, 14,000 candidates from 107 parties (97 of which oppose the Maduro government) ran for 277 seats. The choices ran the ideological spectrum from communists and socialists to evangelicals, Christian conservatives and neoliberals. Opposition candidates got air time on state television stations and took part in several debates.

The elections were monitored by 300 international observers from 34 countries, as well as over 1,000 national observers from political parties and social organizations. Teri Mattson, who observed two previous elections in Venezuela, led a CODEPINK observation delegation and described this year’s elections as free and fair, and without fraud or tampering. “Voting is easy, fast and secure: an incentive for all voters while also preventing long lines due to cumbersome ballots and voter procedures such as those seen in the U.S.,” Mattson said.

Of course, the low turnout is bound to raise eyebrows, yet it’s important to place it into context. One factor that depressed participation is a gasoline shortage induced by U.S. sanctions, which made it difficult for some voters to travel to polls. Migration is another factor that artificially reduced turnout. Only citizens who currently reside in the country can vote in legislative elections, but most who left in recent years still appear on voter rolls as living in Venezuela.

International comparisons should also be taken into account when analyzing the turnout. For example, parliamentary elections were also held Sunday in Romania, which had similarly low voter turnout (33%). Other countries have also had poor participation this year, including legislative elections in Egypt (28% turnout), Mali (35%), Jamaica (38%) and Jordan (30%), as well as municipal elections in Costa Rica (38%). Additionally, U.S. midterm elections typically feature 40% voter turnout (it’s not an apples-to-apples comparison, as virtually all eligible voters are registered in Venezuela, which is not the case in the U.S.). None of these elections are less legitimate for their low participation, and neither is Venezuela’s.

The failed strategy of boycotts

However, at no point has boycotting elections helped them in any way. So why do the extremists keep engaging in a failed tactic? After all, the opposition routinely claims (again, offering no evidence) that 80% of the population disapproves of the Maduro administration; it doesn’t make sense to cede ground when there’s the possibility of winning.

One explanation is that they were afraid of losing. In the last elections that featured full participation, the 2017 gubernatorial elections, the opposition ended up losing in 19 of 23 states. It’s not clear that they would have won this time around, particularly as a significant percentage of their base has migrated in recent years. A loss would have destroyed once and for all the fiction of Juan Guaidó’s so-called interim president (his “claim” to the presidency is based on his being a legislator in the current National Assembly). Better to not run than run and lose.

Another explanation is that a boycott was part of the Trump administration’s maximum pressure campaign, which involves ongoing attempts to delegitimize Venezuela’s democratic credentials. This strategy was threatened when the moderate opposition engaged in dialogue and announced they were running in the elections. The Trump administration quickly denounced them as “complicit” with and “puppets” of the Maduro government, before sanctioning several of those leaders.

The U.S. got the European Union on board with this plan as well. In January, the EU sanctioned three moderate opposition figures for “acting against the National Assembly’s democratic functioning” after they were elected to leadership positions in the legislature, replacing Juan Guaidó and two of his allies.

More recently, the EU refused the calls from two-time presidential candidate Henrique Capriles to monitor the elections. Capriles said his participation was contingent upon EU monitoring, which didn’t occur because the EU claimed it did not have enough time to prepare a delegation. This was back in September, three months before the vote. After the elections, the EU had the gall to criticize the Venezuelan government for failing “to mobilize the Venezuelan people to participate.”

In practical terms, higher turnout may have opened the doors for negotiations between the U.S. and moderate opposition, but that possibility now seems less likely. Other than that, the low turnout is not going to have much impact on the ground in Venezuela.

The Maduro government will have a supermajority in the National Assembly for the next five years, which should help it develop measures to counter the economic sanctions. It’s in a stronger position now than it was prior to the elections. After four years of sanctions, sabotaged industries, attempted coups, an assassination by drone attempt, a mercenary incursion and paramilitary attacks, among others, Venezuela managed to survive the Trump administration’s maximum pressure. The elections were carried out in complete tranquility. That is quite an achievement and puts to rest the magical thinking of the Trump administration and extreme opposition, which have spent years saying that regime change is just around the corner.