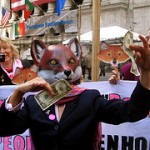 10. Bumpin' music ("Money" by the Beatles and Flyin' Lizards, "Mo' Money Mo' Problems" by Notorious B.I.G.) blasting around the site.

9. Even more bumpin' dance moves by Dana (in a fox mask), Nancy in a plastic chicken nose, and Tighe in a paper-mache head labeled "Henry Paulson" -- they earned quite a bit of compliments. 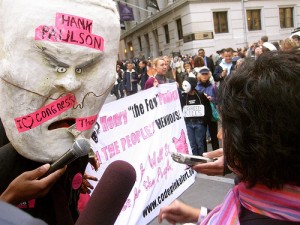 6. The six-month-year-old baby holding one end of a "Dept. of Treasury under new management: Goldman Sachs" banner. 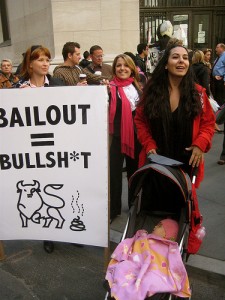 5. Impromtu haikus for The Daily Show reporters, filmed by a man in gorilla suit. 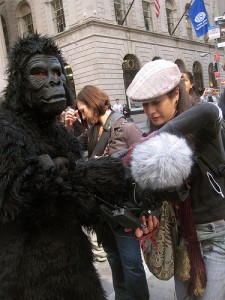 3. Insane number of tourists surrounding us, who couldn't get enough. 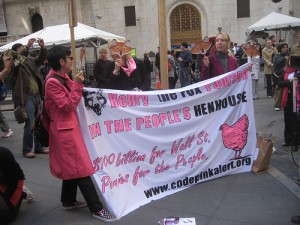 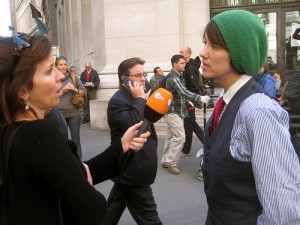 1. Overwhelming amount of support from passerbys, who told us good job and "Thanks for your work," "I agree -- I'm gonna check out your site" and then signed our petition to fire Paulson and get the fox out of the henhouse! We want billions for heathcare, education and education - not for war and Wall Street foxes!