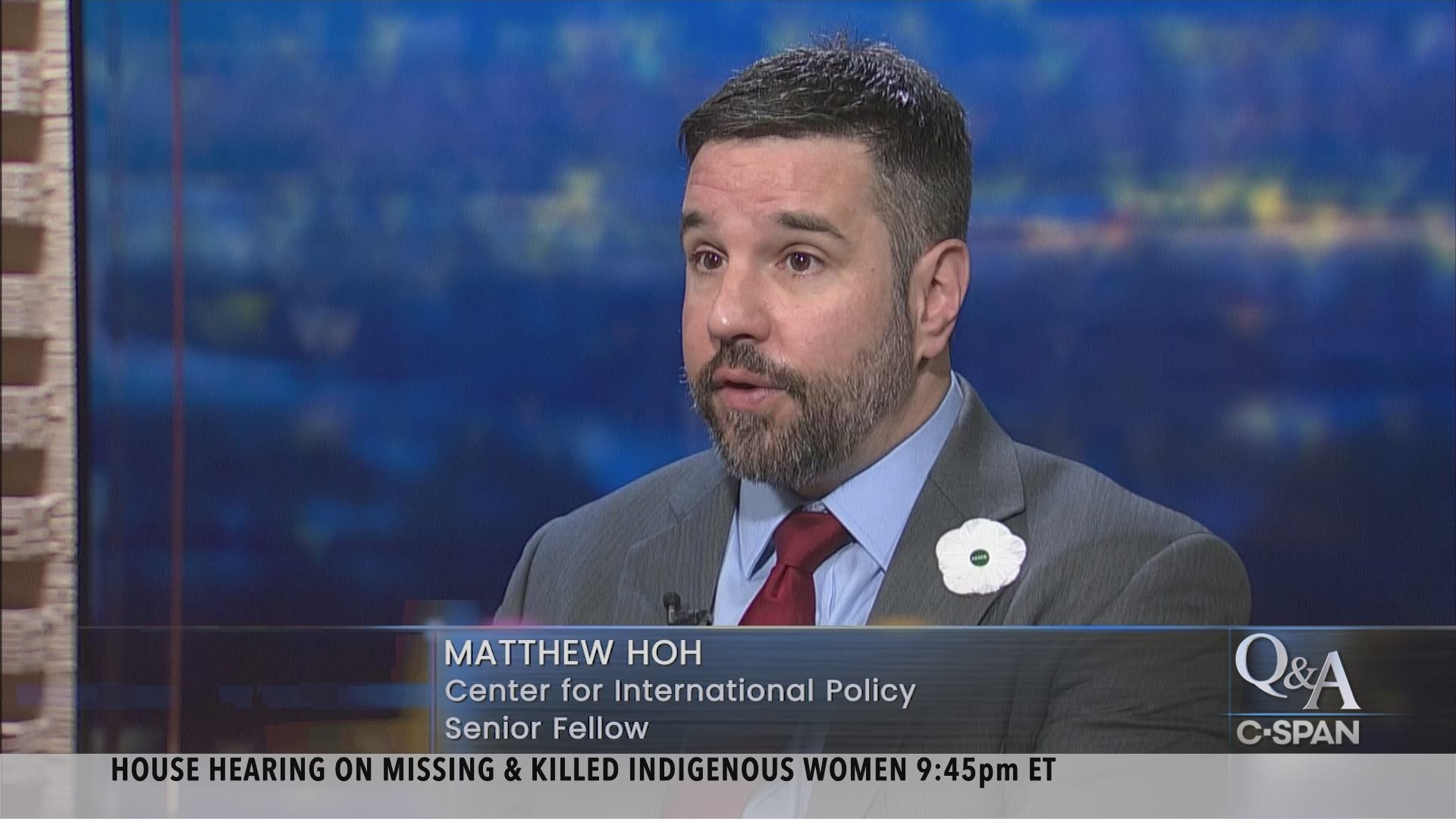 July 8, 2020, Washington, DC — Former Marine and U.S. State Department official Matthew Hoh, currently a senior fellow at the Center for International Policy, has declined an invitation to visit Saudi Arabia to attend the Think 20 (T20), a component of the G20 Economic Forum, because of principled opposition to the event being hosted this year by Saudi Arabia. “My reason for declining is that I cannot in good conscience take part in anything sponsored by the Saudi Arabian government due to its war crimes in Yemen and its human rights abuses against its own citizens, especially women and minority populations, as well as individuals whose only apparent crimes are the expression of their own ideas, thoughts and beliefs,” wrote Hoh upon declining his invitation to participate in the T20/G20.

The G20 is composed of 19 countries and the European Union. Together, they represent two-thirds of the world’s population and 80% of world trade. Started in 2008, the G20 meets annually to discuss economic issues and ways to increase cooperation. Each year the location of the forum rotates. Despite its war crimes and gross violations of human rights, Saudi Arabia is being allowed to host the meeting as though it was a normal nation.

The Think 20 engagement group that invited Matthew Hoh is comprised of think tanks that are asked to give input to the G20 process with public policy proposals.

Matthew Hoh is the second person to publicly decline an invitation to participate in the G20 gatherings.  Lyric Thompson, the Senior Director of Policy and Advocacy at the International Center for Research on Women, was invited to Women 20 (W20) but declined because of Saudi Arabia’s repressive policies towards women, minorities, and dissidents and its brutal war in Yemen. “Now more than ever, the world needs advocates to assert rights and defend against the closing of space for civil society engagement,” she said, adding that her refusal to attend the summit was a gesture of “solidarity with women’s rights activists in the country [of Saudi Arabia] and around the world.”

The U.S.-supported, Saudi-led war in Yemen is so brutal — bombing school children, hospitals, marketplaces, weddings, and funerals — that Yemen is now suffering the worst humanitarian crisis on earth. In addition to its war in Yemen, Saudi Arabia is waging a war against any internal dissent. Saudi Arabia uses long prison terms and physical punishment against everyone from bloggers to lawyers who dare question the regime’s absolute power. For women, Saudi Arabia is the most misogynist, gender-segregated nation on earth. Even though they were recently granted more rights, Saudi women must still obtain permission from a guardian in order to marry or divorce and women are still separated from men in most schools, restaurants, and public buildings.

CODEPINK and a coalition of organizations — Freedom Forward, Center for Democracy and Human Rights in Saudi Arabia (CDHR), Equality Now, PEN America, and others — have been calling on individuals, countries, and institutions to refuse participation in the G20 as a way to raise awareness and pressure Saudi Arabia to end its repressive practices and war in Yemen. Along with Hoh and Lyric declining to attend the G20, there have been a number of others — hip hop artist Nicki Minaj; talent agency Endeavor; PR firms, Glover Park Group, BGR Group, Harbour Group, CGCN Group and Gibson, and Dunn & Crutche — who have either canceled appearances in Saudi Arabia or severed their ties with the repressive kingdom.

Matthew Hoh’s letter declining the invitation to participate in the T20 is below.

After thought and consideration, I am declining to participate in the T20 meetings, as well as any participation in the larger G20 conference. My reason for declining is that I cannot in good conscience take part in anything sponsored by the Saudi Arabian government due to its war crimes in Yemen and its human rights abuses against its own citizens, especially women and minority populations, as well as individuals whose only apparent crimes are the expression of their own ideas, thoughts and beliefs.

My original intent was to attend the T20 in order to speak out against not just the Saudi regime, but all governments, including my own, who continually oppress their own populations, wage unending neo-colonial imperialist war, and practice extractive and exploitative economic policies and programs against workers, indigenous people and the environment. However, after reflection and consultation, I realize offering solitary dissent at the conference will alter and affect little, and that not participating in the T20 and G20 will allow me to better stand in solidarity with those who suffer from the collective policies of the G20, especially those who are imprisoned, tortured and murdered by the Saudi regime.

I urge those of you receiving and reading this letter to follow your own conscience and dissent against the crimes of the Saudi Arabian government, as well as the crimes committed against people and planet by the United States and other G20 members.