Five Things Obama - and His Administration - Aren’t Saying about Terrorism 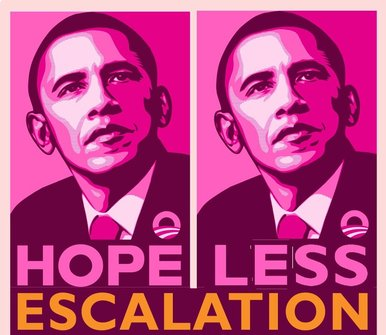 1. Who the US is at war with, and why. In his December 6 speech to the nation after the San Bernardino terrorist attack, President Obama repeated the assertion first made by Bush that “we” went to war with “terrorists” after the 9/11 attacks. But the terrorists who attacked the United States using our own commercial airplanes as weapons were neither Afghan nor Iraqi. Fifteen of the 19 were from Saudi Arabia, a close ally despite its long history of supporting jihadi propaganda and actions. The others also came from US allies: Egypt, Lebanon and the United Arab Emirates. The US wars of choice against the Taliban in Afghanistan and the Saddam Hussein regime in Iraq were long in the planning, sold to the American people on the basis of lies, and motivated by a mix of neo-con ideology and corporate greed, plus a desire to be seen as “tough” on terrorism and US foreign policy generally.

2. American empathy is very selective. The president claimed on behalf of all Americans that “we see ourselves” in the people gathered in San Bernardino for a holiday party. Then, speaking to older Americans who are parents, he affirmed that we also see “our kids in the faces of the young people killed in Paris.” “Young people” were killed in the ISIL bombing in Lebanon, but they go unmentioned, as do the Russians of all ages who were blown out of the sky by an ISIL bomb. The thousands of Iraqi civilians killed by ISIL (and air strikes, and other groups) were not remarked on. Predictably, and sadly, we also do NOT “see ourselves” in the many, many people killed, wounded and traumatized by US drone strikes in Afghanistan, Pakistan, Somalia, Yemen, Libya, Iraq and possibly other countries.

3.  Not one word about Saudi Arabia. In this speech, Obama mentioned by name 6 countries: 3 allies (France, Germany and the UK) and 3 countries in the Middle East (Turkey, Syria and Iraq). His omission of Saudi Arabia is probably the biggest gap in what we need to understand about ISIL - its mission and the reach of its propaganda. ISIL is only the latest and most virulent jihadist organization that Saudi elites have been funding and encouraging, either overtly or covertly, for many years. Unlike Obama and members of his administration, the German Vice Chancellor Sigmar Gabriel and UK Labor Party leader Jeremy Corbyn have recently spoken out about the role that this absolutist monarchy plays in the spread of ISIL, both in Syria and in mosques in Europe.

4. Islamophobia is playing into the hands of extremists like ISIL, and so does a wider war in Syria and Iraq. This extremist organization feeds off Muslims, especially in western countries, believing they are hated by non-Muslims, so they will see the “Islamic Caliphate” as their savior. Donald Trump and others who are spreading Islamophobia are the best recruiters for ISIL. To his credit, Obama has touched upon this without mentioning Trump by name. But much more could be done by the administration of the first-ever “Muslim-baited”, African-American president to counter this destructive cycle.

5. We have a recent, powerful example of international diplomacy averting war: let’s build on that. The Iran nuclear deal was, and still is, opposed by the some of the same Republicans barking for an US-led ground war in the region. But the years-long, multilateral negotiations, just concluded in September, demonstrate that talks can resolve conflicts which threats, airstrikes and ground-based military operations exacerbate. Of course, there are many differences between negotiating with a recognized nation-state (Iran) and with a fanantical, virurently violent and misogynistic jihadist entity. All the more important that we consult the “playbook”, not of discredited and disjointed U.S. military strategy, but of Phyllis Bennis, author of “Understanding ISIS and the New Global War on Terror.” Bennis urges that people ask one critical question: “Who benefits?” On an international level, that key question could lead the U.S. into productive negotiations with numerous countries, including Turkey, Saudi Arabia, Russia, and yes, Iran, to cut off sources of funding for ISIS and to limit its military success, and the reach of its propaganda and recruitment.