Equality and Dilapidation in Cuba: A Country of Paradox 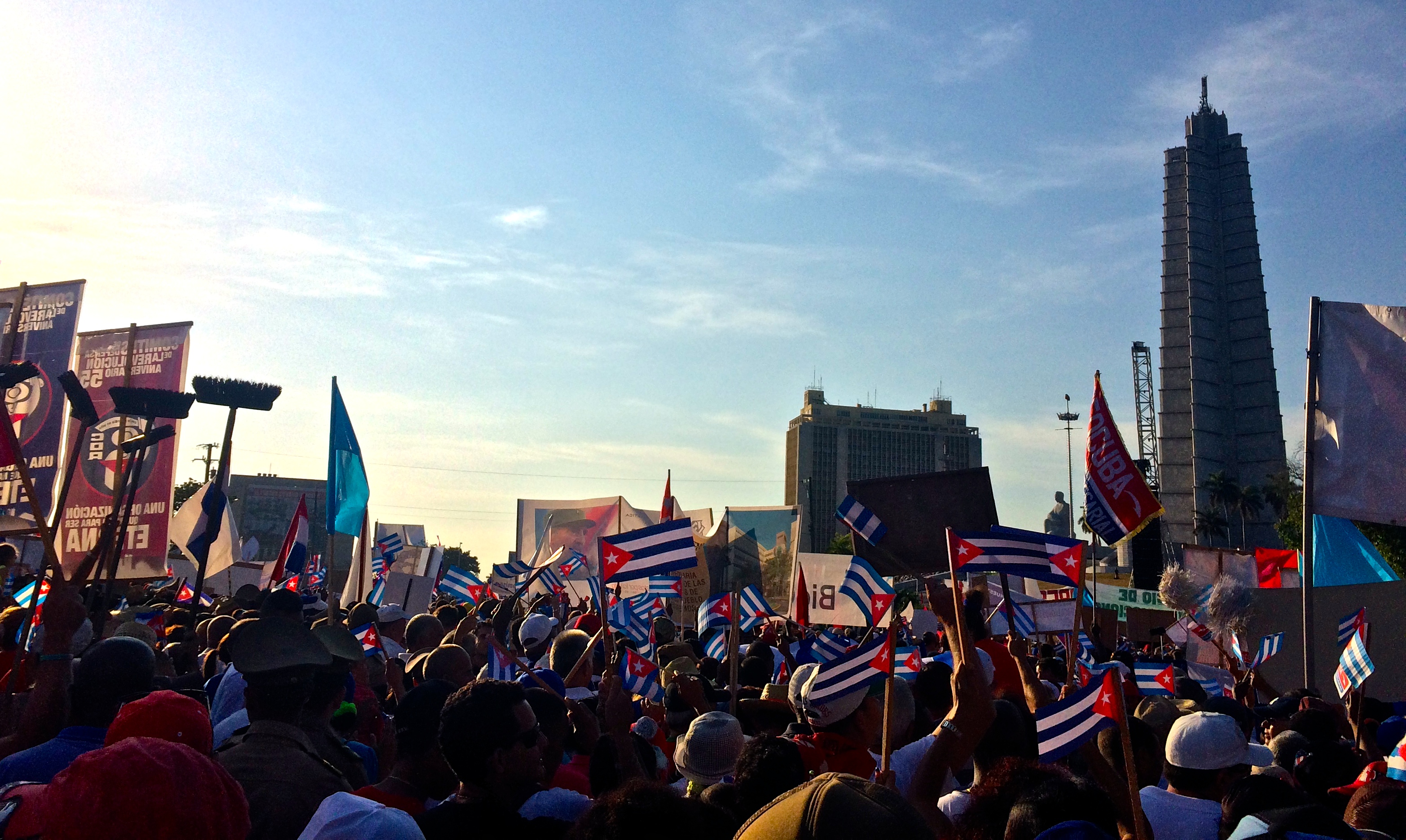 Addressing Dr. José Luis Vergara, a Cuban primary care physician in his clinic in Havana Cuba, a member of the CODEPINK May Day Cuba trip asked, “Do you have an issue with overprescription of drugs in Cuba as we do in the U.S.?” Dr. Vergara looked puzzled. After a few exchanges back and forth through a translator, he hesitated and responded, “No, of course not. Why would I prescribe unnecessary medication to someone who I have known for years, have a personal relationship with, and whose family I know? I want them to get better!”

We were baffled. Not because it was particularly shocking, but because it made so much damn sense. As we learned more about the extensive preventive healthcare provided for free to everyone in Cuba, I thought about what one of our delegates, who is a healthcare union worker, referred to as the U.S. illcare system. The pharmaceutical industry spends more on lobbying than any other industry in the U.S., averaging $240 million annually for the past 5 years. This comes at the cost of affordable, adequate healthcare, and pushes pills instead of appropriate treatment.

The talk with Dr. Vergara wasn’t the only time that I was baffled throughout the trip. Ariel Causa, a representative of the National Sex Education Center, was asked about abortion in Cuba. “Abortion was decriminalized in 1979, and is funded by the government.” Abortion legislation is nestled into the center’s extensive sexual health preventative education, which has reduced unwanted pregnancies in the first place. Compare this to the U.S., where abortion is legal following the Supreme Court case Roe v. Wade in 1973, but Congress and state governments have consistently hacked away at the constitutionally protected right for women to choose, and it is under threat in many states today. This is combined with the prevalence of abstinence education, which has proven ineffective in deterring sexual activity, but effective in leading to STDs and unwanted pregnancies. Texas law HB2, which imposes new regulations that has caused half of the state’s abortion clinics to close, is the most recent case of restrictions on abortion, and is now being debated in a deeply splintered Supreme Court.

In another moment of shock, Norma Guillard, a social psychologist in Cuba, was asked about the representation of women in the work force. “Women represent over half the workforce, but are only 34% of directors and executives!” she replied indignantly. In the U.S. women make up 47% of the workforce, but hold well under 20% of executive and director positions. Norma explained in a dissatisfied tone that while 48.9% of the members of the Cuban parliament are women, ranking them second for percentage of women in parliament in the 2014 World Economic Forum’s Global Gender Gap report (compared to under 20% in the U.S. Congress, ranked at 83), there was still much progress to be made for women in employment.

Over and over again, our delegation was stunned by the tremendous strides in health, including Cuba’s training and export of doctors all over the world (with 37,000 Cuban doctors working abroad in 2015); sexual health and education; women’s rights, including incredibly low rates of rape and sexual violence; and much more.

But while Cuba has made immense progress and it was easy to get wrapped up in the revolutionary spirit, it is still a country gripped with immense poverty and social problems. The average worker earns $20 a month. Even with ration cards, provided by the government for basic food needs, average incomes are barely enough for many to scrape by. Everywhere we went we saw dilapidated, one-story buildings that could have been transplanted from poor inner-city areas of the U.S. I spoke to young people who were disillusioned with the leftover ideals of the revolution, tired of limited choices within their society for employment and livelihood, wishing they had access to the internet, and struggling to sustain themselves (even though they are free of college debt). Other Cubans I met spoke of the controlled media, political prisoners, and coercion they had faced by professors and employers to participate in the May Day Parade, an annual celebration of worker’s rights that has strong nationalist overtones. Others criticized the top-down ways that new policies are decided and implemented.

Medea Benjamin, co-founder of CODEPINK who lived in Cuba for 4 years and has been back many times since, said on the trip that while half her brain loves Cuban society and culture, the other half sees huge flaws in the system. If people criticize Cuba she will defend it, if people glorify it she will point out the profound problems. I left Cuba with similar feelings, a combination of awe and sadness, admiring the emphasis on equality but critical of the many restrictions.

Our system and Cuba’s system are very different, and both have severe flaws, but we have far more to learn from Cuba than many of our elected officials would like to admit. We must continue on the path of normalizing relations that Obama began in 2014, and embrace Cuba, paradoxes and all.

Rebecca Green is the D.C. outreach coordinator at CODEPINK. She is a student at Northeastern University with a sociology degree and a minor in women’s gender and sexuality studies.