On this week's episode of CODEPINK radio, we hear from two very special guests: First, we’ll hear from former Presidential Candidate and best-selling author Marianne Williamson on the crisis of spending more on our military than the next 12 countries combined. Then, we’ll hear from Braxton Brewington, Press Secretary from the Debt Collective, about the connection between the student debt crisis and U.S. Militarism. 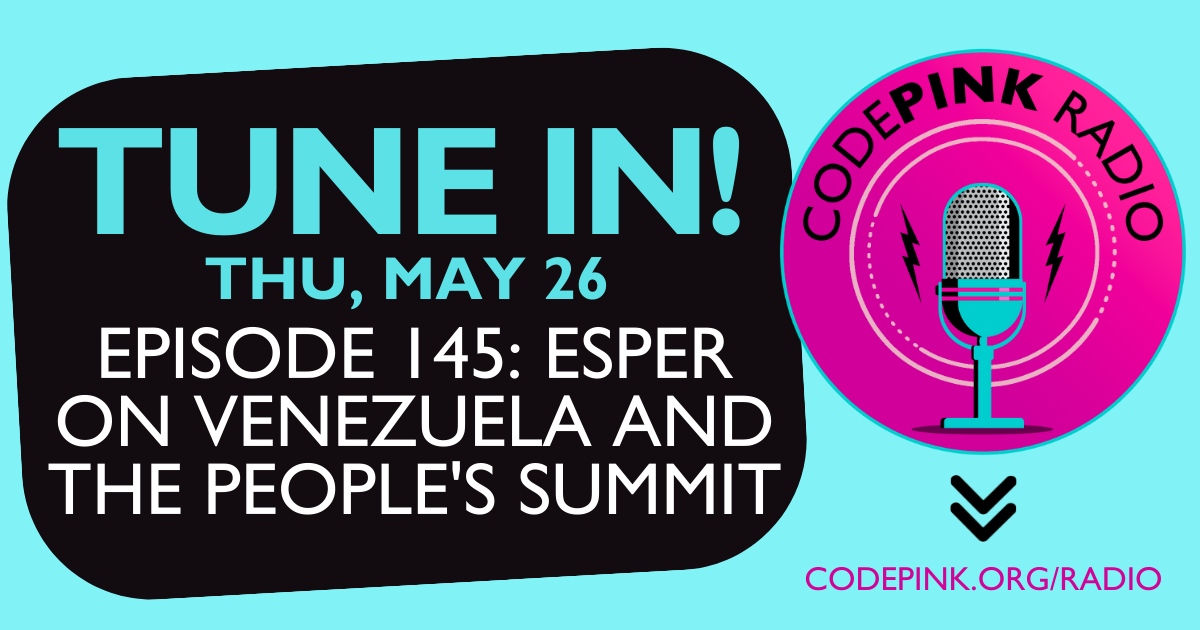 Episode 144: Ukraine, Negotiation, Not Escalation in the Nuclear Shadow

Episode 144: Ukraine, Negotiation, Not Escalation in...

Episode 142: The Urgency of the Julian Assange Case and the Crisis of Press Freedom