Ending the Illegal War in Libya 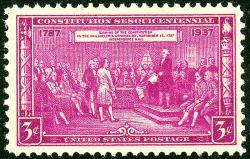 Representative Dennis Kucinich and two cosponsors (Rep Burton and Rep Capuano) have introduced House Concurrent Resolution 51. It is a very simple law - it calls on the US military to withdraw from Libya within 15 days of the adoption of the resolution. It was originally scheduled for a vote on June 1, but Republicans pulled it from the agenda. We will keep you updated on its future.

According to The Hill, the House Minority Whip Steny Hoyer will vote against the resolution because it "would undermine the relationship between the United States and the other members of the North Atlantic Treaty Organization."

And why should we continue supporting NATO? The whole point of the organization is to promote war as the "best" solution to world problems. NATO commands the illegal occupations of Iraq and Afghanistan and NATO troops have been seen on the ground in Libya.

Last month, NATO forces killed four innocent people in Afghanistan, which led to an anti-NATO demonstration. During the repression of that demonstration, 12 people were killed and 70 were wounded.

US foreign policy should not rely on the killer instincts of an antiquated alliance. Our government should work with the African Union and the United Nations to broker a diplomatic resolution to the Libyan civil war.

But even if you think NATO is the bee's knees, you should support HCR 51. Why? Because there's this little thing called the Constitution and a little law called the War Powers Resolution that is being violated. The war in Libya is illegal - it is illegal because there is no  Congressional mandate for military action - and it must be stopped on constitutional grounds. Don't listen to the lies of hawks, including Senator Harry Reid, who think 2011 is a magical time when separation of powers became antiquated. POTUS cannot start a war and must immediately cease military operations when not explicitly approved by Congress.