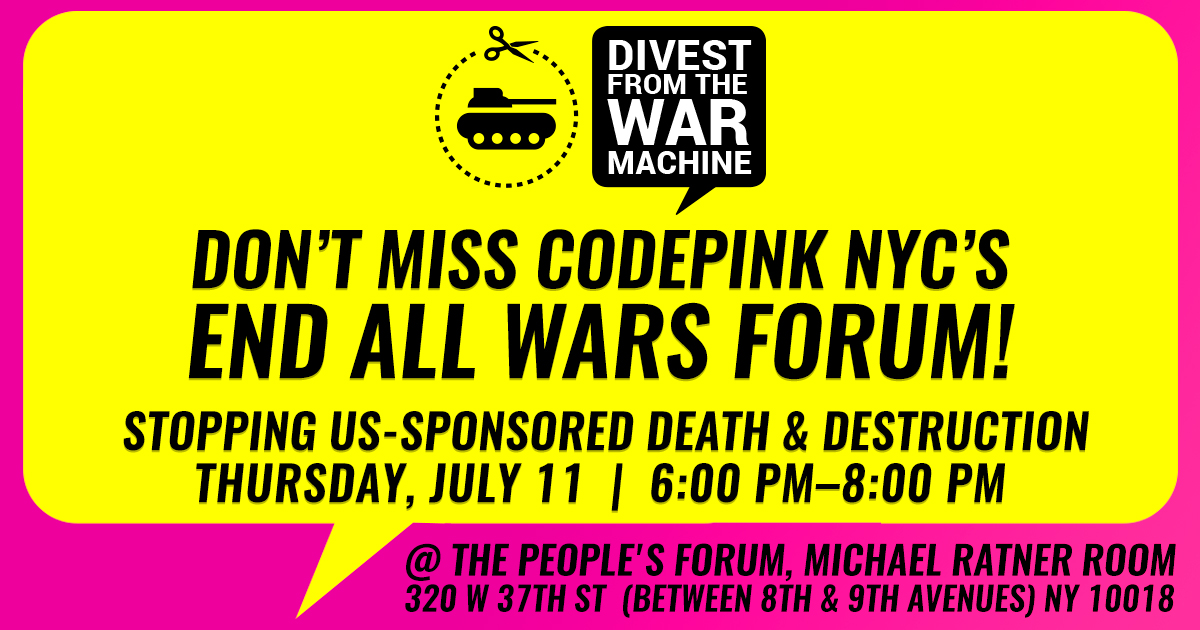 Why are our communities invested in war? How can we divest our dollars from death and destruction?

While a staggering 64% of the U.S. federal discretionary budget goes to militarized spending, our universities, pension funds, churches, and banks remain invested in weapons manufacturers and defense contractors that make a killing on imprisoning and killing innocent civilians at home and across the world. The U.S. government is the top arms dealer to Saudi Arabia, which has launched airstrikes on Yemen since 2015, many with American weapons. Over 60,000 Yemenis have been killed in what many call the world's largest humanitarian crisis. Now, the government is threatening war with Iran - which can only lead to more devastating human consequences. While innocent people die at our hands, CEOs of weapons companies pocket enormous profits through public and private investments.

How do we create a world where war is no longer normal? How do we transform our government so our economy no longer profits from oppression and murder?