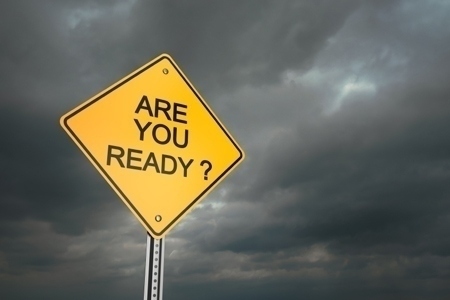 I have divided this report into two sections: the email inviting me to participate in the exercise, and my experience/observations of the exercise.

Email I received inviting me to participate

Thank you for expressing your interest in volunteering for Urban Shield 2015.  Due to the overwhelming response of volunteer applications received this year, we realize you may not have been selected to participate, however we would like to offer a similar opportunity for you:

Our partners from the Building Owners & Managers Association (BOMA) in San Francisco are looking for volunteers to assist them with a training exercise this Sunday, September 20, 2015 from 8:30 a.m. to 12:30 p.m.  If you are interested please see the details and contact information below.

BOMA San Francisco is holding a 2015 Joint Training Exercise on September 20, 2015 at the Ferry Building, and they are looking for volunteers.  Details below.  Your volunteer commitment is essential for this drill to be successful; what you take away will be valuable to you and your organization.

What (Scenario): Simulation of an improvised explosive device event during the weekly Farmer’s Market.

The drill requires volunteers for the following fun roles:

As a volunteer you will have the opportunity to:

Overview of the session

“Simulation of an improvised explosive device event during the weekly Farmer’s Market” It was announced at the beginning of the session that they were simulating the BOSTON MARATHON BOMBING. We had not been told of this specific scenario in advance.

My sense is that we are more likely to meet disaster due to PG&E failure, coal car derailment, oil pipeline leak/explosion, earthquake, etc. than from “terrorism” of the kind they want us to fear.

The email I received inviting me to participate in the emergency preparedness training exercise was sent by a woman named Stacia Keisner associated with CBRE. According to their website, “CBRE is the global leader in real estate services and investment."

What has real estate go to do with all of this?

I am not sure about the relationship between CBRE and BOMA. Also, I do not know if the SFPD or SFFD paid to be trained or was paid to train by CBRE or BOMA. I also do not know if someone else gave money/grants to SFPD and SFFD to participate. For all I know BOMA or CBRE paid for the whole thing. I also don’t know what the relationship is between BOMA, CBRE and the Equity Office Partners (Ferry Building Management Team). And what about Department of Homeland Security or Urban Areas Security Initiative (UASI)? Neither is mentioned.

I am guessing the average volunteer victim had a minimum of a HS degree and then some two- or four-year college degree or post HS training. The group was racially diverse. There were both men and women with a few families with children participating. Maybe there were 10 children under 12 and a few teens. People came from many Bay Area communities. None of the volunteer victims was disabled nor had a simulated prior disability.

I asked about a dozen volunteers why they participated. Most I talked to said they fell into one of these groups: (1) Employees (e.g., building managers) of real estate management firms who need to be certified in disaster preparedness in order to work in tall buildings in SF.  (Apparently tall buildings have different safety standards.) (2) Students in EMT and other related programs at community colleges. (3) Curious people like me. (4) People wanting more disaster preparedness experience. (5) Urban Shield volunteers who applied to participate in Urban Shield and either did participate, or had not been able to participate in Urban Shield.

I talked to about half a dozen young volunteers about Urban Shield 2015, in the context of demonstrations against Urban Shield. I argued that emergency preparedness was critical but that it needed to be separated from militarization. I gave the response to Hurricane Katrina as an example. They all got it and agreed the two needed separation.

SFPD and SFFD supposedly participated in order to hone their skills and provide an opportunity to train others.

I learned that SFPD has (besides the usual patrol cars), a bomb squad truck and trailer, a mass casualty truck (I don’t know what’s in it), and a separate casualty unit that seemed to be stocked with emergency supplies.

The rules of the exercise were explained to us. We waited around and then went down to the area behind the SF Ferry Building near the Gandhi statue …irony???  It had been cleared of pedestrians. We were given somewhat confusing instructions about where to place ourselves when the clock struck 9 AM and "disaster" was scheduled to strike.

It took a while for help to arrive. Of course that would be par for the course because in real life the “help” has to be summoned. The police, SFFD and paramedics seemed a little unsure about where they were supposed to be and what to do. Those of us who were ambulatory were walked to the front of the Ferry Building only to be asked to go back to where we started. Then we were asked to return to the front of the building. When I tried to act in accordance with the information on my injury card (hearing loss and burned hands) no “helper” seemed to take note. They seemed a bit confused about what they were doing. I don’t know if that was because they genuinely were confused or whether the organizers had not been clear about the BOMBING scenario.

Volunteer victims were triaged and directed to Red, Yellow or Green tarps. With time, more help arrived. About 22 minutes into the scenario the SFPD Bomb Squad arrived. They had bomb-sniffing dogs with them. They were charged with finding clues and to see if there was another bomb. Apparently they found another “active” bomb which they neutralized by simulated detonation. None of the victim volunteers witnessed this detonation. We only heard a large bang.

The “help” began inspecting the Red alert victims and gradually sorted them again according to severity. In priority they moved the most needy to stretchers and put them in real ambulances. They occasionally checked on the YELLOW and GREEN victims to see how we were doing.

Most victims had no idea how long it was going to take to get help and how long it would be before the help showed up. Some of the victims were disturbed by this realization and by noting that they might never get helped. Interestingly, this exercise was conducted in a quiet setting without passersby. I don’t know what would have happened if this had been a crowd setting. A lot of confusion I guess.

Some of the “help” had their bare skin exposed and unprotected and were covered in fake victim blood. Not good. They need more protection. What if this was a real situation? The “help” was courteous. We were forewarned that the SFPD and some security guards were fully armed for our safety and theirs, in case someone got violent. The volunteer victims, including me, found this disturbing. However, the SFPD did not act aggressively during the exercise. They were polite.

The whole exercise from beginning to end (not including orientation and de-compression at the end) took 1 ½ hours. I would say there was little discussion of what the precipitating event was when the “help” talked to the victims.

1. They need to be better organized. I am not sure where the breakdowns occurred: in the organizers' preparation or in the “helpers'” preparedness or both.

2. They need to be better at explaining to victims what is happening and giving updates. In real life, I assume victims will harass “helpers” with questions and pleas for assistance and info.

3. They should assign each victim a buddy so each person has at least one advocate and one person who looks out for them.

Police and Fire Departments and other related departments need emergency preparation training but so does the public because “help” could take days to arrive if it ever does. But that of course is not a lucrative avenue.

2. There needs to be much better coordination among disaster agencies and the training needs better organization.

What to be done next

I have three suggestions:

One of the volunteers had fake red blood painted on his forehead and one cheek. He stepped outside for a moment with spotting his painted face. I think he went out for a cigarette but I am not positive about this. A street person (a man) came up to him, looked at his face and said, “This happens to me all the time.”  I think he was wanting a ciggie off the guy.

Eleanor Levine is a local organizer with Bay Area CODEPINK