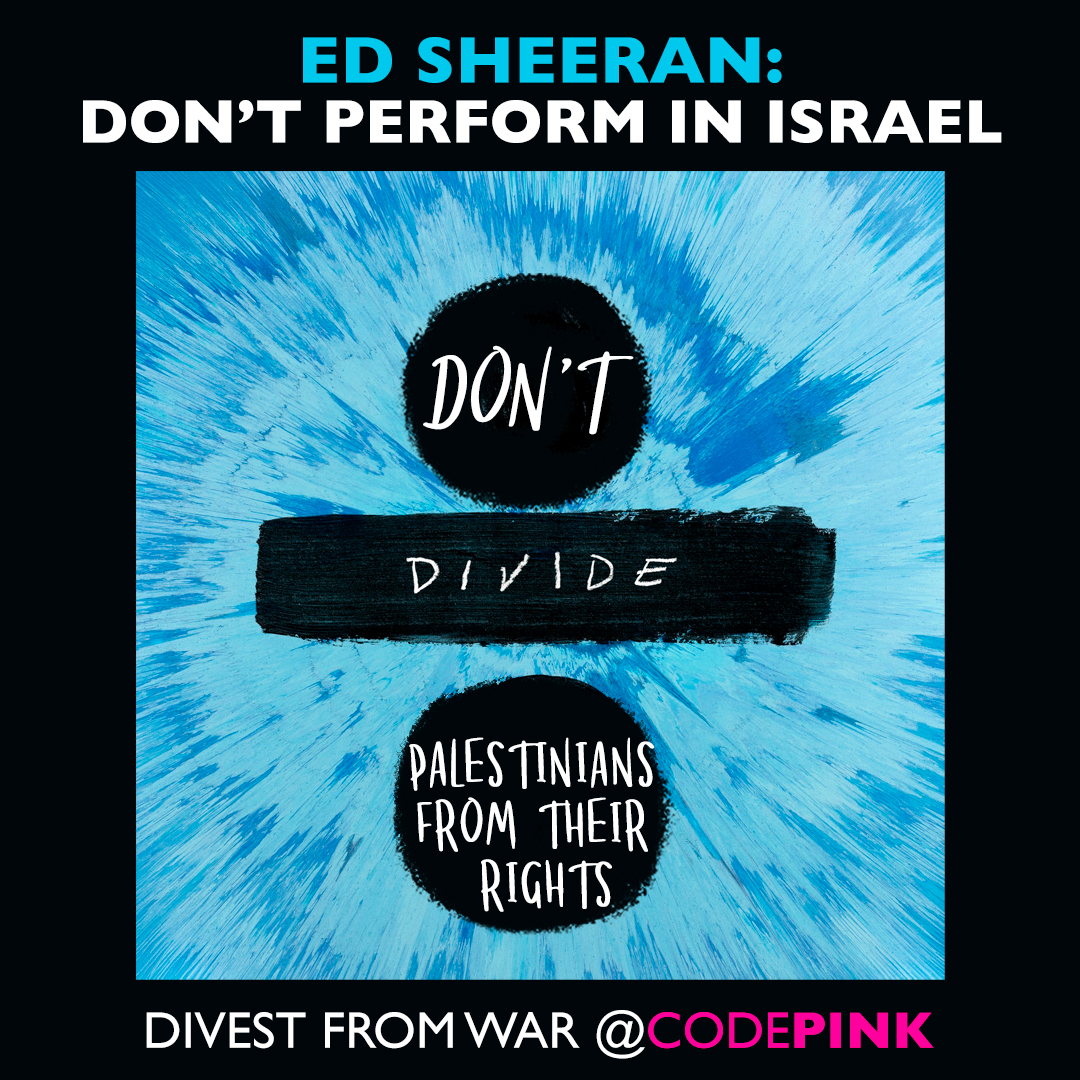 We appeal to you: Stand against the oppression of Palestinians, don’t perform in Israel.

On October 30, Haaretz reported that you are in advanced negotiations for a summer 2019 concert in Israel. Accepting this show would allow your name and music to be used to whitewash the merciless occupation and apartheid of the Palestinian people.

Palestinians in the West Bank and Gaza live under a brutal military occupation. In the West Bank, they face checkpoints, home demolitions, and a military court designed specifically for children. As a direct result of Israel’s siege, Palestinians in Gaza are in a dire humanitarian crisis: 97% of the water is undrinkable, electricity is available for only 4 hours a day, and hospitals are without sufficient supplies. Since March 30, over 200 Palestinians in Gaza have been killed by Israeli snipers. Thousands more have been injured.

Last summer, you participated in the Amnesty International global concert series to support refugees. But if you perform in Israel you will be sending a message to over 5 million Palestinian refugees across the world and the over 70% of Palestinians in Gaza who are refugees that their rights do not matter. One of the core tenants of the call to boycott Israel is that Israel must honor the right of Palestinian refugees to return to their homes and lands in accordance with international law. Amnesty International speaks up regularly about these egregious violations of Palestinian human rights. Will you speak up as well by declining to perform in Israel?

During the past year, both Lorde and Lana Del Ray cancelled concerts in Israel upon hearing about the plight of Palestinians. Actress Natalie Portman declined to accept an award in Israel because of the killings in Gaza. Cancellations or refusals to perform in Israel over the years have included legendary artists including Lauryn Hill, Gil Scott-Heron, Elvis Costello, Roger Waters and others. We hope you will add your name to this list of artists who stand for justice.

Towards freedom and dignity for Palestinians,