Say No to a $7 BILLION Anti-China Bill

Despite all of CODEPINK’s warnings and protests, the anti-China bill H.R. 3524 The Ensuring American Global Leadership and Engagement Act, or EAGLE Act, is going to a vote in the full House of Representatives.

We rallied outside of Nancy Pelosi’s house asking her to block the bill because it would appropriate more than $7 billion of our tax dollars to military contractors and $225 million to military training in the Asia-Pacific region, pollute the earth with military waste, destroy the environment with military infrastructure and exercises, and spread racist and xenophobia anti-China propaganda through the US Agency for Global Media. (Read the recap of the action and see more media here.) 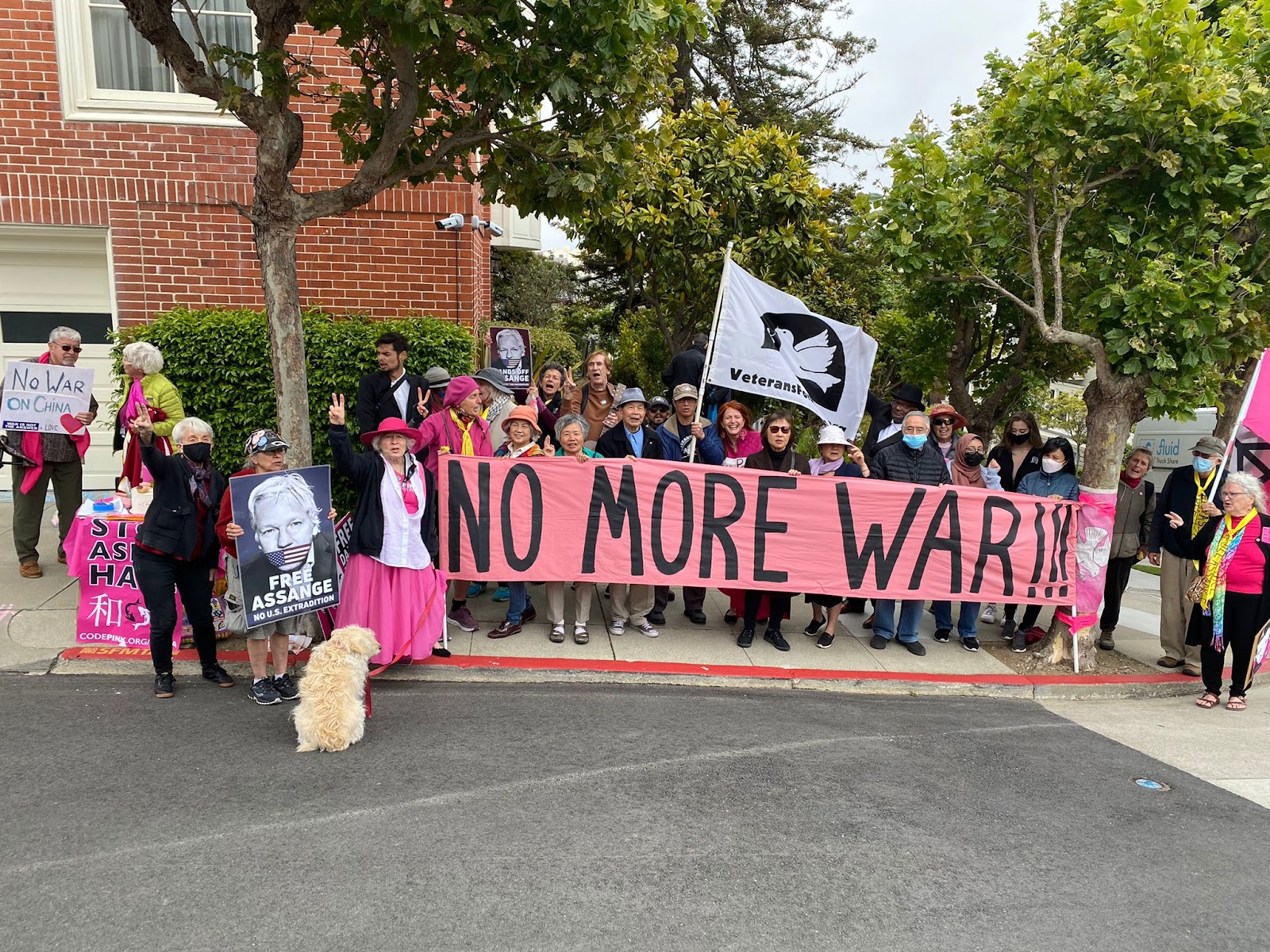 Now we need you to sign our letter to Congress demanding that they vote no on the anti-China EAGLE Act! We know U.S. imperialism impacts people outside of the United States the most, so we invite all people to send a message to Congress that this anti-China fueled militarism must END!

The EAGLE Act is the latest multi-Billion dollar anti-China bill being considered by Congress, but if we let it pass the House without opposition, it won’t be the last. The EAGLE Act builds on the Asia Reassurance Initiative Act of 2018 by expanding and increasing the bill’s billion-dollar allocation to the Department of Defense.

The military spending in the EAGLE Act is anything but “defense” as Department of Defense spending pays for aggressive war games at least 6,000 miles away from the U.S. mainland. These war games like the biennial Talisman Saber exercises in Australia and the Pacific Griffin exercises in Guam destroy natural ecosystems and worsen the climate crisis; the military itself admits these exercises kill and maim over 81,000 marine animals every year in and around Guam alone. Even more revealing, the EAGLE Act’s text refers to the Asia-Pacific region as “the United States Indo-Pacific” in a bold assertion of the U.S.’s belief in its right to dominate and militarize the Asia-Pacific region across the ocean.

Tell your member of Congress to vote no on more funding for militarism and environmental destruction in the Asia-Pacific region. Tell them to vote no on H.R.3524, the EAGLE Act! And to read more about the dangers of the EAGLE Act, check out our article in CounterPunch here.

We have watched as numerous dangerous and expensive packages of legislation isolating China have passed the Senate with little debate and even less media coverage — now we have a chance to push back and stop The EAGLE Act in the House! Let your Representative know that China Is Not Our Enemy and that we need legislation that encourages cooperation with China, not militarized aggression and racist propaganda.