We, the undersigned, call on President Obama and his administration to release the names of the civilian victims of drones that correlate with the 64 to 116 people they estimate have been killed. Independent investigators have estimated that the true number is as much as eight times higher, but with no transparency, it is impossible to verify what the true toll of drone strikes on civilian victims is.

We ask that President Obama release the names of the victims and the methodology that lead to these numbers immediately! 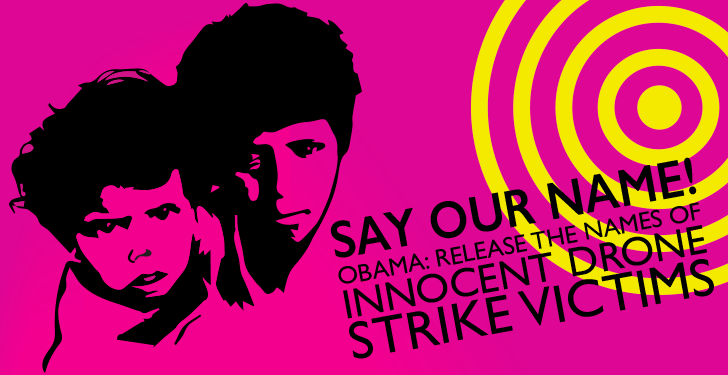