Activists in Rhode Island Campaign to Divest from the War Machine

A new bill in the Rhode Island legislature would require the State of Rhode Island to divest its state pension funds from weapons manufacturers and military contractors. 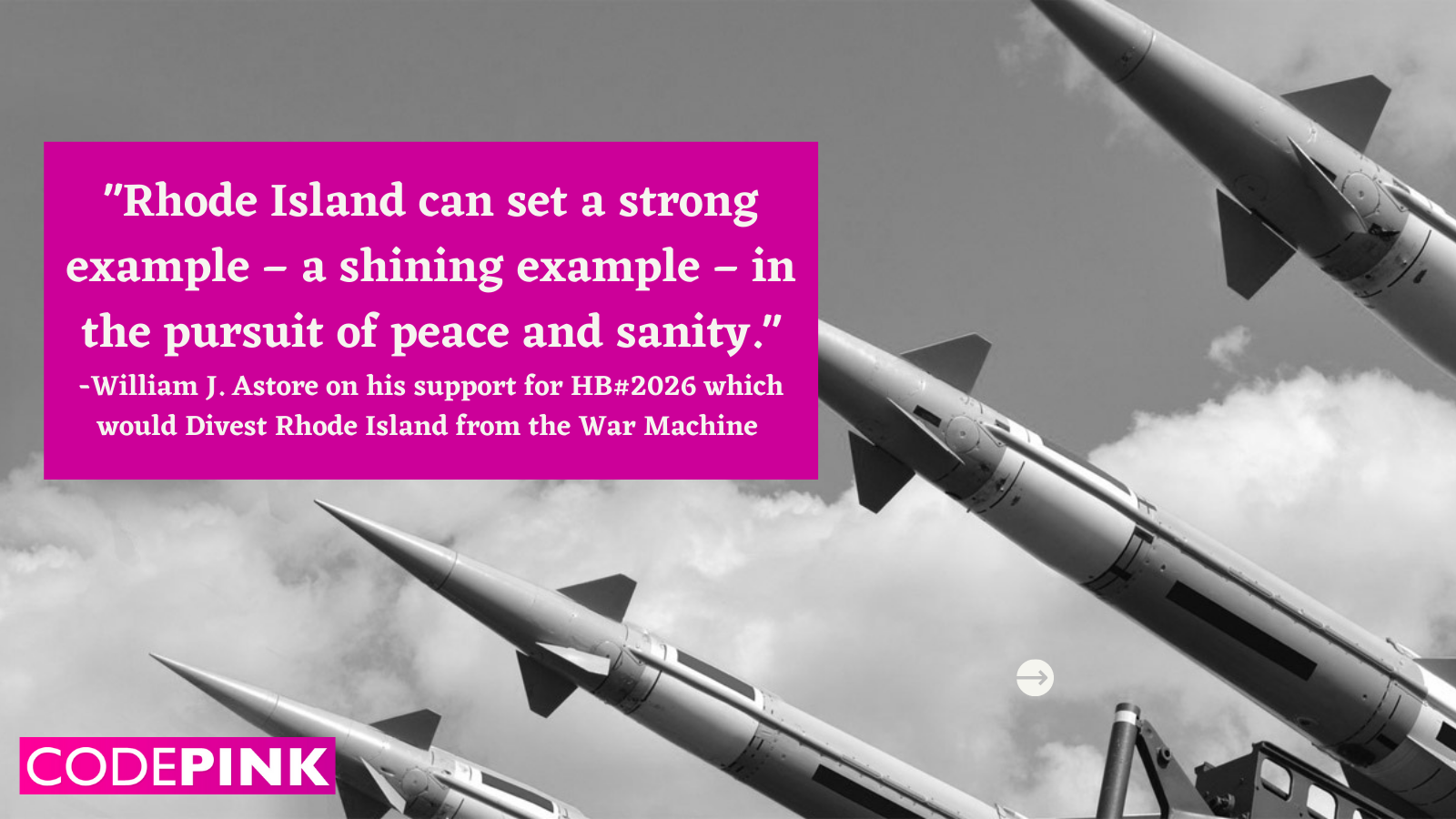 🎉Exciting news: there is now legislation in the Rhode Island state legislature which would require the State of Rhode Island to divest its state pension funds from weapons manufacturers and military contractors!

To show wide-spread support for the bill, activists with Just Peace Rhode Island called on residents to give verbal and written testimony in support of HB#2026. William J. Astore, an acclaimed author and anti-war activist, submitted written comment which he published in the LA Progressive as an Op-Ed, making an eloquent case in favor of divesting from war and investing in peace and sanity.

Activists with Just Peace Rhode Island created a Divestment Fact Sheet to educate the public about the urgent necessity of the bill, stating that divestment from war: