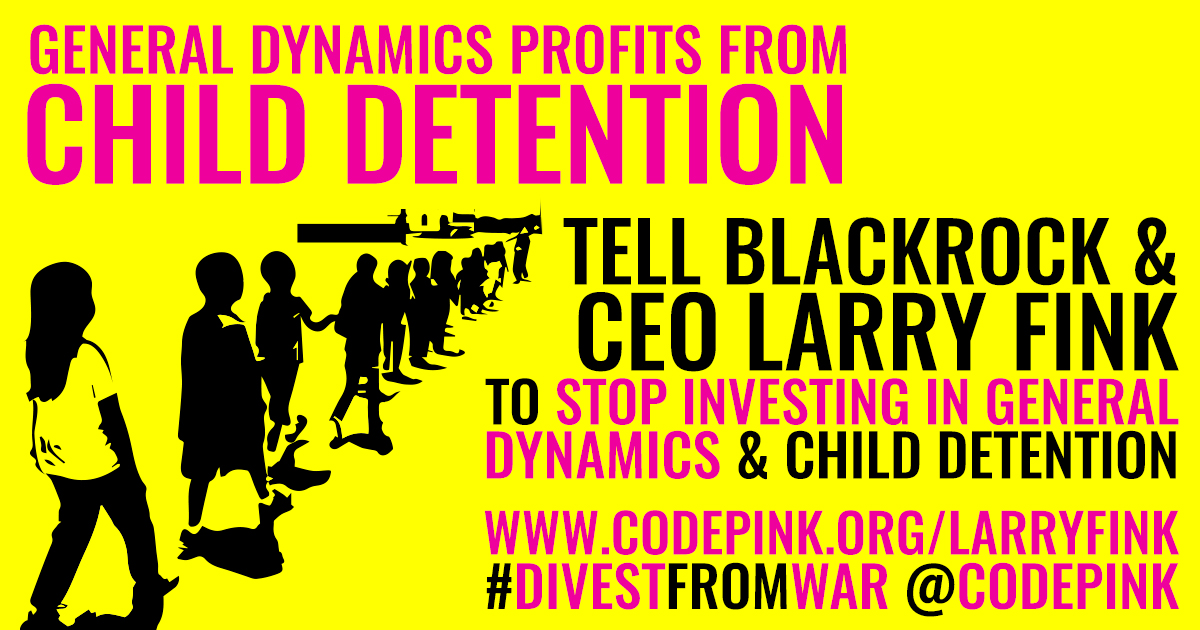 In a groundswell of global engagement to say no to separating children from their parents, CODEPINK has joined the Families Belong Together uprising at our borders, in our streets, and in the halls of Congress. We are horrified at the indefinite detention of migrant families as the solution to family separation. Instead of helping these families rebuild their lives, the U.S. is granting military contractor General Dynamics the opportunity to make a profit from the incarceration and criminalization of innocent migrants.

What does a war profiteer know about helping children and families? General Dynamics is a weapons manufacturer which has provided arms to Saudi Arabia, Israel, Iraq, and Turkey. It directly benefited from the U.S. invasion of Iraq and has a history of defrauding the U.S. government.

The fight for migrant justice is global. In a month, CODEPINK will be in Greece to meet with migrant women’s group the Melissa Network and talk with refugees living at the City Plaza Solidarity Space. Between August 7th and 22nd, the team will meet with the Dirty Girls of Lesvos, an environmental and migrant support group on the Greek island of Lesbos. The remainder of the trip will be spent on the island delivering socks and providing support to migrants and war refugees living in camps. Consider purchasing a new pair of socks or baby shoes, or mail socks to our office.