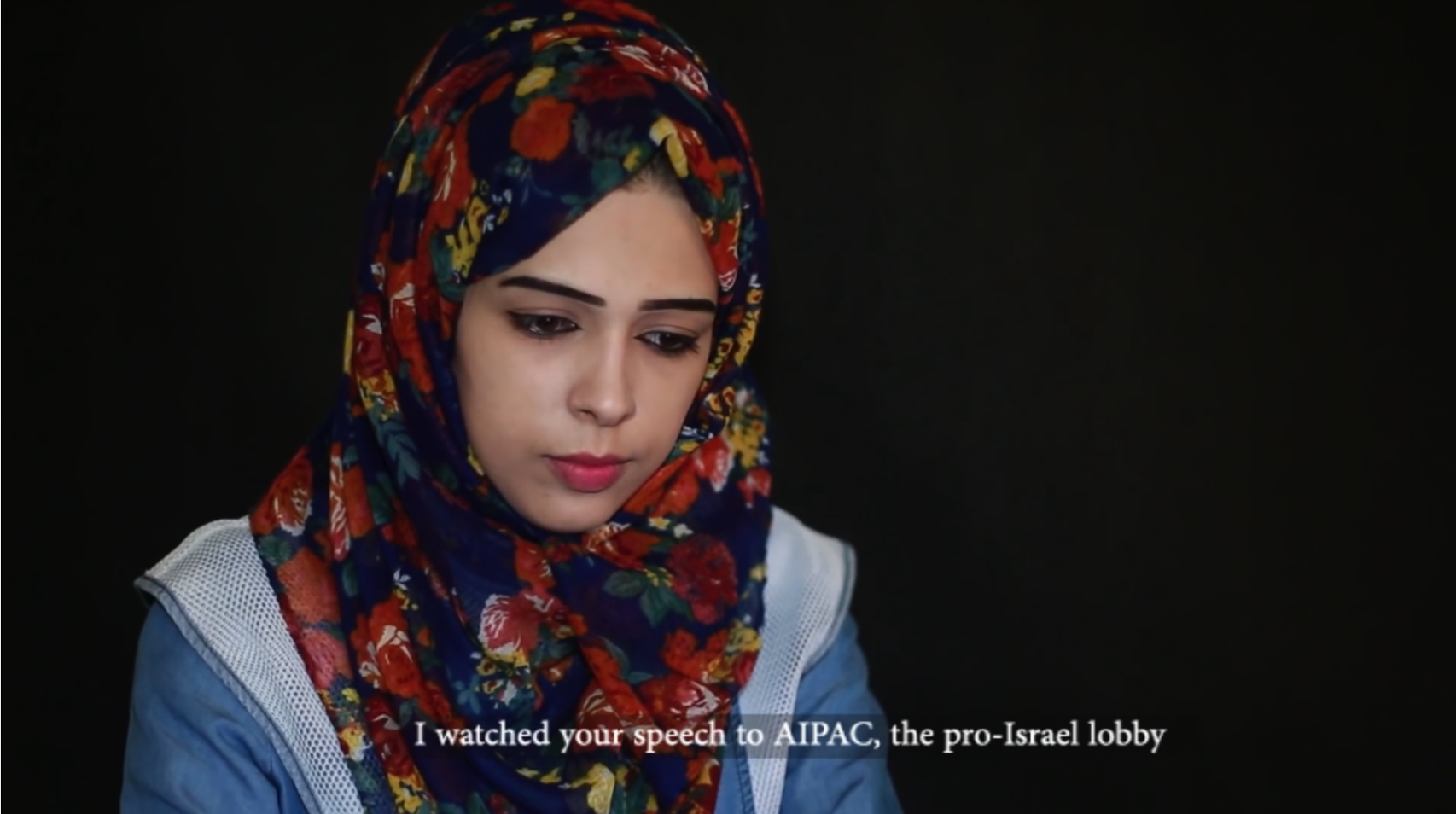 U.S. elections have an outsized effect on the residents of many countries, but among the most impacted are those imprisoned in the occupied Palestinian territories. In this video, 21-year-old Besan Aljadili, a writer for We Are Not Numbers in Gaza, responds to the nomination of Hillary Clinton for U.S. president.

In her acceptance speech, the former Secretary of State talked about how proud women should be of her status as the first female to be nominated for America's highest office. But will Hillary Clinton listen to a fellow female, half a world away, who feels she and her people have been rejected and trivialized? Watch and share.