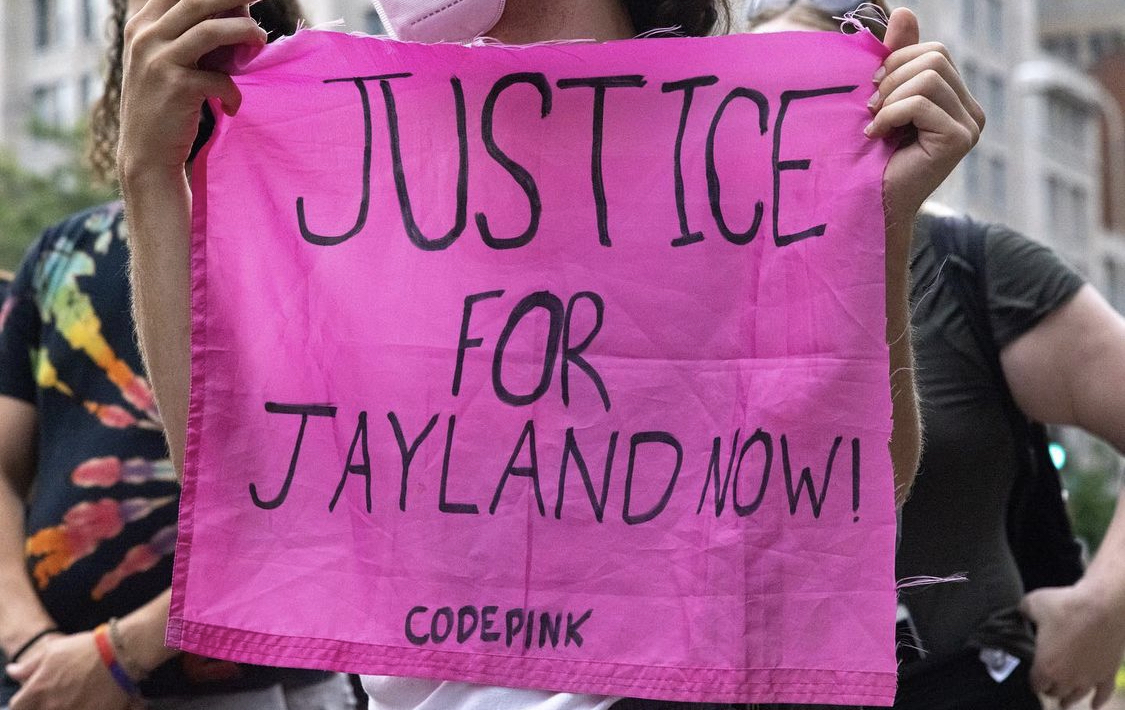 On June 27th, 2022, the Akron Police Department killed Jayland Walker, 25, during a traffic stop turned car chase. At least 8 officers fired over 90 shots at an unarmed Walker, confirmed by the recording released some days later. According to the Washington Post, he is just one of the 586 people shot and killed by the police in the United States this year.

In response and in mourning of Jayland Walker, The DC Chapter of the Alliance Against Racist and Political Repression (DCAARPR) partnered with several other organizations to hold a vigil and rally outside the Department of Justice on July 8th. Their demands were as follows:

As the DCAARPR press release reads, “We must demand a future in which working class people, not the political elite and well-connected, have a direct say over who polices them and how they are policed…The time to build that future is now!” The release was cosigned by Anakbayan DC, Bethesda African Cemetery Coalition, Claudia Jones School for Political Education, CODEPINK, CovertAction Magazine, DC Communist Party, DC Young Communist League, Defending Rights and Dissent, Harriet’s Wildest Dreams, Palestinian Youth Movement DMV, and Pan-African Community Action.

These organizations and other supporters joined together to pray, sing, and hold libations in remembrance of Jayland Walker. After this, various organizers spoke to the issues and work ahead of us. 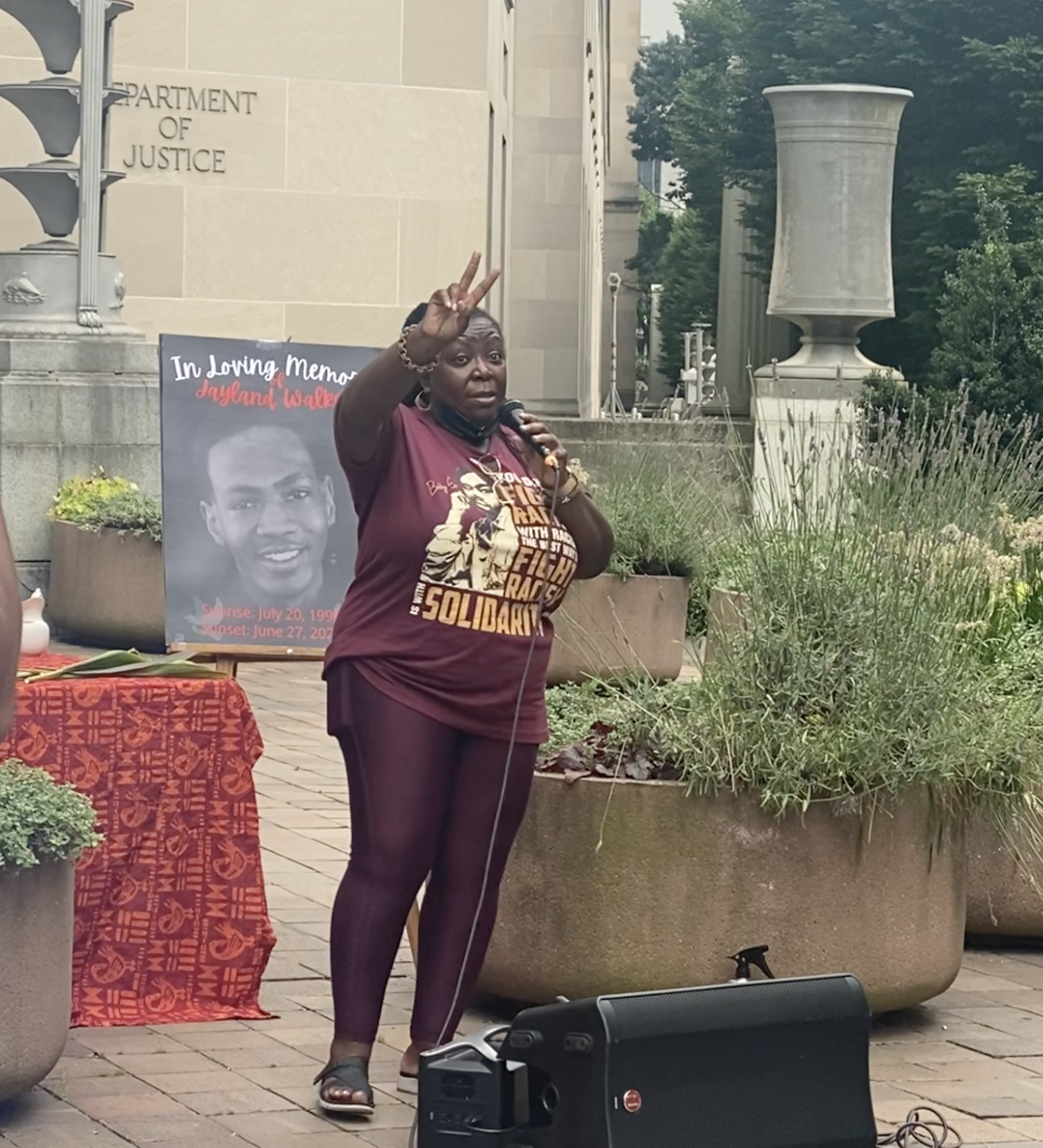 Jackie Luqman, from Pan-African Community Action, spoke to the need for international solidarity. “We need to do two things… One, we need to develop international solidarity with people around the world who are struggling against imperialism on the outside… People who look just like us are going through the exact same thing… The second thing…it’s our responsibility to fight to kill this beast from the inside,” she declared.

The struggle against US state violence is an international struggle. The same resources being used to terrorize Black communities in the US are those being used to dominate and repress the people of Africa, Latin America, Asia, and even Europe. As multiple speakers at the event noted, the Pentagon has been militarizing local communities across the US for years under the 1033 program, allowing the transfer of weapons of war to local police departments. Ohio alone received over $65 million worth of equipment from the Department of Defense between 2010 and 2020.

With this in mind, we continue to fight to disinvest from violence against peoples around the world and here at home so we can instead use those resources to build truly peaceful, safe, and sustainable communities.