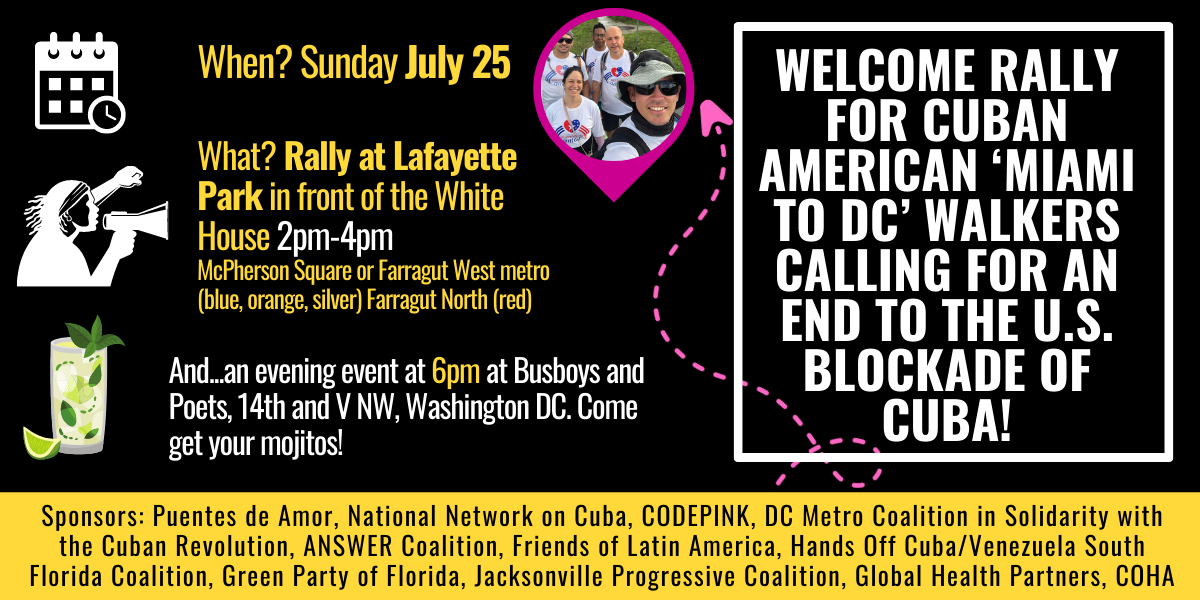 July 25 Welcome Rally for Cuban American ‘Miami to DC’ Walkers Calling for an End to the U.S. Blockade of Cuba!

Carlos Lazo, a Cuban-American school teacher and Iraq war veteran, has been on a 1,300 mile pilgrimage -- with six other Cuban Americans—all the way from Miami!  He  will arrive in Washington, DC to present the Biden Administration with a petition signed by over 25,000 calling for an end to the U.S. blockade and demanding:

Let’s be there to greet them and support his project of building bridges of love between Cuba and the United States. Join the call to end the U.S. sanctions now.

And... an evening event: Carlos Lazo will also give a talk at 6 pm, July 25, at Busboys and Poets, 14th and V NW, Washington DC. And Busboys is opening its doors to a celebration of Cuba all day and night. Come get your mojitos!

*We will no longer be holding a car caravan