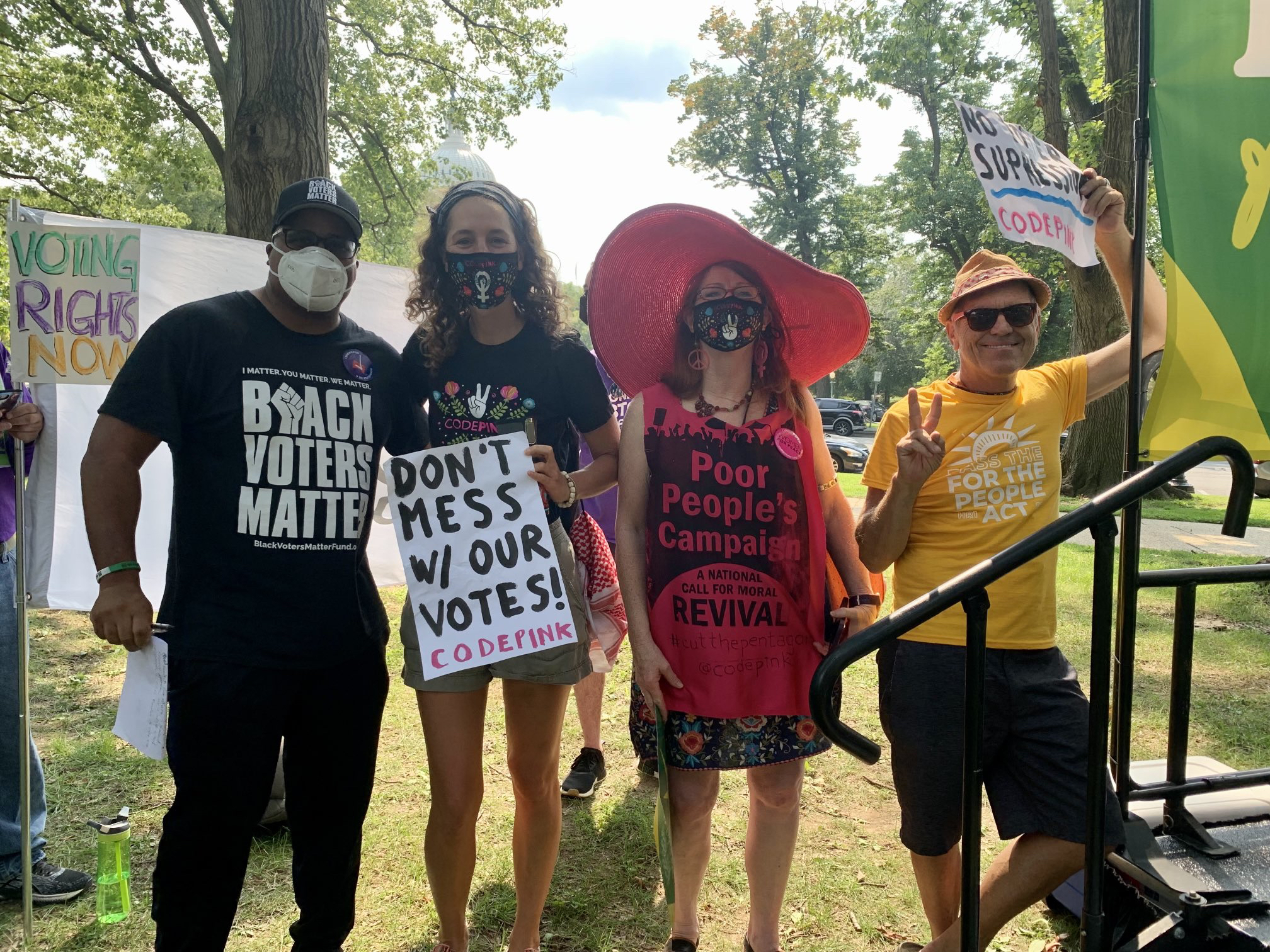 On Day 3 of #CutThePentagon we joined #Finish the Job: For the People” because as MLK jr knew all the ills cannot start to be addressed, if the people can’t vote. Voting is the bare minimum if we are going to work towards a Democracy.

The first speaker was Senator Amy Klobuchar from Minnesota, who read some lovely words about the rights of the people so Michael and I approached her after to ask her about the rights of the indigenous people of her state to water and if she would stop Line 3.  She refused to acknowledge our presence except to run from us and be cold as ice, covered by her phalanx of staff.  In her speech she kept addressing the chaos of not having voting rights, but failed to address the climate chaos her inaction continues.

We next heard from Senator Jeff Merkley of Oregon, who spoke about the importance of everyone having the right to vote, which made me curious that they were all Senators the farthest thing from representing a Democracy. 50% of the Senators represent 16% of the US voters. But this is Washington where they keep voting for the rich while telling us they care about the people. After his words I went up to thank him and ask if he was for cutting the pentagon. His response was clear and obvious he had been thinking about it, “Yes, we must stop the funds flowing to wars, I am voting no on the NDAA.” 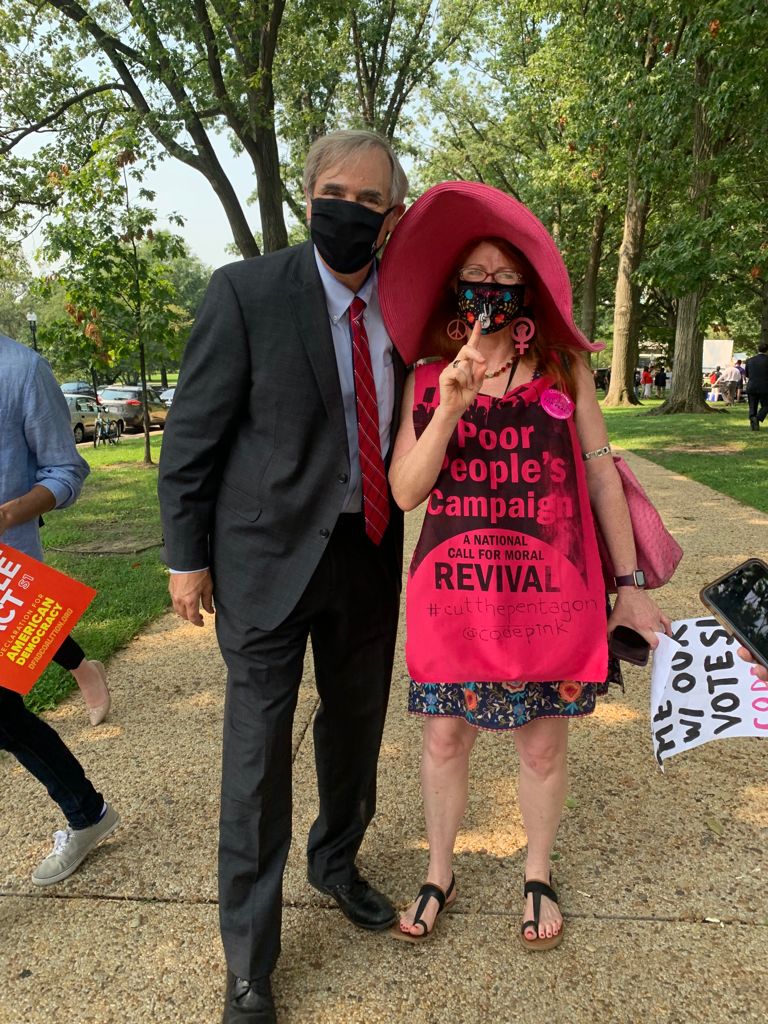 We then heard from Martin Luther King III who evoked the words of his father and had flown up to be with everyone from Atlanta, Georgia.  As he was standing in the crowd, I spoke to him about #CutThePentagon.  He was very excited to agree that it must be cut and introduced us to his Campaign Manager for follow up. 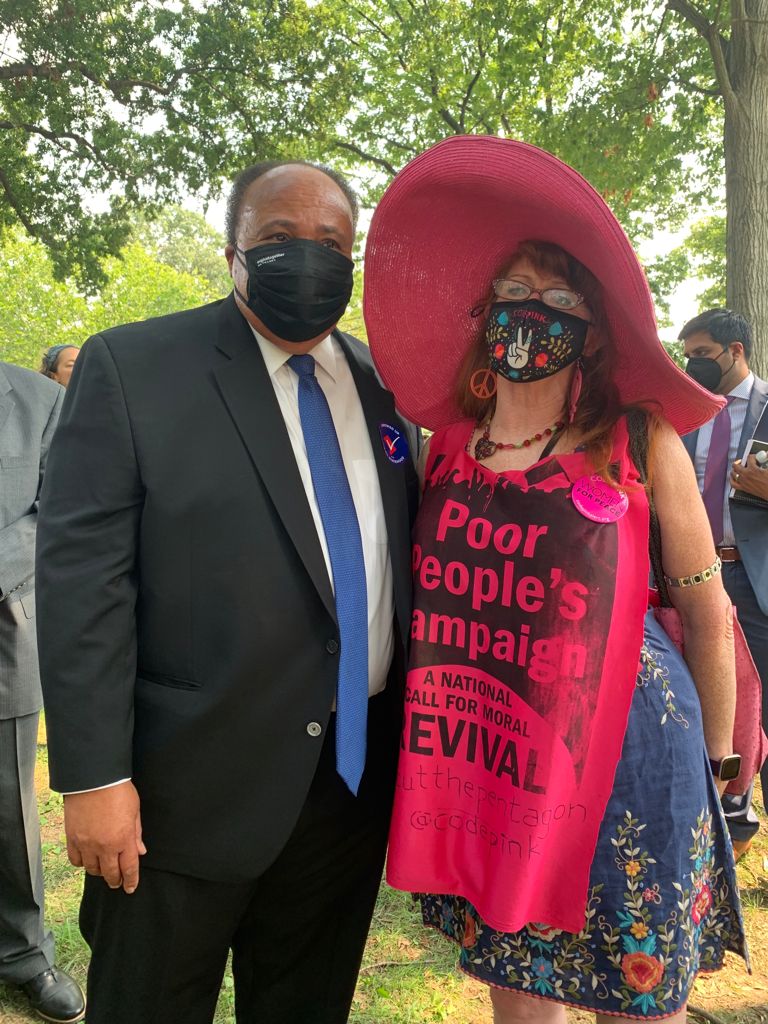 The next speaker was my new Senator from California Alex Padilla.  This was the first time I have been able to see where he stands around issues of war and peace. I was pleasantly surprised that he was as immediate in his response as Merkley and said yes, we must cut the Pentagon, I will not be voting for the NDAA. 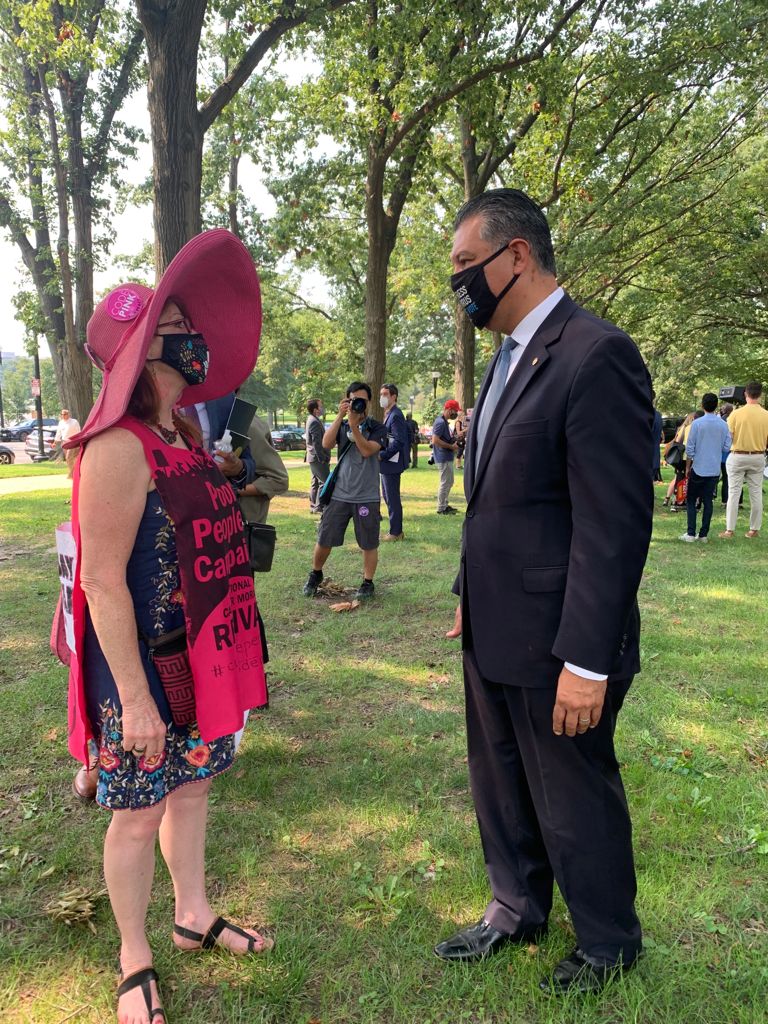 The next speaker Congressman John Sarbanes was a more disappointing.  When we asked him about voting no for more war, he replied that he was not up on the issue.
OMG!  The most important issue in the country, that sucks up the most money and he was clueless.  His response was that he would do more research.

But the last speaker Randi Weingarten, President of the American Federation of Teachers, was very excited to join #CutThePentagon and shared with Olivia that her wife was already engaged in raising up this issue and the costs to the people for the funnel of money to war.

The event was co-hosted by Black Voters Matter, their co-founder Cliff Albright was there to speak and to support #CutThePentagon for People, Planet, Peace and a Future.

A successful day 3 of gathering more under the big tent to end the funding of war and the grift of those that make a killing on killing; the Military Industrial Complex.

A clear message from both members of Congress and the Senate was that they had not experienced a recess and they have been working day and night on the upcoming votes. California stopping the recall the same day was a good sign of push back on using the systems against the people.