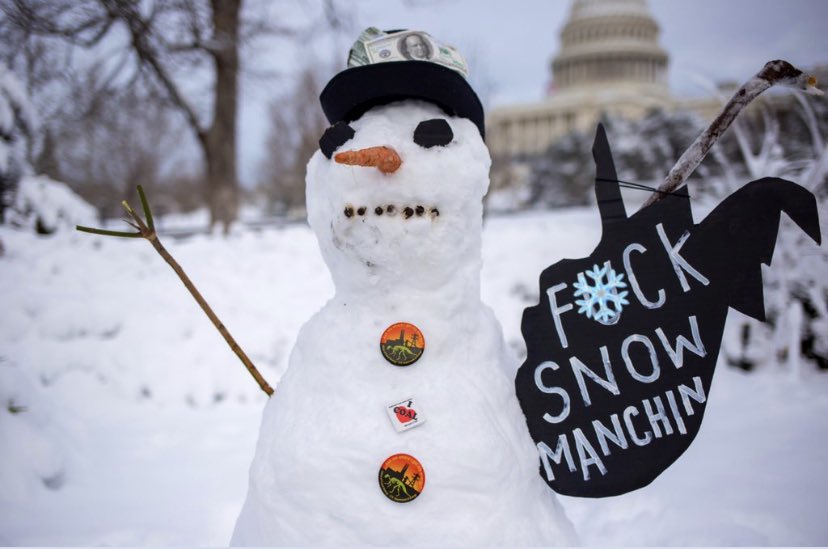 New year, same Congressional hypocrisy of “how do we pay for it?!” when it comes to life affirming programs, but never when it comes to the Pentagon budget. Manchin voted for every single one of the military budgets over the last decade — in 2011, 2012, 2013, 2014, 2015, 2016, 2017, 2018, 2019, and 2020. He voted for all $9.1 trillion and yet he is getting in the way (along w/ Krysten Sinema who we had an encounter with in the fall), of programs in Build Back Better who would actually help the people of West Virginia instead of the fossil fuel industry and military industrial complex.

DC had its first snow of the season yesterday and we headed out to have some fun building a #SnowManchin:

Snow days are great days to call out hypocrisy of @Sen_JoeManchin $$$ to the fossil fuel industry & military industrial complex and not the people & planet… pic.twitter.com/rjE45rCmHb

As Congress comes back and endlessly negotiates bills that the majority of people in the US want and need, we will continue to remind and agitate them on just how quickly they passed the $770 billion NDAA/Pentagon budget with little to no negotiating.