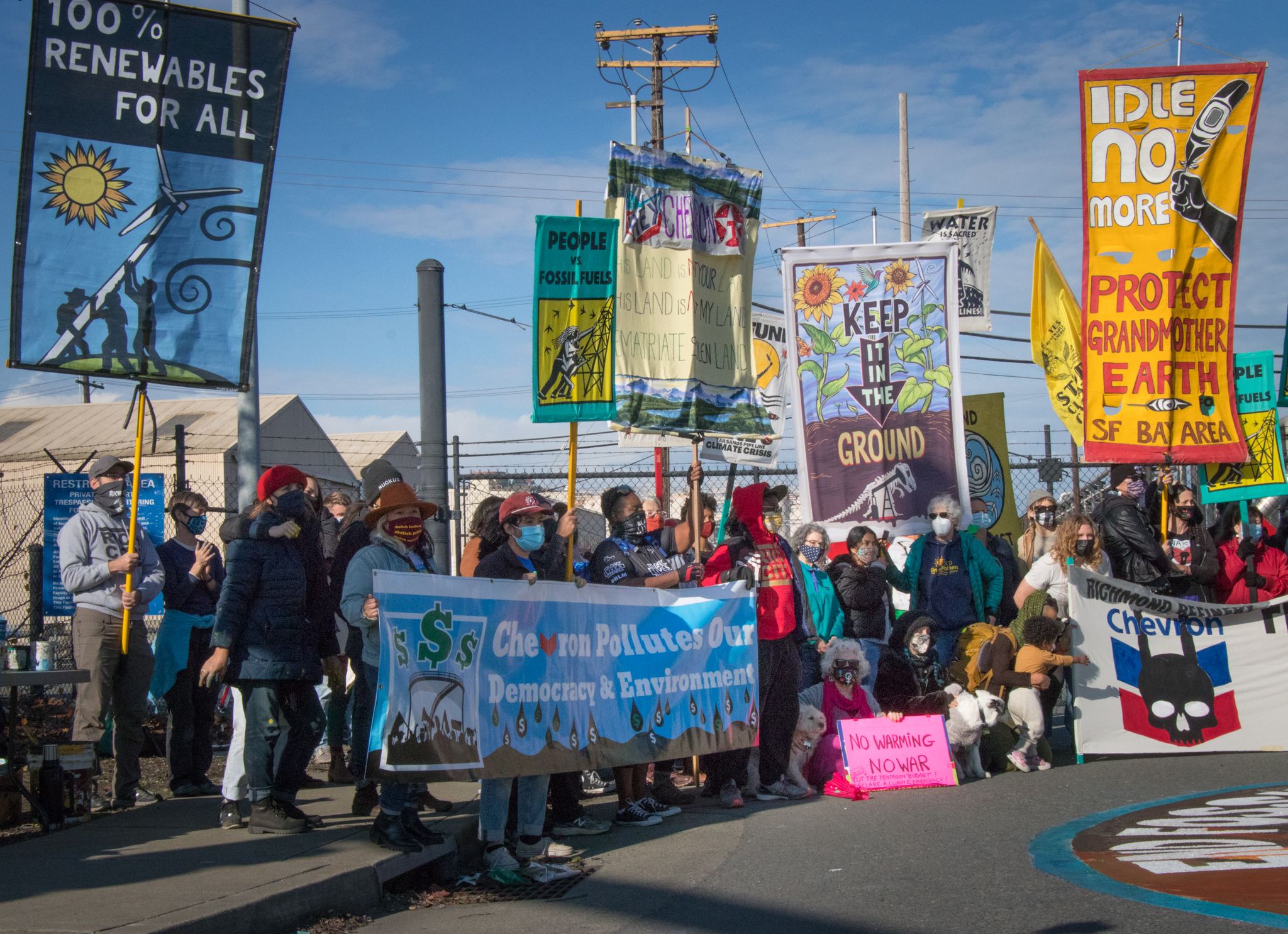 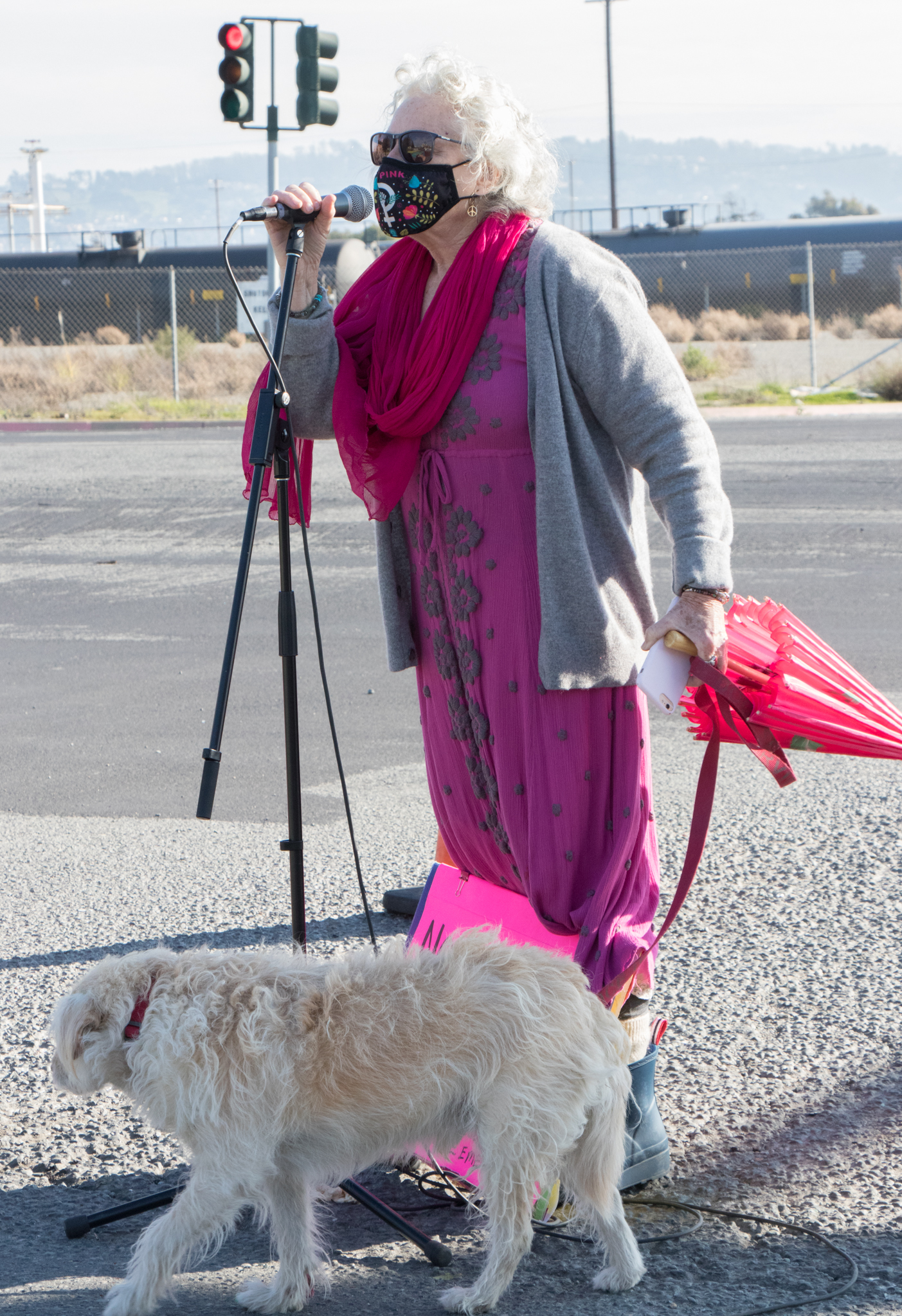 We are very grateful to Idle No More and the Indigenous Women of the Americas Treaty Signatories for inviting CODEPINK to support and speak at the 12/21/21 Winter Solstice Treaty Action held at the Chevron Richmond Refinery. Yesterday, I was privileged to take part in a very beautiful heart-centered action. The weather forecast said 90% chance of rain, but the skies were clear, and the sun shone down on us. David Solnit directed the street mural painting, children and "four leggeds" participated (Luck-key made so many new friends), the speakers were so good, there was cool music to accompany the painting, supporting groups included Extinction Rebellion, 1000 Grandmothers, Sunflower Alliance, Urban Tilth, Youth vs. Apocalypse, CODEPINK, Richmond Listening Project, and others. Annie Hallett came in her raven outfit (see photos) lending a whimsical presence. Peg Hunter's gorgeous photos are here, including one of me.

I prepared a speech at Jackie Barshak's suggestion. Usually, I speak without this level of preparation, so I'm grateful to Jackie because I needed to remember Chevron's role in the Iraq War, and I needed to re-acquaint myself with the many efforts over many years to call out Chevron's role in militarism. I re-discovered this awesome 2008 Chevron anti-war material, for instance. How many of us have traveled to the Chevron Refinery gates over the years to join with the Richmond community and the many groups working to oppose Chevron?

We shut two of Chevron's entry gates! Amazing victory!! Banner holders stretched across the entrances and Chevron capitulated. The Richmond Police were stationed across the road watching, but there were no arrests or hassles as far as I could tell. We heard them say "Move out and clear the entrance" but we didn't move. We stood our ground.

I spoke on behalf of CODEPINK. My prepared speech is below, but when it came time at the very end to step up to the mic, I put my speech away and spoke of what I know:

I felt so blessed to experience this action, the opening prayer, water offering, reading of the Treaty, and sister song.
I was heartened to hear Isabella's call for unity. This is the way we need to go in the coming years, in the time we have left to act. Unity of purpose, supporting each issue, climbing out of our silos, and centering indigenous, women-led, and people of color leadership to rise up against patriarchy, imperialism and capitalism. Thank you again to all who are in action in these perilous times.