CODEPINK and DC-based activists in solidarity with Oa’Hu Water Protectors, Veterans for Peace, Hawai’i for Peace and Justice, Sierra Club Hawai’i, and other water protectors projected messages demanding the closure of leaking fuel tanks at Red Hill on Honolulu, HI, onto the Navy submarine USS Balao Conning Tower outside of the US Navy Museum in Washington D.C. on Friday. 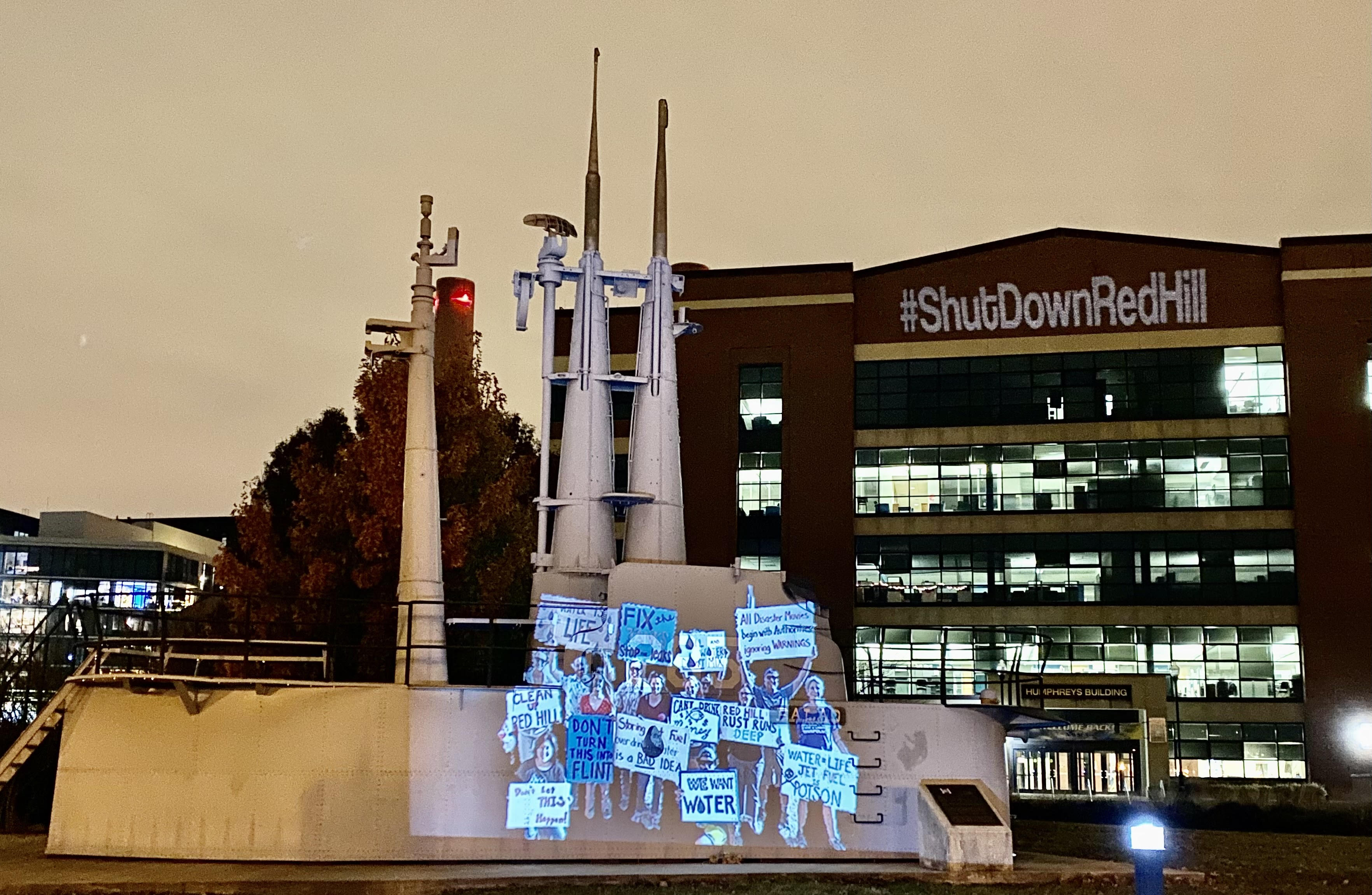 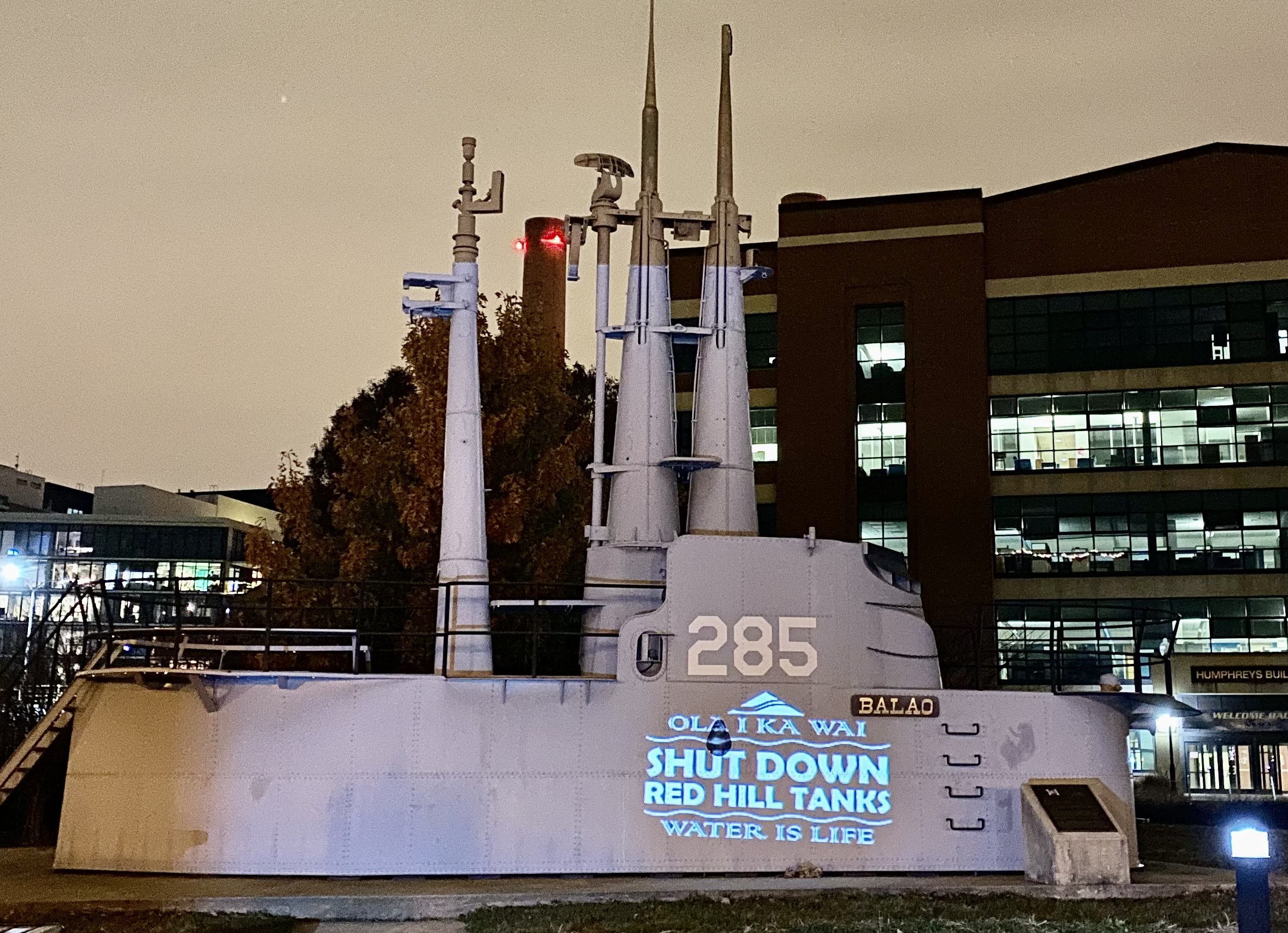 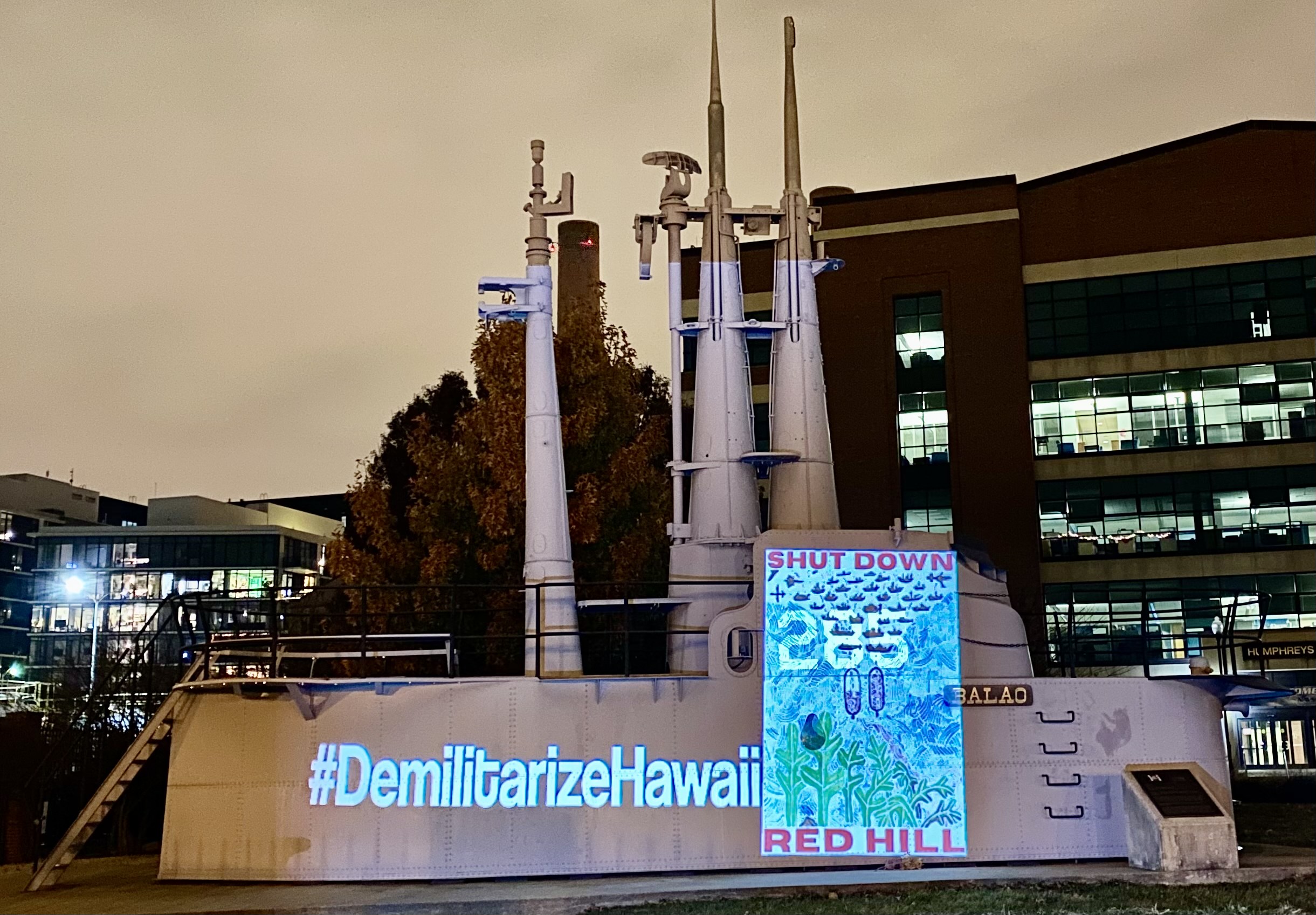 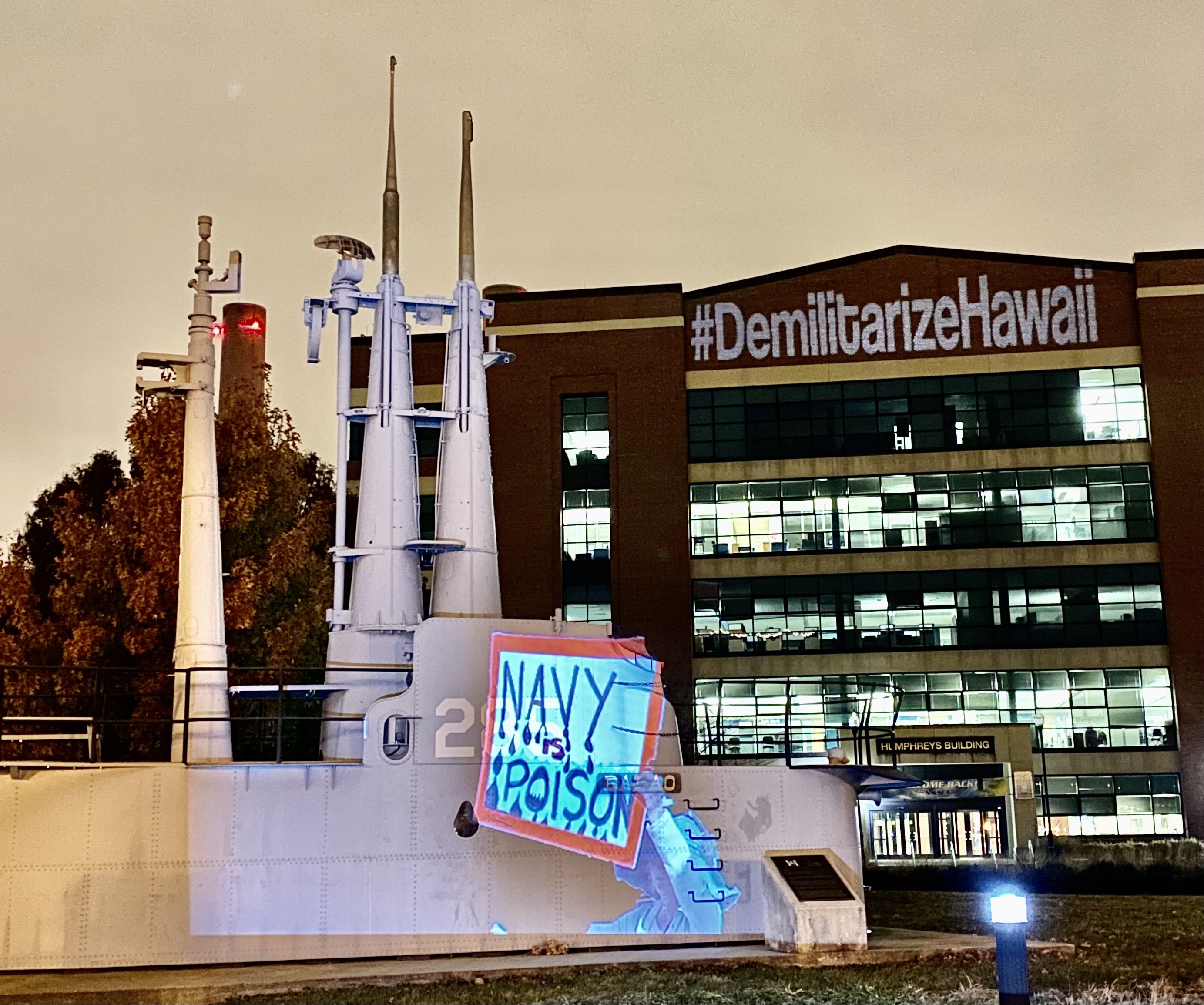 News broke this week about contaminated tap water sickening families on or around the Pearl Harbor Naval Base after community members noted the smell of fuel, an oily sheen on the water, and began experiencing headaches, rashes, and stomach problems. For the past several years, incidents of fuel leaking from underground 80-year-old Navy jet fuel tanks into the local water supply have endangered the health of the local community. On November 30th, roughly 10 days after community members started smelling fuel, the Navy informed residents to flush water out of home pipes and resume using the contaminated water despite the state health department’s warnings to avoid using or consuming the water.

The Navy’s failure to protect its sailors, their families, and the broader community is further justification of the need to demilitarize and decolonize Hawai’i and serves as a testament to the military’s prioritization of ‘business as usual’ over the health and wellbeing of the people.

“The navy cannot gurantee anyone’s safety including their own. This land, this water, & our lives mean nothing to them,” Sam Ikehara @oahuWP projected on a Navy submarine.

We take our cues from Indigenous leaders on the frontlines of the fight against U.S. militarism. As Indigenous communities are all-to-frequently the first peoples to be displaced, sickened, neglected, or harmed by U.S. pursuits of power, land, and profit, we commit ourselves to uplift the voices of Indigenous communities from the Pacific Islands to Okinawa and beyond. We stand behind Indigenous land defenders and water protectors in their resistance against life-destroying militarism, colonialism, and greed.