Shutting Down DC to Fund Communities, Not War- Cut the Pentagon Day #72

We're sick & tired of hearing excuse after excuse justifying the US government’s neglect of people & the planet. Frugality isn't stopping the government from giving the Pentagon $770+ billion and we took to the streets to expose this hypocrisy. 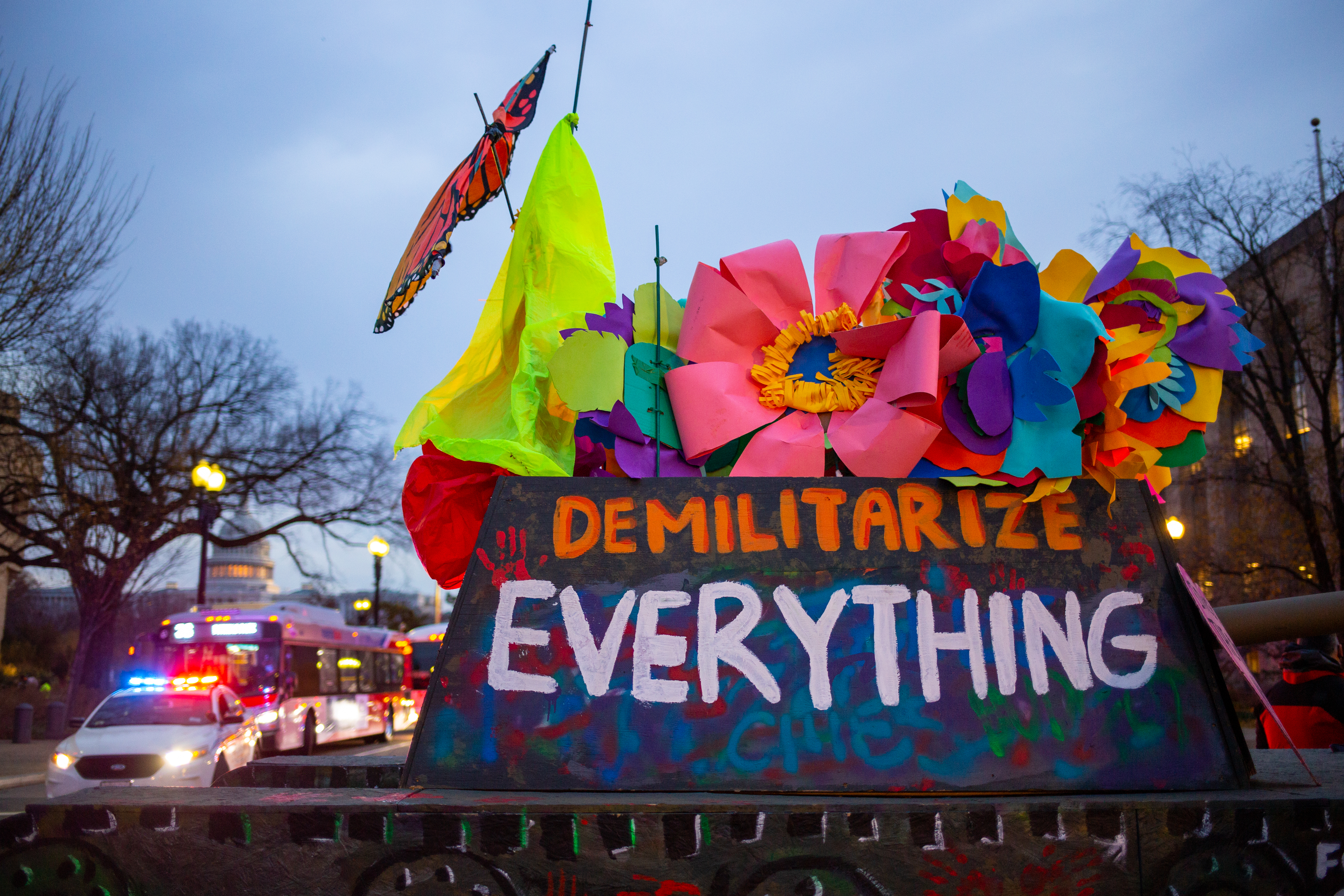 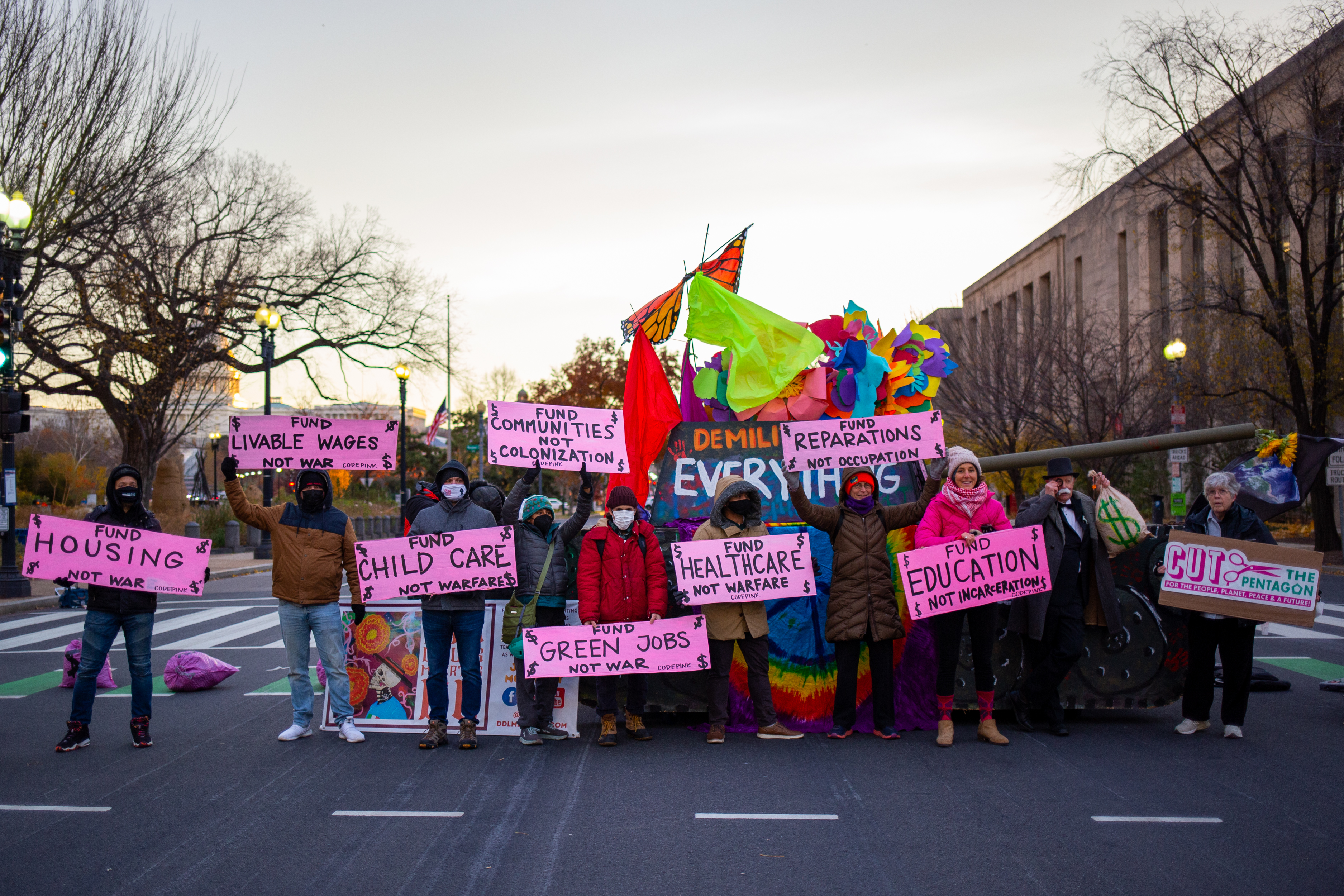 ShutDownDC brought together groups calling for climate justice, racial justice, voting rights, DC statehood, healthcare and childcare to blockade high traffic intersections leading to the Capital. Why? We’ve signed petitions, called our representatives, picketed their offices, homes (and yachts) and they continue to fail at doing what they *are paid to do* - serve the people and protect the planet - so, today we shut down “business as usual”.

Watch a recap of the event here.

Together with CODEPINK volunteers and partnering organizations Plus Peace Co., Dia de los Muertos DC, and Continue to Serve we blocked traffic for over 3 hours with the Peace Tank, music from Resistance Company and Black Workers Center Chorus, and others who held space with banners, signs, and flyers to pass out. From DC to Line 3, Hawai’i to Palestine, we were out in solidarity with BIPoC, poor and low income, LGBTQ+, the disabled and undocumented who are harmed the most from the militarization of communities at the local, national, and global scale.

The other blockades were led by SPACEs in Action, Extinction Rebellion DC, Arm In Arm for Climate DC, Long Live GoGo, the Palm Collective, and others. It was a powerful morning engaging in collective direct action. We’ll be taking this momentum to fuel our continued effort to expose the hypocrisy of the bloated Pentagon budget vs. the policies.

Check out more of our photos from the action here.