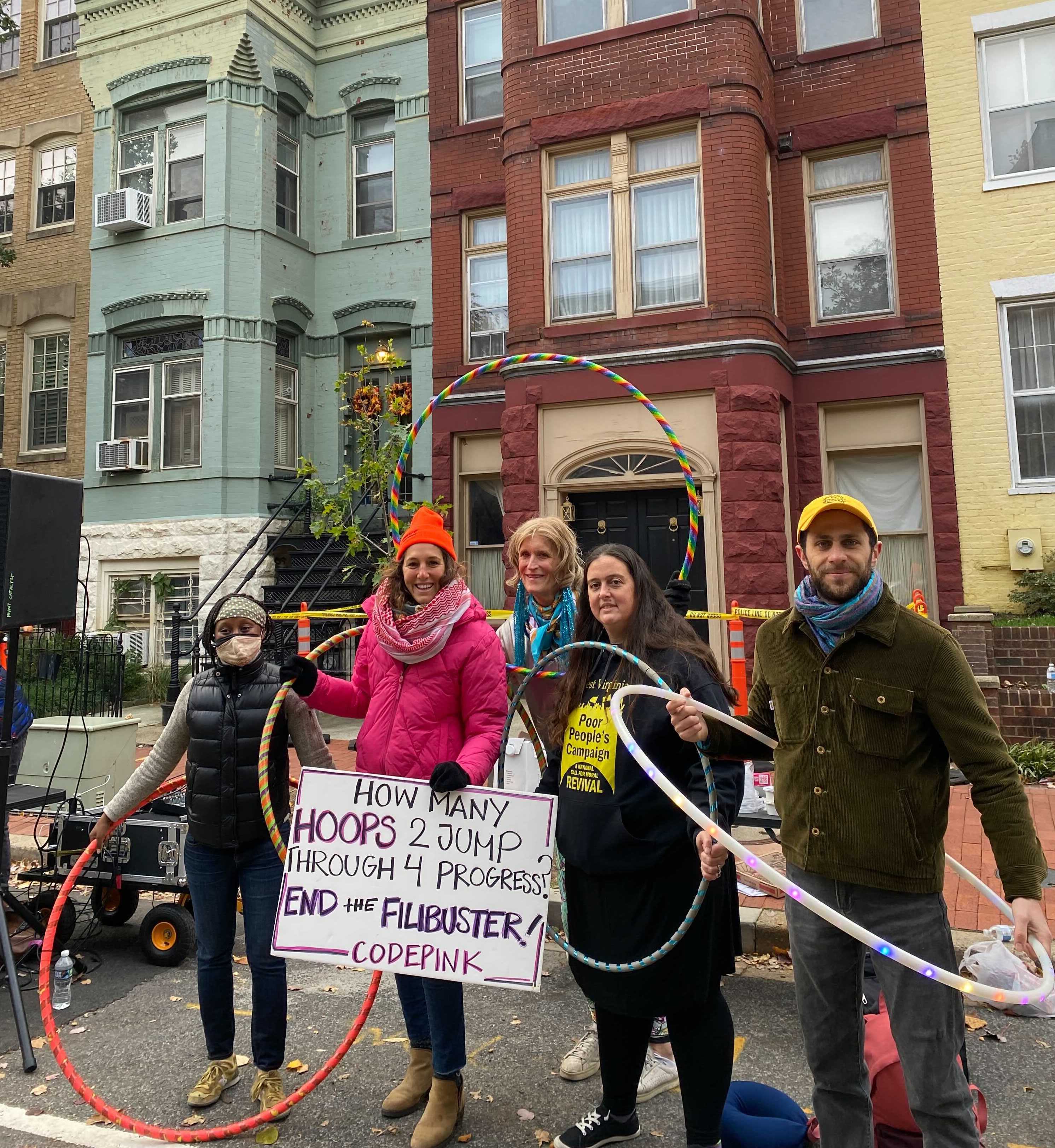 We helped organize and participated in ShutDown DC’s People’s Filibuster. With over 50 speakers, artists, musicians, activists, organizations and individuals, we completed a 25-hour People’s Filibuster surpassing Strom Thurmond's racist filibuster of the Civil Rights Act of 1957 (which was 24 hours and 18 minutes).

Outside of Senate Minority Leader Mitch McConnell’s house, we heard about the kinds of issues important to people and how the filibuster is a tool, part of a larger system, getting in the way of progress. From reproductive justice to climate action, DC statehood, ending forever wars (which was our focus), anyone had the chance to speak, read, teach, perform, dance out what they wanted to.

CODEPINK focused on US militarism’s influence on our neighbors in the US and abroad. Time and time again, progressive policies receive pushback because they’re “too costly” yet we spend over 55 cents for every discretionary dollar on the military, which is the largest polluter in the world.

While it was frigidly cold at times, being part of the organizing for this historic action proved how beautiful community is even when we are up against people in power like McConnell and his cronies. A special shoutout to our friends from the Poor People’s Campaign, DDLMDC, Black Workers Center Chorus, Extinction Rebellion, Arm and Arm for Climate, LongLiveGoGo for coming out!