The Morality of Budgets - Cut The Pentagon #40 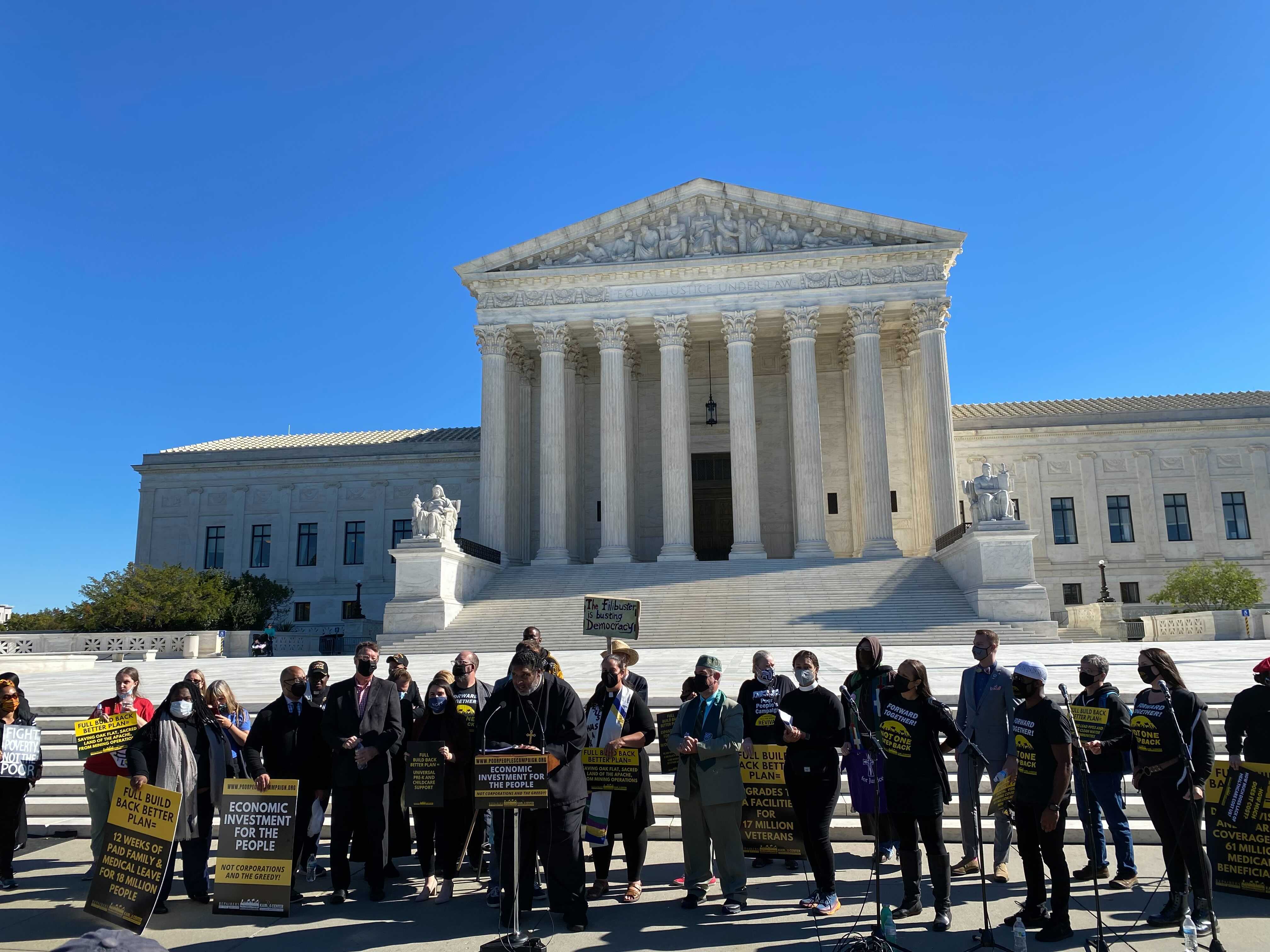 When comparing the Build Back Better agenda ($350 Billion/year), which is already such a compromise, to the bloated Pentagon budget ($778 Billion/year), the amount of money spent on one vs. the other is stark and the hypocrisy for how easy most all politicians vote for the NDAA each year vs. the constant debate and watering down bills like BBB is infuriating. But, beyond the financial disparities are the moral ones. Being anti-war means opposed to the death and destruction of people, mostly Black, brown and Indigenous, poor and low income across the world, their livelihoods, their land, crops and forest, waters, and so on. Being pro-peace means supporting systemic changes including reparations and land back, life affirming programs like paid family leave, universal child care, green jobs with dignity, accessible public transportation, access to clean water, air and fresh food. We joined the Poor Peoples Campaign in solidarity with their emergency call for moral revival in front of the capitol building to draw the connections. 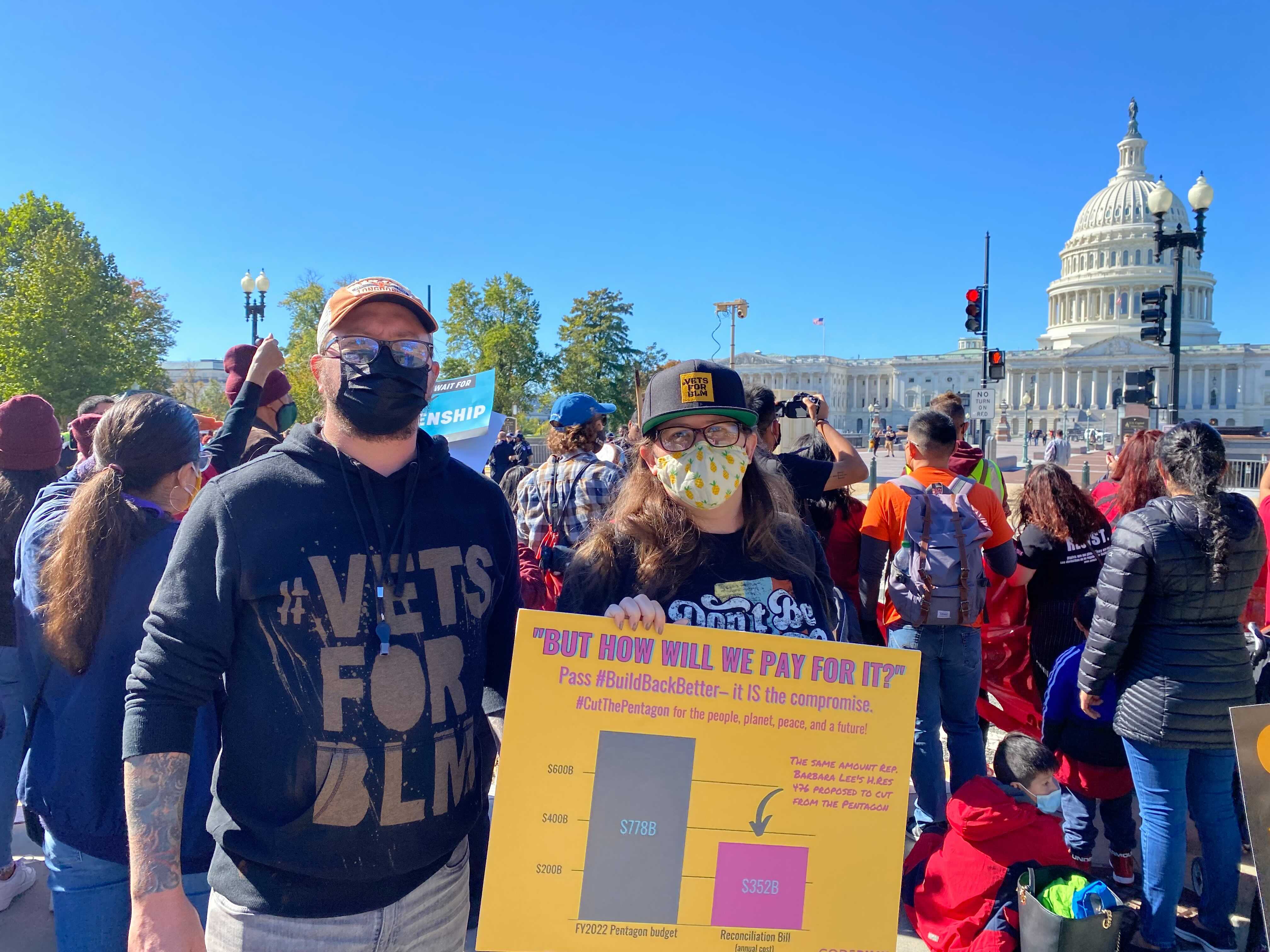