Each morning, hundreds of folks have been meeting at Freedom Plaza where we then march to the White House where mass arrests have been made. Today, to close out People Vs. Fossil Fuels week, the march continued to the Capital where Indigenous youth and allies blocked an intersection demanding elected officials take their futures seriously. 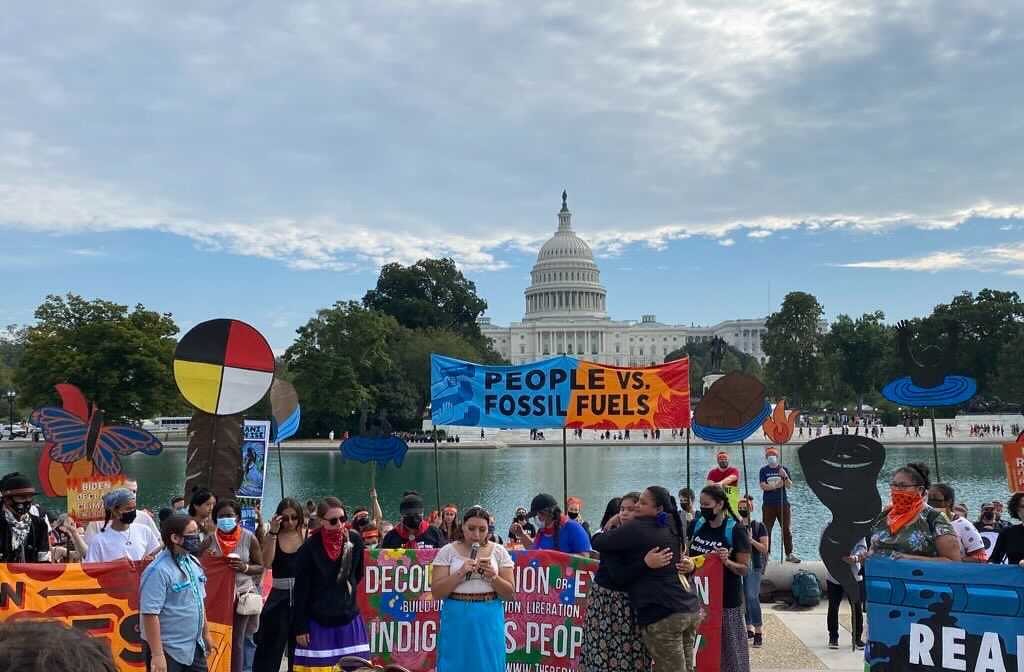 14 year old Silas, spoke to a crowd prior to being one of several young people who participated in civil disobedience and was later arrested. 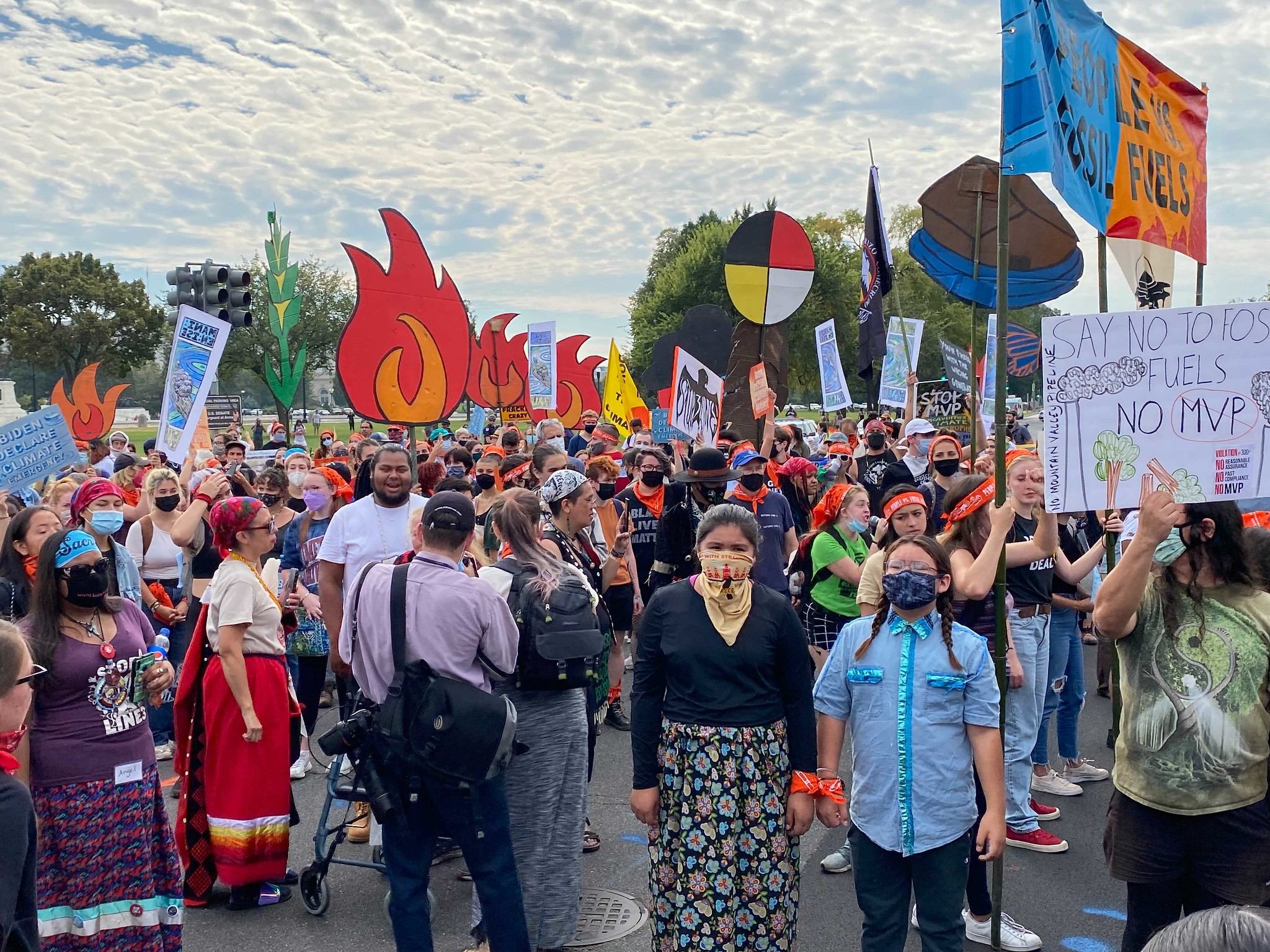 Several CODEPINKers were also arrested in solidarity with the young people putting their bodies on the line for their futures. 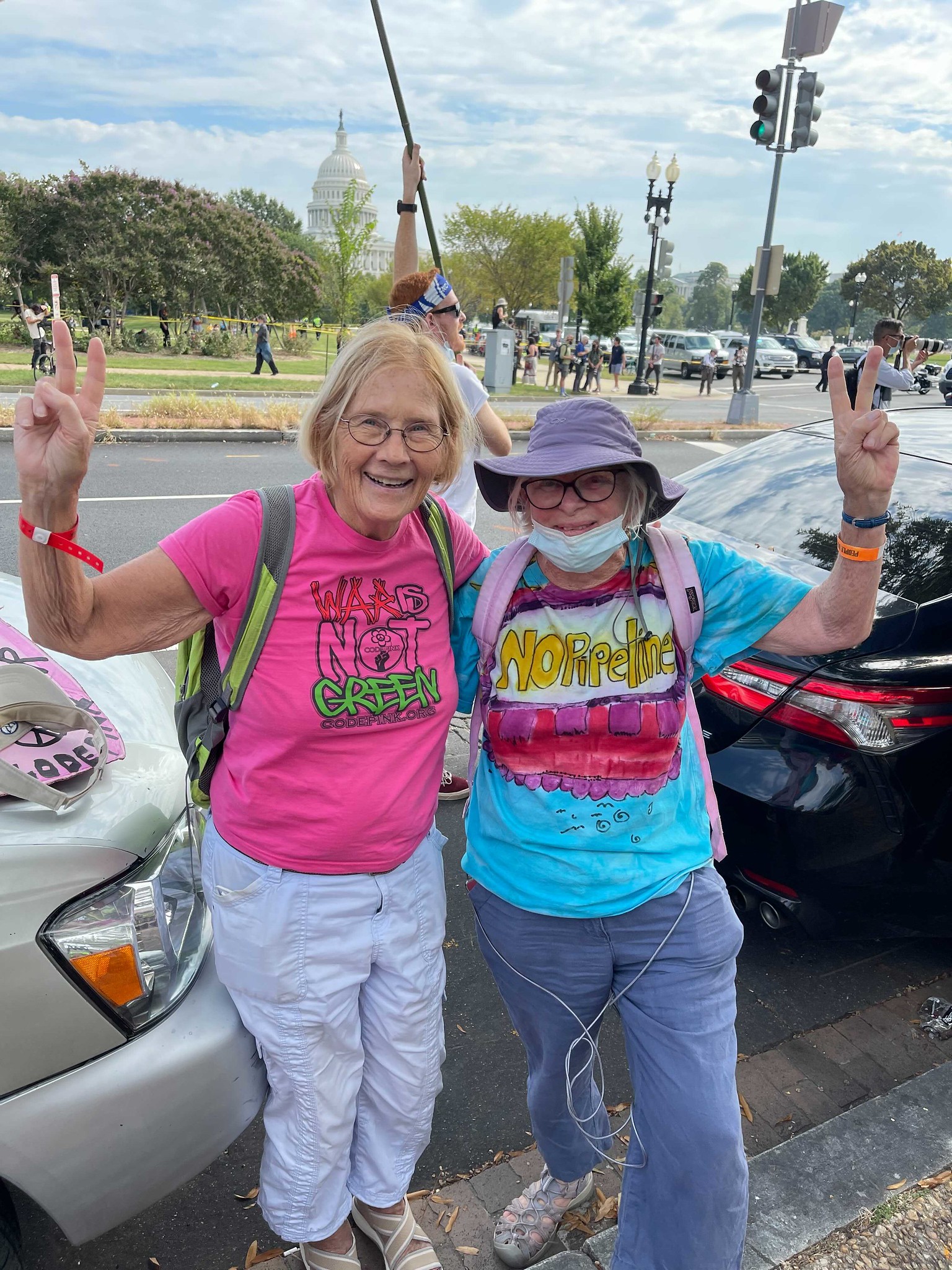 As the last strikes of the drums beat, we were reminded of the beauty in community this week as the struggle for climate justice will continue forward. We look forward to working in coalition with other activists to further make the connections of how militarism fuels the climate crisis. 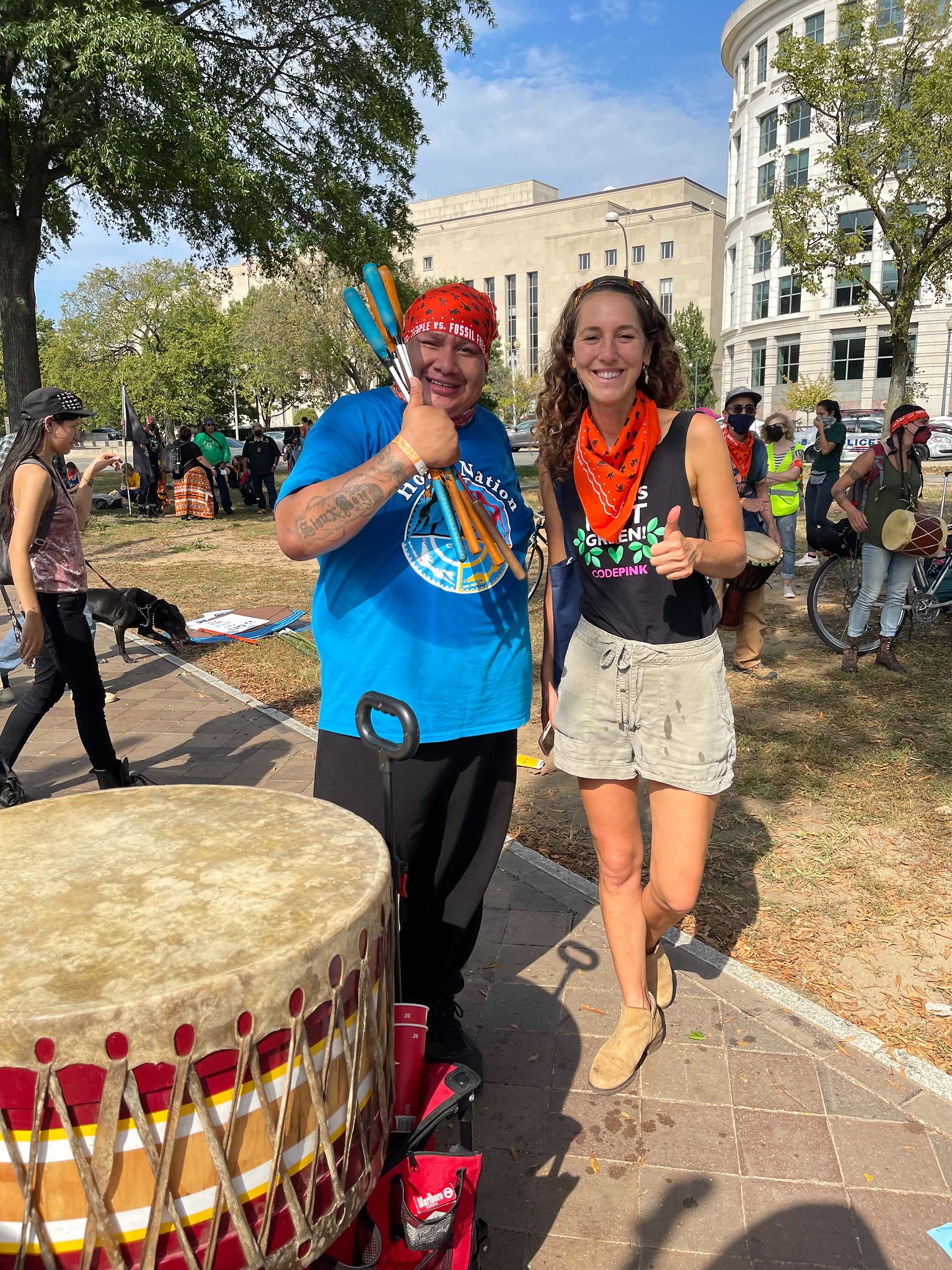