No War, No Warming: Our Communities Can’t Wait- Cut The Pentagon Day #30

After another round of civil disobedience at the White House, CODEPINK and partners Plus Peace and Dia de los Muertos DC brought the action to DC’s convention center where the Army Association of the US was holding their annual meeting. 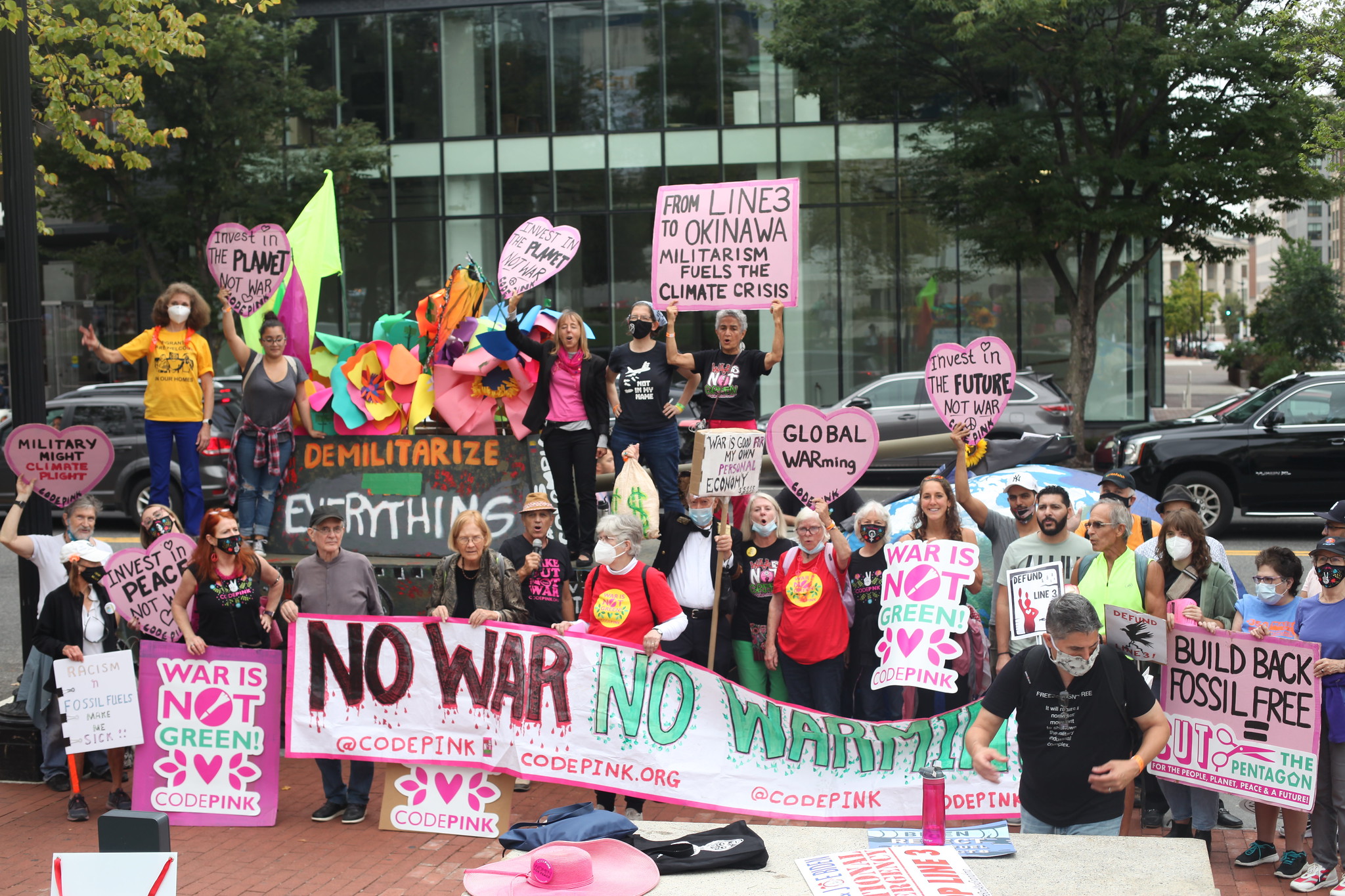 This action was hosted as part of the People Vs. Fossil Fuels Week an Indigenous and frontline community call for mass mobilization for this administration to #BuildBackFossilFree. The theme for today was "Our Communities Can't Wait” and we emphasized how militarism from Line 3 to Okinawa fuels the climate crisis. With over 800 military bases worldwide, militarized police forces, toxic chemicals destroying lands and the health of people and species worldwide, the Pentagon is the largest polluter in the world. 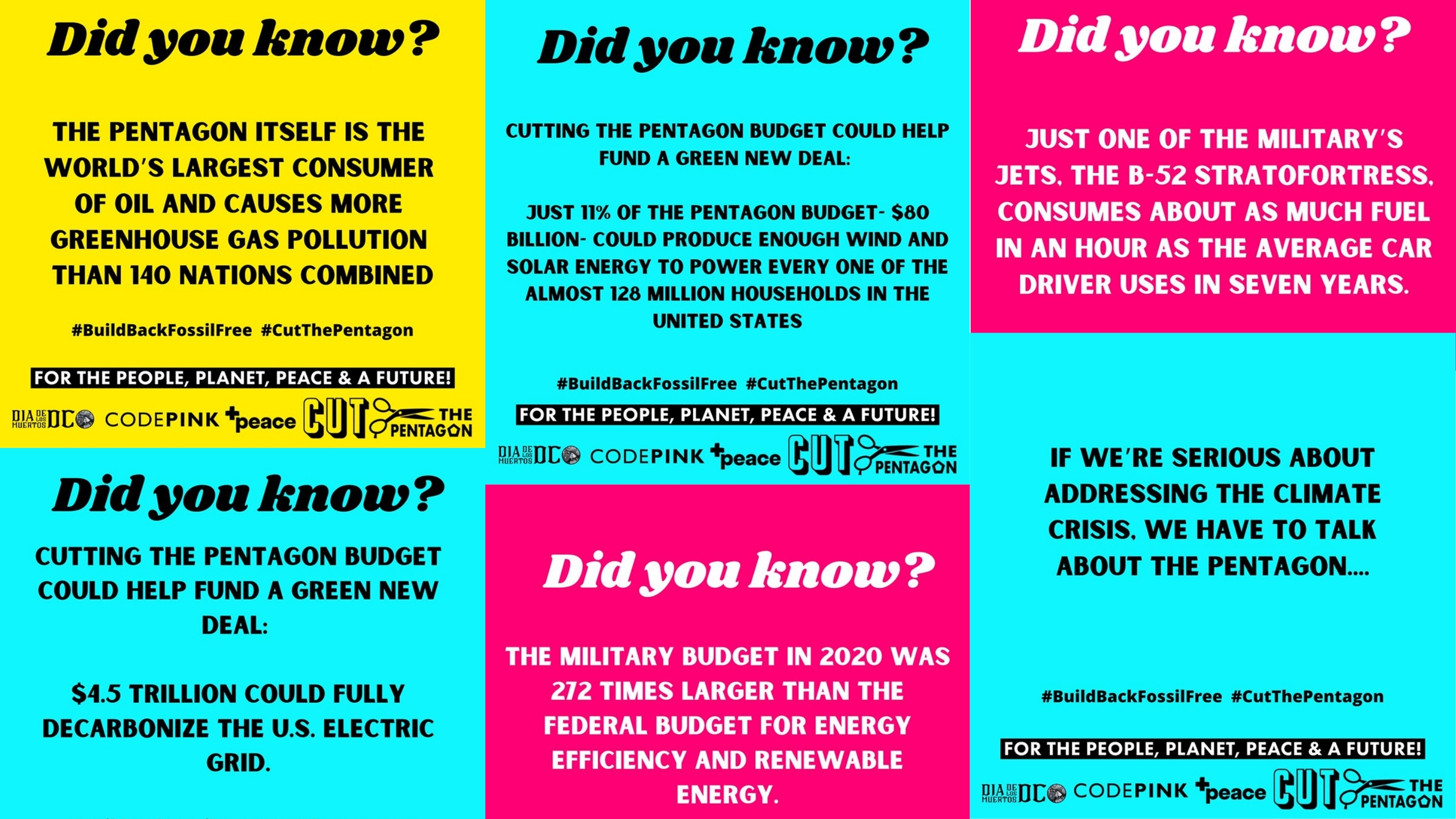 If we’re serious about taking action for People, Planet, Peace, and a Future, we have to address the crucial link between the climate crisis and U.S. militarism. There’s a stark contrast between thousands of people on the streets of Washington D.C. demanding action for climate justice and the Army Association of the United States holding their annual convention, including an arms fair for war profiteers. 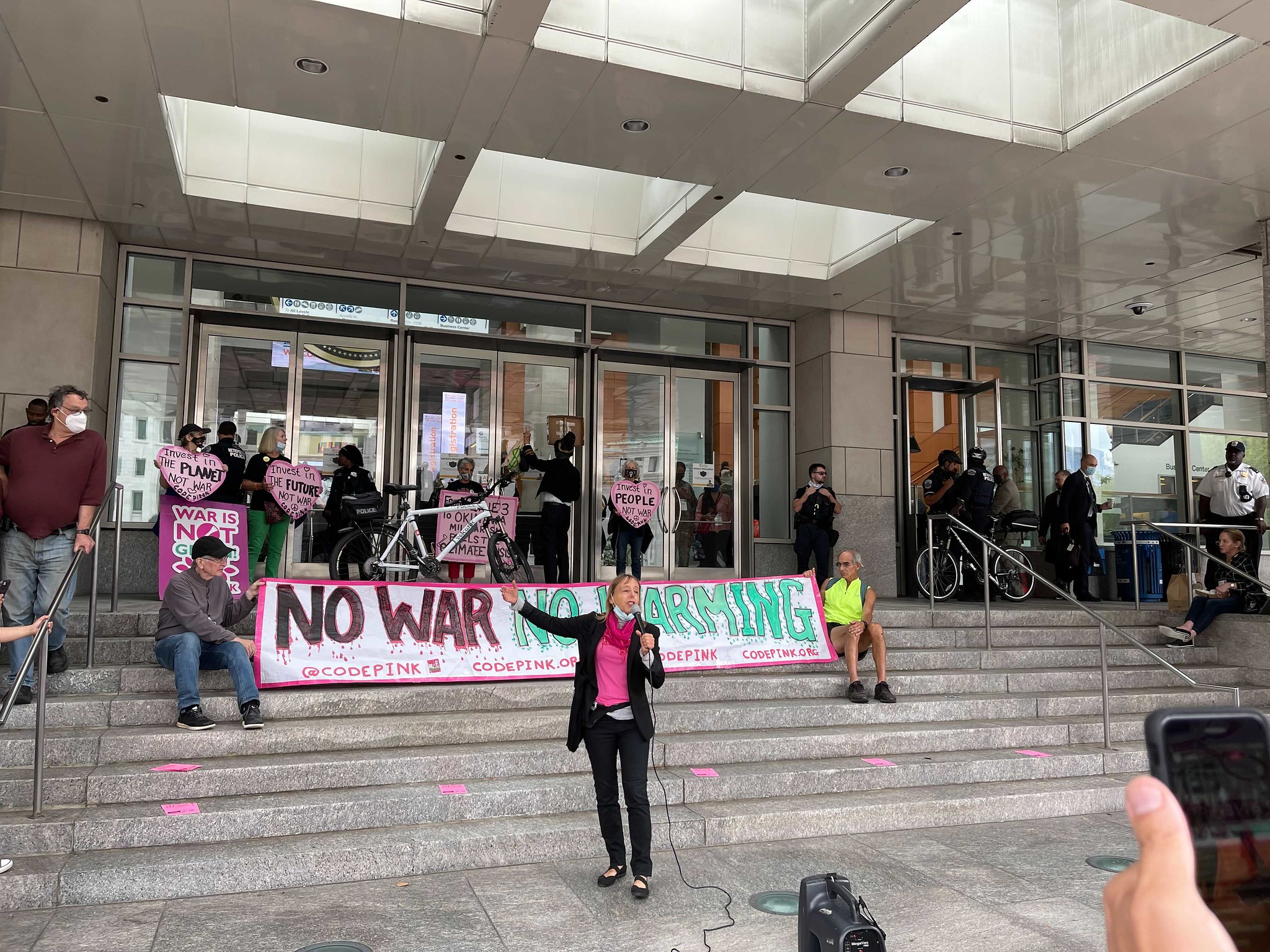 Medea Benjamin, CODEPINK Co-Founder, said, “Our government is delusional if it thinks we can address a problem like climate change that requires global cooperation by continuing down the destructive path of U.S. militarism. It’s clear that we can’t meaningfully address climate change without, at minimum, significantly reducing the size and budget of the United States military.”

During the event, we engaged with the public and those going inside and out from the convention where we handed out over 500 flyers comparing the monetary and ecological costs of war.

Jodie Evans, CODEPINK Co-Founder, said, “By asking participants to imagine a world that invests in people, peace, planet, and a future, we’ll be modeling the exact opposite of a destructive and extractive war economy.”

We then marched with the Peace Tank throughout downtown engaging with the public drawing their attention to the connections of the climate crisis and militarism.

Check out more photos from today's action and the rest of People Vs. Fossil Fuel Week here