This Sunday, as the Russian invasion of Ukraine has become a horrific war, peace activists will gather at the White House for a rally and then march to H St outside Lafaytette Park, where they will decorate a “peace tank” with anti-war messages. 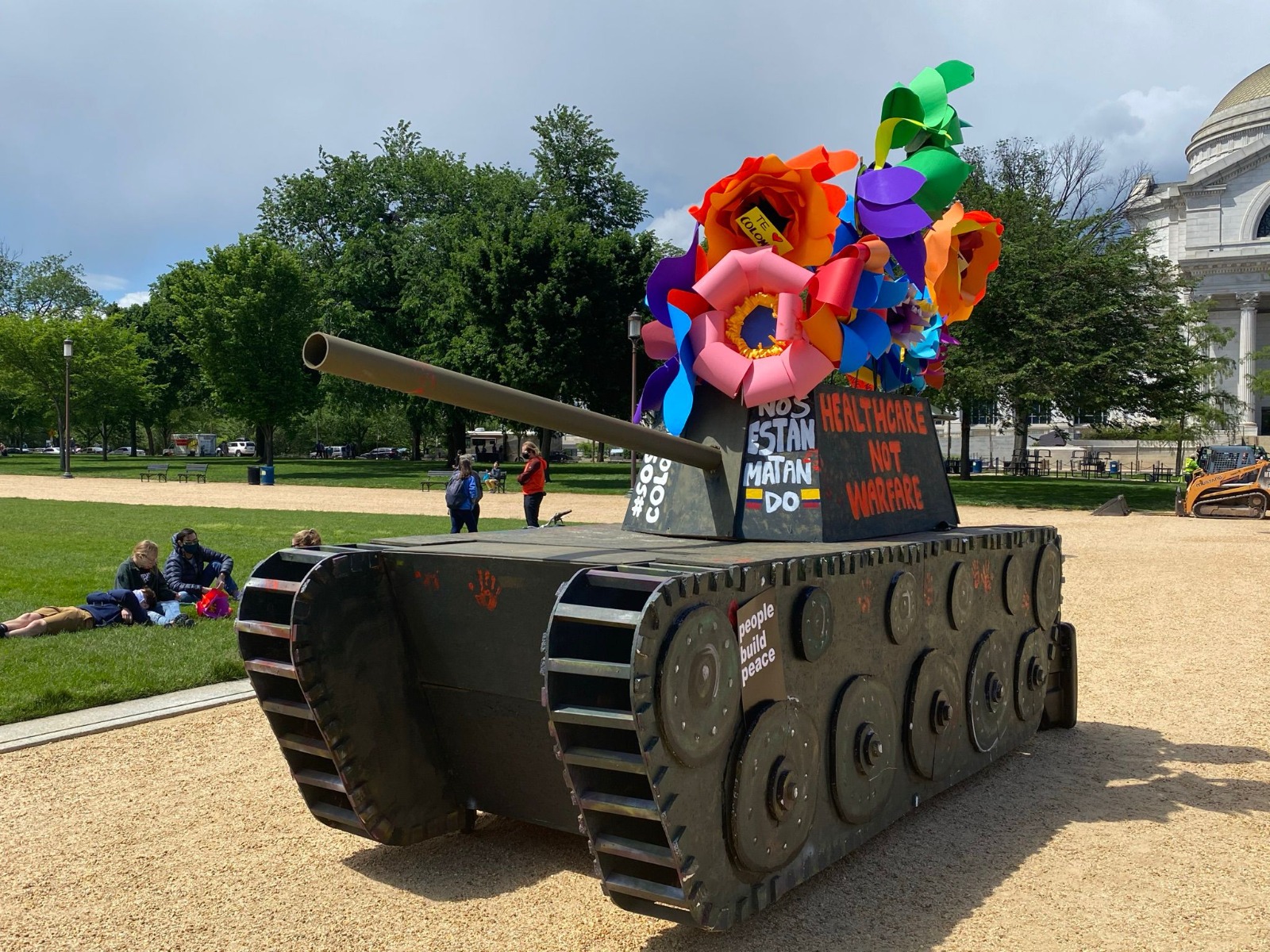 The peace tank was created by Dia De los Muertos DC and the +Peace coalition. It will be brought by Dia de los Muertos dc and activate labs, who will be live painting the tank with peace for Ukraine messaging. The tank has been used in many other actions to support an end to the occupation in Palestine, SOS Colombia and an end to military spending in the pentagon.

As the war could easily escalate further to become a war between the world’s two largest nuclear powers, Russia and the United States, anti-war activists around the world are organizing protests this weekend, including in Washington, D.C., to call for Russian troops to leave Ukraine.

While the coalition organizing the day of action denounces Putin’s invasion of Ukraine and reckless veiled threat to launch nuclear weapons, it also recognizes the role that the U.S. and NATO have played in stoking the geopolitical crisis that led to this war. In addition to calling for an immediate withdrawal of Russian troops, the coalition is also calling for no NATO expansion.

More than 100 cities are participating in the March 6 Global Day of Action, including Washington DC, London, New York City, Tokyo, Munich, and Rome. A list of all the cities participating and the call to action is on the coalition’s website www.peaceinukraine.org

“In this day of action, we are uplifting the global outcry against Russia’s horrific war and rising up in solidarity with the people of Ukraine and the anti-war protestors in Russia to demand an end to the bloodshed and destruction,” says Medea Benjamin, cofounder of CODEPINK. “We call for Russia troops out and for immediate and serious negotiations.” 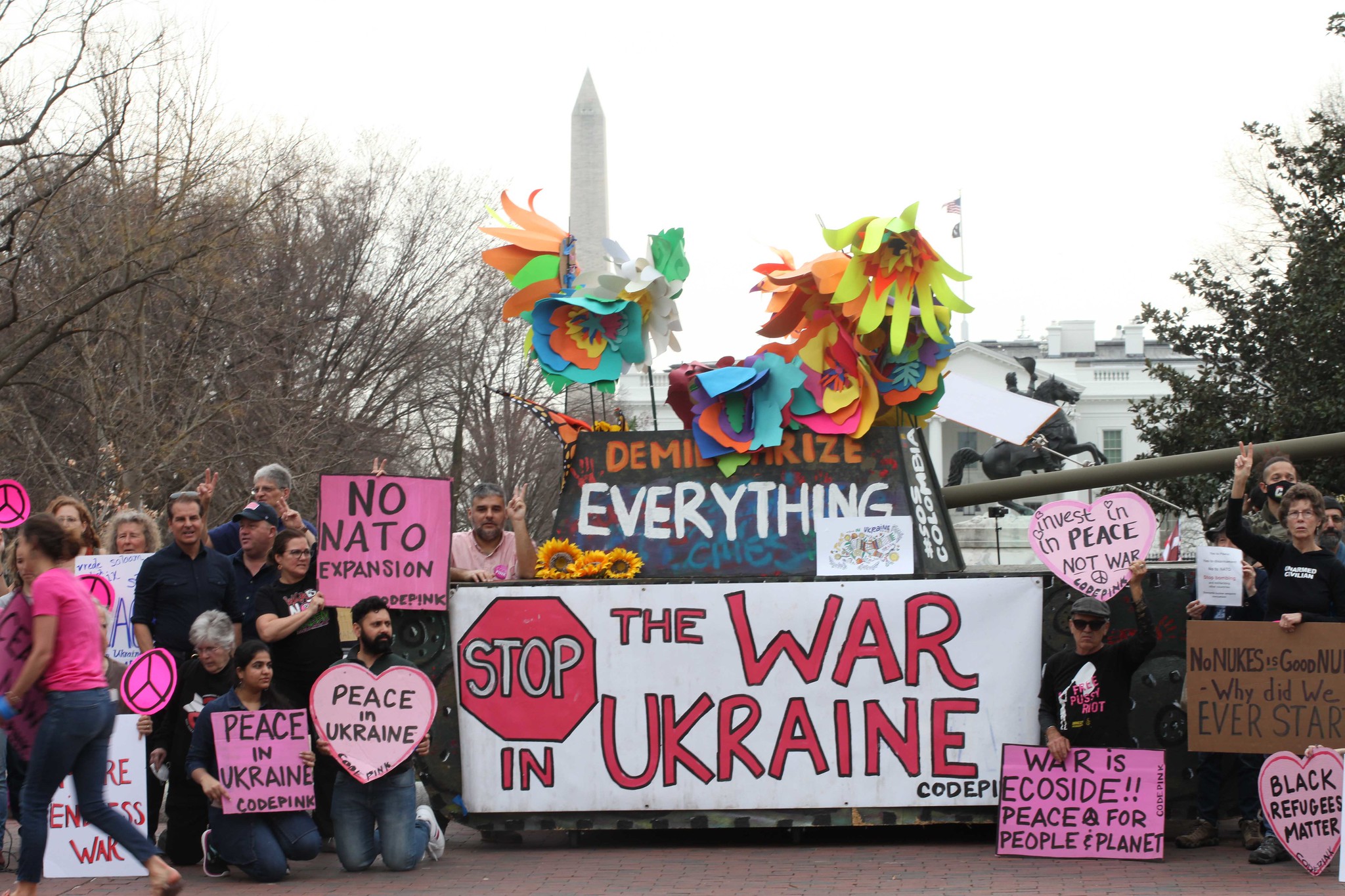 The coalition organizing the day of action to stop the war in Ukraine was initiated by the Campaign for Nuclear Disarmament, CODEPINK, No to NATO and Stop the War Coalition, and is supported by local, national and international groups across four continents. Protests will continue after March 6 as the organizations continue to mobilize for a massive, unified response by peace-loving people around the world to say No to War in Ukraine; No to NATO expansion, Yes to Negotiations and Peace.