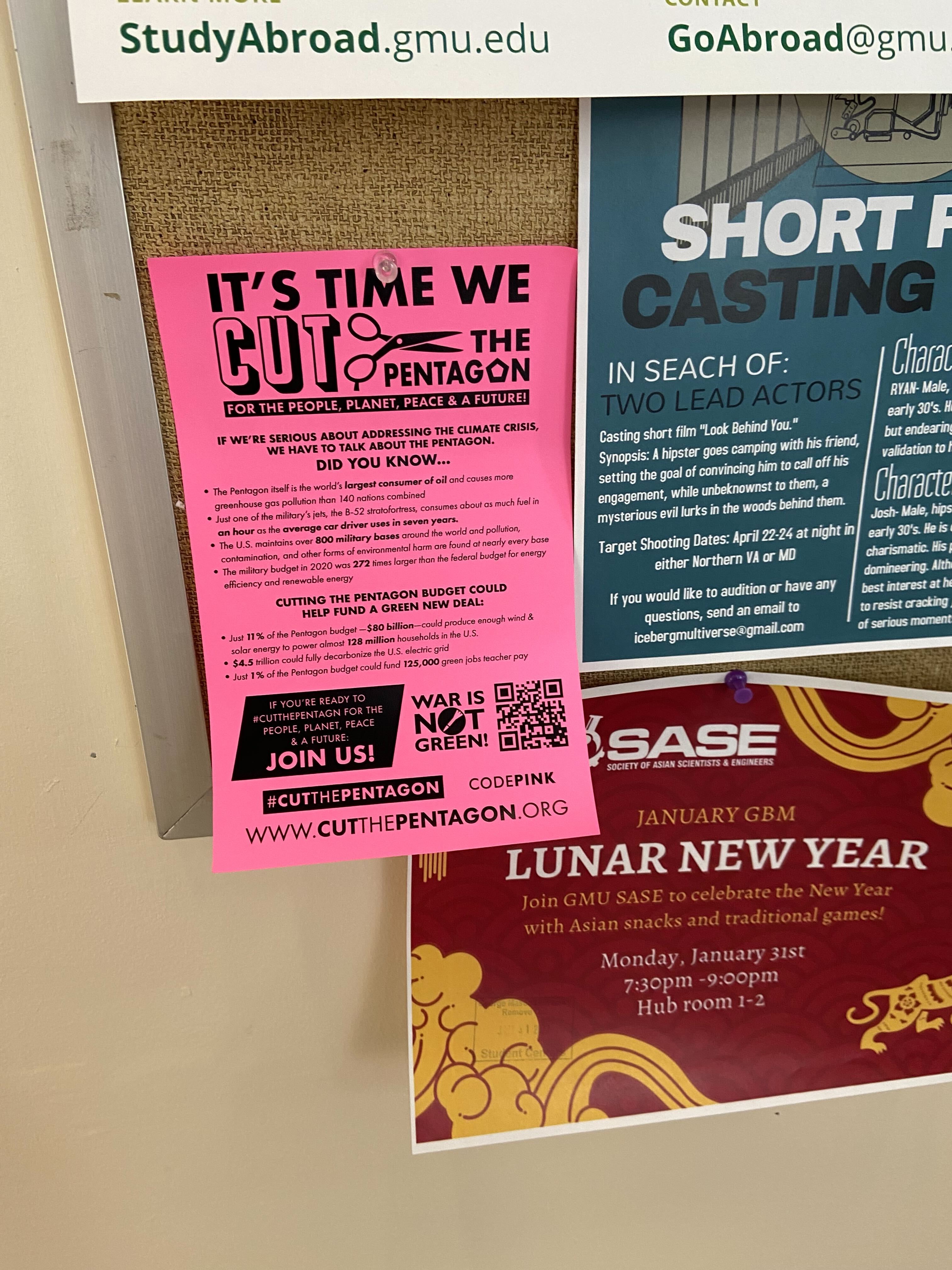 On the George Mason University campus in Fairfax, bright pink stickers with the phrase “Make Out Not War” can be found on tables, light posts, and almost anywhere a sticker can be placed. Flyers calling for the Pentagon budget to be cut have also been stuck on corkboards around campus.

With the US actively encouraging Russia and Ukraine to go to war, younger people in college need to be involved in this fight. This is our world that we will inherit, and we don’t want or deserve a larger focus on going to war than our planet, healthcare, or student debt. For the majority of our lives, we have been at war in Afghanistan, and as soon as we leave that war, the government almost immediately encourages us to go back into war.

It is our generation that will be put in the war machine, some of us already have been, and we need to fight. Young people need to decide to live in an active position of anti-war and fight back against the Biden administration and its warmongering.

Written by Clay Foley, student at George Mason University and a CODEPINK intern