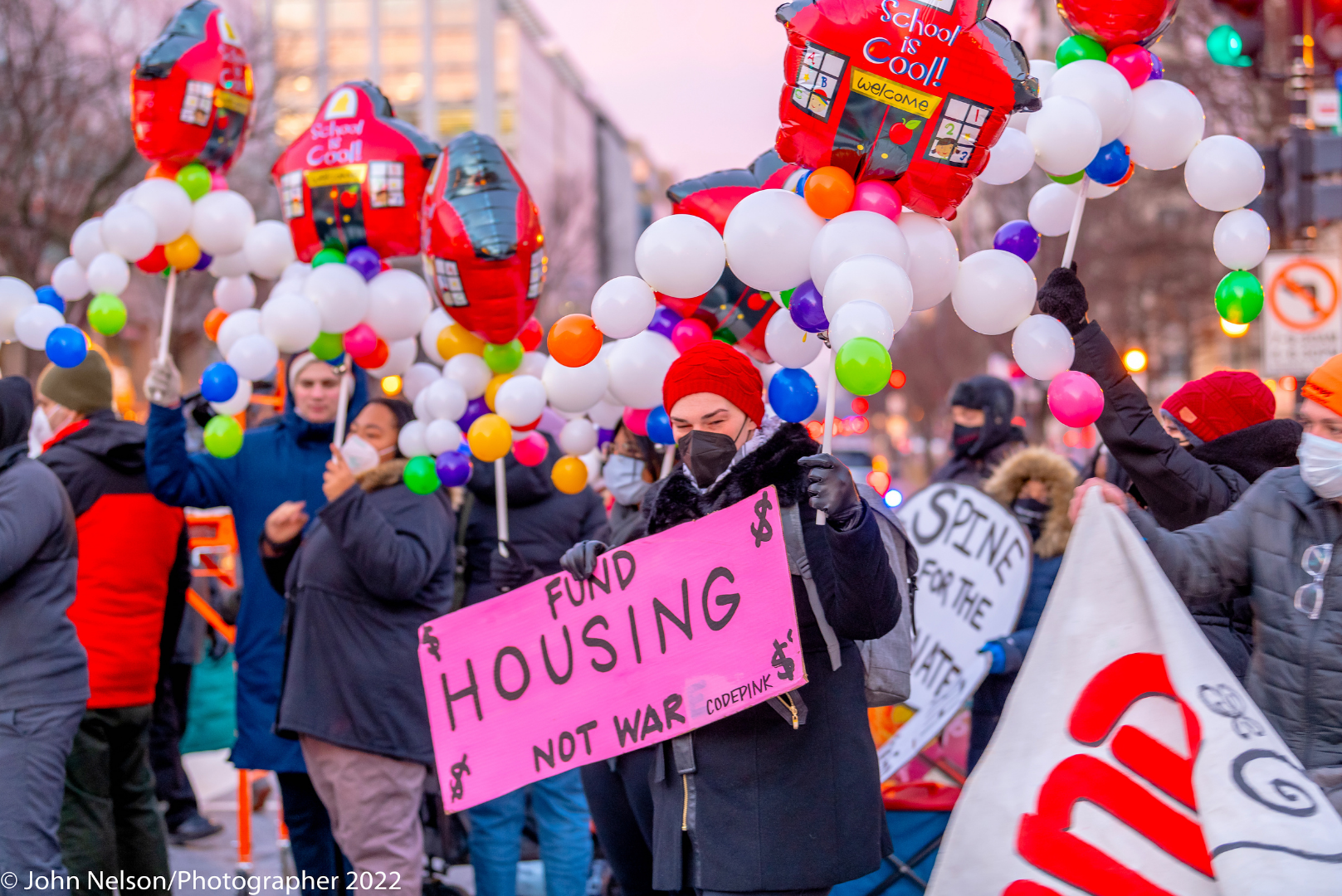 Music, food, art, & collective energy makes being out at 6am in below freezing temps more tolerable as we rise against the hypocrisy of the government.

Today we joined ShutDownDC, SPACES in Action, Arm in Arm for Climate, and others for a street (party) blockade on K street where groups called on Biden to “have a backbone” and pull all the stops to get Build Back Better passed. Our contingent emphasized how he acts “swiftly and severely” when it comes to the Pentagon, but not the people and the planet. In the effort to live the world in which we want to see, we set up a food stall where Ary of DDLMDC served made-from-scratch vegan taquitos. 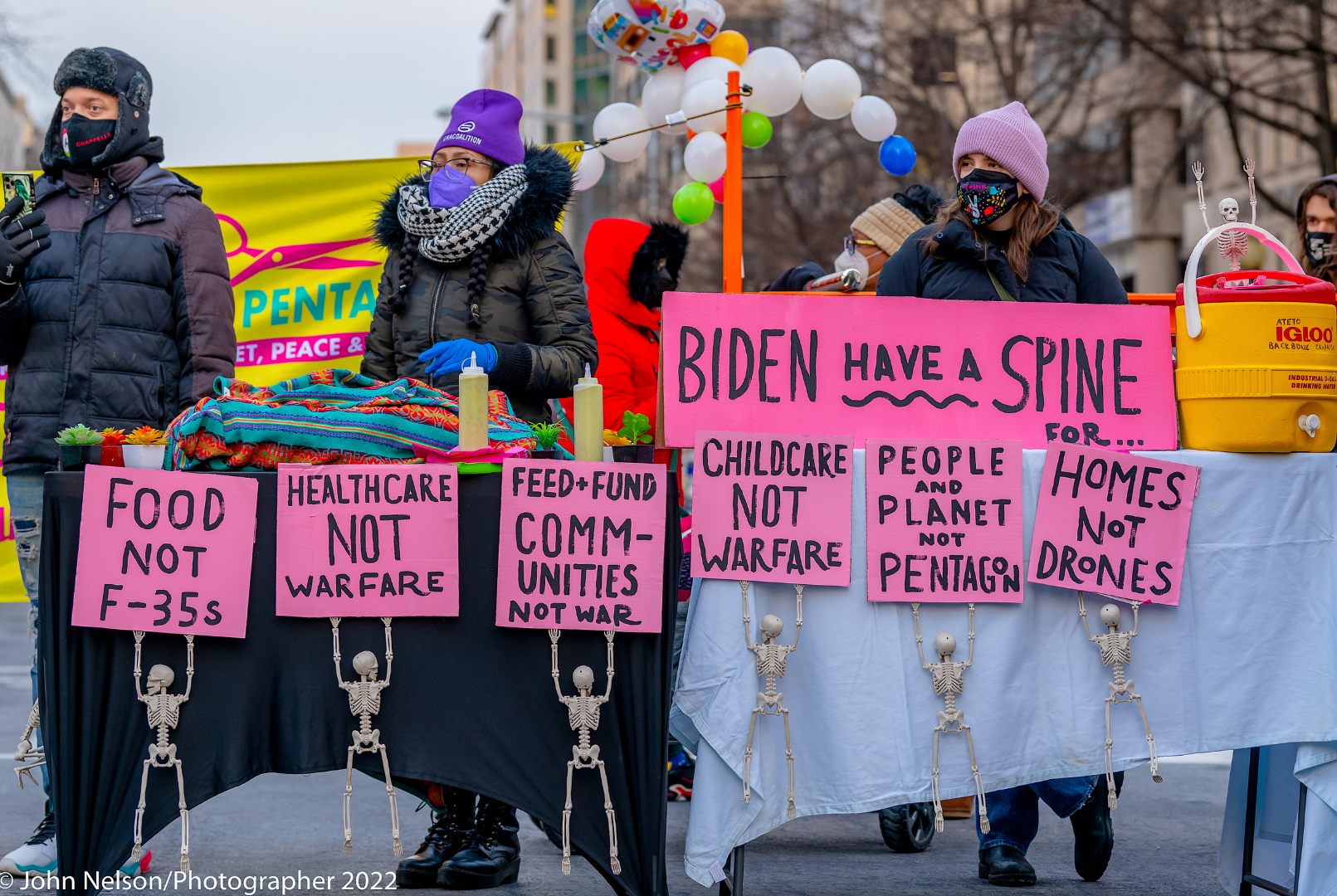 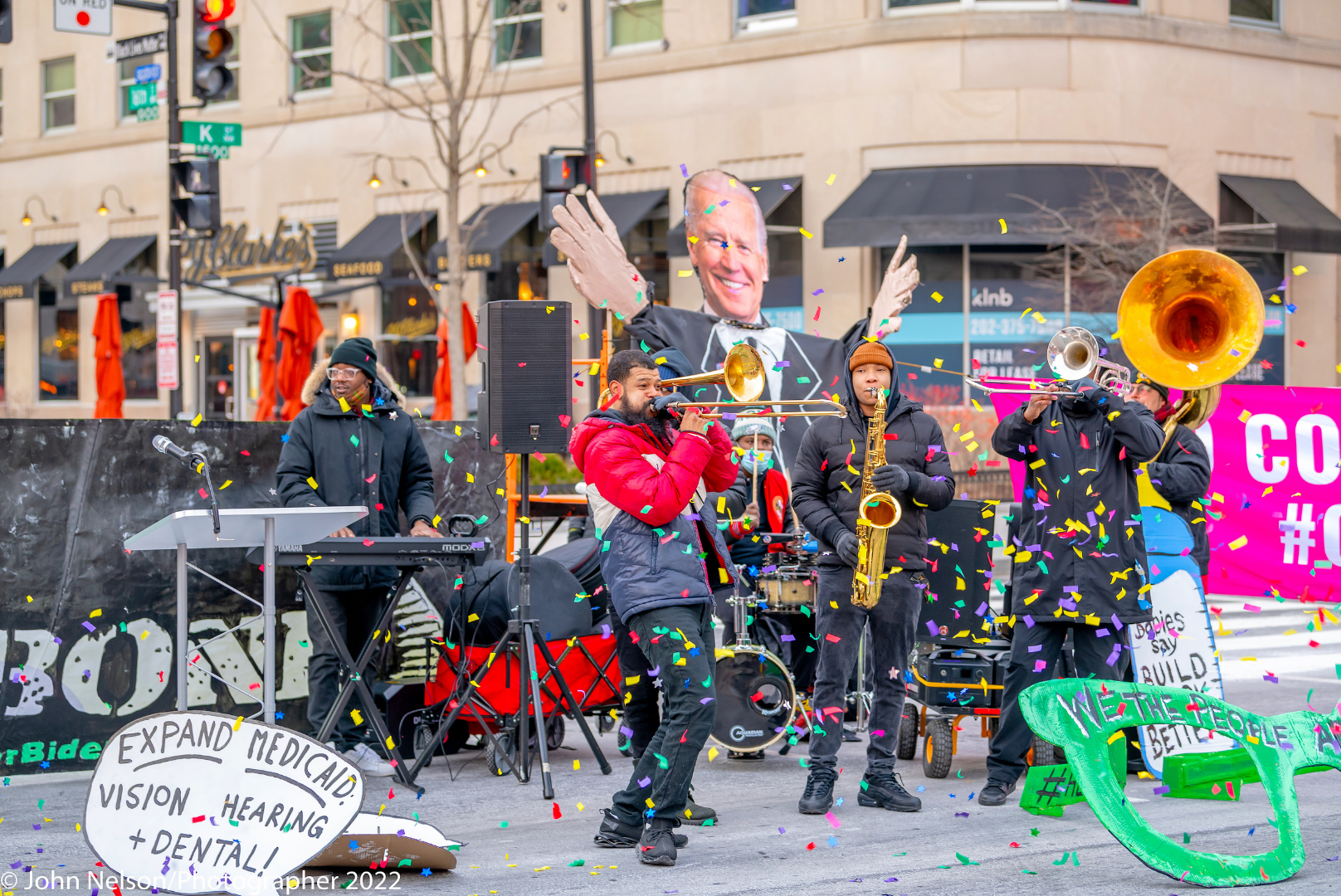 From DC to Hawai’i, Yemen to Palestine, Joe Biden does in fact have a backbone to support the military industrial complex but apparently not when the people and the planet benefit. The hypocrisy is stark.

Build Back Better IS the compromise and yet he’s not doing enough to pass it or other policies he promised. With no problem, Biden passed the largest military spending bill at $768 billion and just this week as we are on the brink of yet another war w/ $500 million is getting fast tracked through.

The ENTIRE original Build Back Better plan at $1.7 trillion over 10 years could be paid for w/ the cost of the failed Lockheed Martin F-35 program. There is no excuse when it comes to how do we pay for things when realities that 10% of the Pentagon budget could end homelessness in this country.

We are the wealthiest country in the world and yet, this is beyond a financial issue but a moral and environmental one. Moving from a scarcity mindset to an abundant one:

The climate crisis is the largest threat to “national security” and yes, the Pentagon is the single largest polluter in the world, more than 140 countries.

Build Back Better is a step and for many, the bare minimum. There is no excuse for him to not push harder for it. But as we continue to envision and create the world in which we want to live, we have to work to dismantle the systems of oppression that have pillaged Black, Indigenous, brown, poor and low-income communities in this country and around the world at the hands of the U.S. empire.