Today marks the 20th anniversary of one of the most despicable shames in US history: Guantánamo Bay.

Since its opening, Guantánamo has imprisoned & tortured almost 800 men & boys, most of whom have been held without charge or trial. All in the name of "security" & "democracy."

Established during the War on Terror and in the wake of 9/11, the notorious Guantánamo Bay (GITMO) is a major breach of civil liberties that exists in the shadow of the US empire.

GITMO remains open to this day. Despite President Biden's promise to close it down AND the US's withdrawal from Afghanistan, 39 men remain in a hell hole that costs the US $540 million per year.

Witness Against Torture, Rehumanize International, and other partners organized actions across the country and CODEPINK participated in the actions in Washington D.C. and Greenfield, MA. 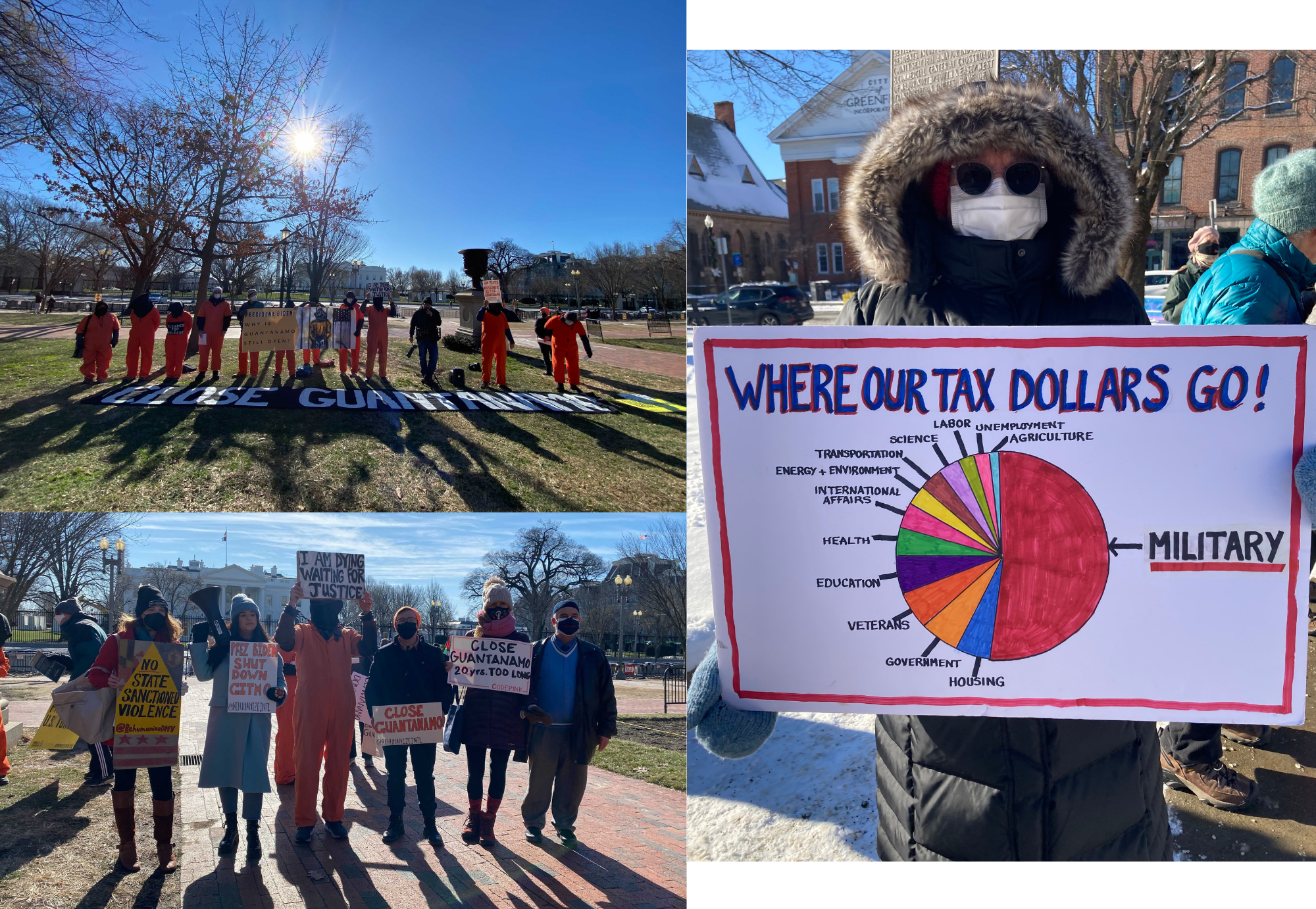 In Washington, D.C., we came together outside the White House where we heard from lawyers, activists, read the 39 names of those still in detention without charge, heard a message from the formerly detained Mansoor Adayfi, and finished by collectively singing peace songs.

The demands go beyond closing Guantanamo, but for true accountability on the racist human rights violations there and in all detention centers, prisons, and jails in this country and those the U.S. are involved in abroad.