🎉 These Candidates Pledged to Divest from the War Machine

As the US withdraws from Afghanistan, we’re faced with the staggering cost of our military occupation. More than $2 trillion has been awarded since the start of the invasion of Afghanistan to the “Big Five'' top weapons manufacturers - Lockheed Martin, Northrop Grumman, Raytheon, Boeing and General Dynamics. Indeed, the stocks of these five defense companies have risen in value by nearly 900% since the onset of the Afghanistan war two decades ago. All the while, untold human and ecological damage has been inflicted upon Afghans and upon the region. Our imperative to divest from war has never been more clear.

War is a racket! Four dozen sitting members of Congress have benefitted from investments in stocks in these weapons companies - the very same people who approve funding for military contracts. 47 members of Congress and their spouses hold $2-6.7 million in stocks from the top 100 defense contractors. At least 11 US senators hold up to $1.7 million in defense industry stocks and at least 36 US representatives hold a maximum value of over $5 million.

Our representatives should represent the American people, not be beholden to the military industrial complex! That’s why we asked congressional candidates to take our pledge to refuse contributions from PACs, executives or organizations representing the “Big Five,” as well as from the NRA. It is of vital importance that we divest from war and repurpose that money to benefit life-affirming institutions. Here are a few congressional candidates who have pledged to REFUSE funding from the war machine:

Alida Jacobs is CODEPINK's current intern. Alida is an undergraduate at UC Davis, majoring in History with a focus on Turkey and Kurdish feminism. They are engaged with local community organizing in Los Angeles, as well as labor and political organizing in Davis. 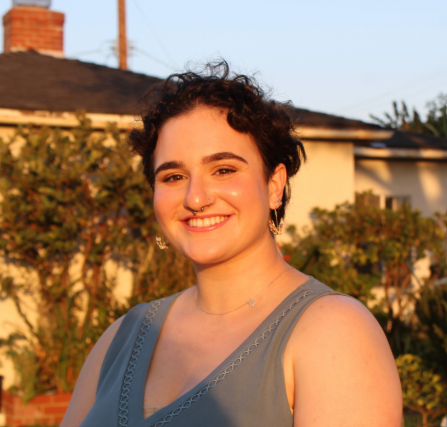