Congress: Declare NO First Use! 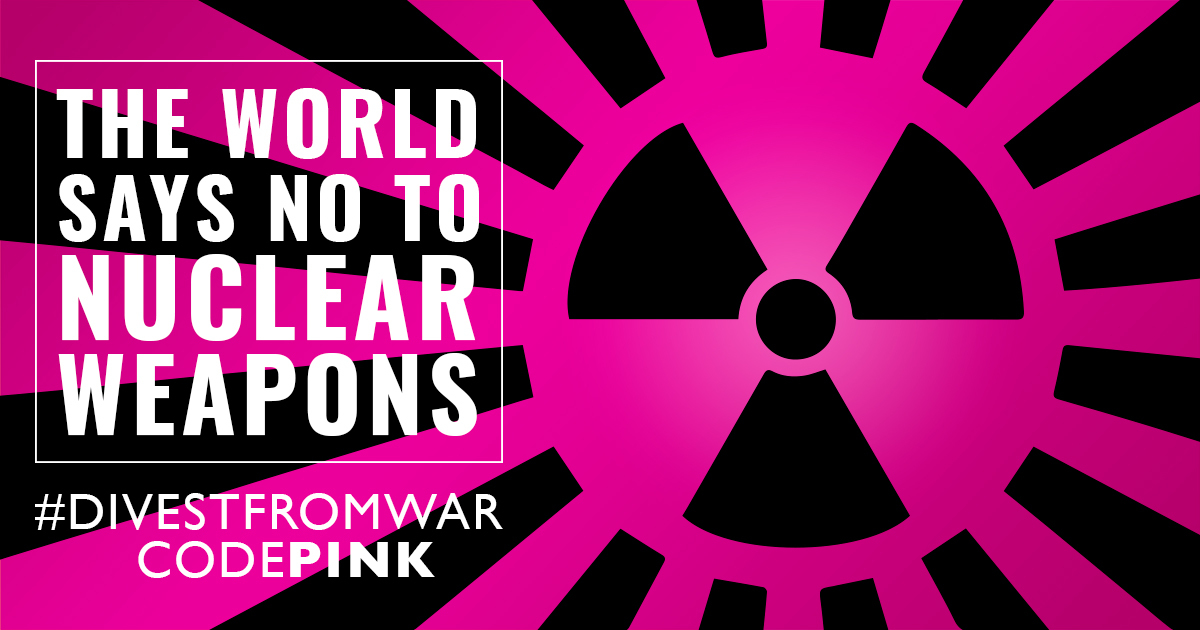 That’s according to the former Former Secretary of Defense William Perry who is no peacenik.

That’s why it’s more urgent than ever that our Representatives institute a policy of No First Use and No Sole Authority in order to reduce the grave peril posed by nuclear weapons. Ask your representative to support legislation to institute a No First Use policy in the United States

There are two bills in Congress, the Markey-Lieu Bill (S.1148, HR.669) and the Warren-Smith Bill (S.1219, HR.2603), that would institute a No First Use Policy. These bills should be uncontroversial for anyone who wants to avoid a potentially disastrous nuclear war. Yet, Speaker of the House Nancy Pelosi and Senate Majority Leader Chuck Schumer haven’t used their leadership to make sure these bills get a vote. Call on your Representatives to institute a policy of No First Use and demand that Pelosi and Schumer bring the bills to a vote!

DIVEST FROM THE WAR MACHINE