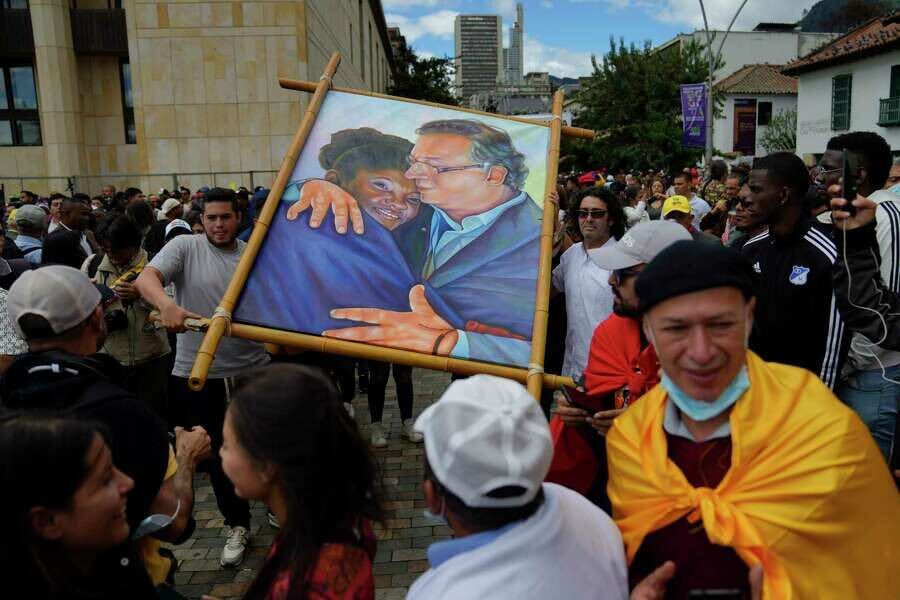 As we celebrate the historic presidential victory of Francia Marquez and Gustavo Petro, we must pause and reflect on the significance of this win for Colombia and the continent. Colombia will have its first leftist president and first afro Colombian, woman, lawyer and land defender vice president. This was unimaginable just a few years ago, not because there weren’t any leftist leaders who were qualified or willing but because Colombia's neoliberal model of death has never allowed it. Every leftist candidate leader who has tried to break this cycle of death and violence has been assassinated. Both Petro and Francia narrowly escaped the same fate on various occasions.

It is important to recognize those who led the path, those who dared to challenge the status quo. We must honor the legacy of the more than 5,000 members of the leftist Unión Patriótica(Patriotic Union) party who were tortured, disappeared, and assassinated, the legacy of presidential candidate Jorge Eliecer Gaitan(1948), whose assassination sparked riots in Bogota, presidential candidate, Luis Carlos Galán(1989) and Carlos Pizarro(1990), presidential candidate and father of senator María José Pizarro. Carlo Pizarro, like Petro, belonged to the M-19 guerrilla group. During Petro’s inauguration, it was “the daughter of the left," Maria Jose Pizarro who placed the presidential sash around Petro’s neck, paying tribute to her late father and leftist leaders who perished in the struggle.

The miracle of this victory was made possible by the brave souls that dared to dream of a more just and equitable Colombia. It was brought by the “nobodies”, the indigenous peoples, the campesino and afro-Colombian communities, who have suffered through unimaginable pain dealt by the never-ending US-sanctioned war on terror and war on drugs. It is no coincidence that Petro won the regions that have been hit the hardest by the armed conflict. The same regions that voted “yes” on the country’s peace plebiscite in 2016. These communities yearn for peace the most because violence is all they’ve experienced.

Bringing peace to Colombia will not be an easy task for Petro and Francia. They have a huge mandate and are inheriting a country with a myriad of issues. For decades, Colombia has been ruled by narco-paramilitary governments, which have looted and opened up the country to greedy multinational corporations. The new administration is inheriting a country drenched in the blood of over 1,000 social leaders and environmental defenders, a derailed peace process, and historic levels of inequality. Amidst all this uncertainty, it is easy to feel discouraged but there is hope that Petro and Francia will be able to pry the country back from the fascist grip of the US empire and Colombia’s elite.

Petro’s characteristic rebelliousness will be key to winning many battles. The same rebelliousness that was exhibited in his first executive order. Defying the orders of outgoing right-wing president Duque, Petro demanded that Liberator Simon Bolivar’s sword be brought out to the plaza. The sword holds special meaning to Petro’s former militancy in the M-19 as it was stolen by the guerrilla group and only returned once the group had reached a peace agreement with the Virgilio Barco government. In addition to paying homage to his past, Petro sent a clear message to the opposition: he will not let their roadblocks stop him from building a just Colombia. Francia’s oath was just as bold, breaking with tradition and paying tribute to those that came before her, she swore to the people, and her ancestors, ending with her signature phrase “until dignity becomes a habit.” Francia is a powerful leader who draws on her ancestral wisdom and love for the land. That she didn’t have more space during the inauguration to speak was disappointing. Aside from Francia’s oath, the voices of women and indigenous peoples were virtually absent from the inauguration, indicating the tremendous amount of work left to do to dismantle a patriarchal political culture.

It is no secret that Petro and Francia represent a grave threat to the Colombian elite and the capitalist interests of the United States. The US will not sit idle as its bastion, which has been key to destabilizing and dividing the region, consolidates regional autonomy, and forges new relationships with Cuba, Nicaragua, and Venezuela. Similarly, the Colombian elite, who have relied on the US failed drug policies to build their empires, finance their political campaigns and deploy their guns for hire, will not sit idle as new drug policies threaten their interests. We must be vigilant and stand in solidarity with the Pacto Historico and  Francia and Petro’s Colombia Humana government so that Colombia can achieve the social change it desperately needs.

Samantha Wherry is a Colombia-born peace activist and CODEPINK's Latin America campaign organizer. For years, she has worked alongside Colombian frontline defenders who risk their lives to protect the environment, water sources, and human dignity. You can follow Samantha on Twitter here.