While maintaining safe social distancing, members of CODEPINK San Pedro greet the Naval hospital ship as it arrives at the Port of Los Angeles on Friday.

We say YES to using our nation's treasure and talent for PEACE not WAR. YES to a Just Transition from aggression to solidarity.

NO to continued U.S. regime-change wars and sanctions. From the USS Iowa Battleship, to the USS Mercy Hospital ship, it is time to promote peace over war.

We especially oppose regime change efforts against the Venezuelan government which are increasing daily and recklessly. President Trump, for no reason whatsoever, is now threatening a US Naval Blockade of Venezuela and does not rule out a US Navy intervention. (Picture from mid March)

Sanctions and war will not save us from the coronavirus pandemic– solidarity, unity, and global peace will.

That's why we're so grateful that the United Nations Secretary-General, Antonio Guterres, has called for an immediate global ceasefire in the wake of the COVID-19 crisis. 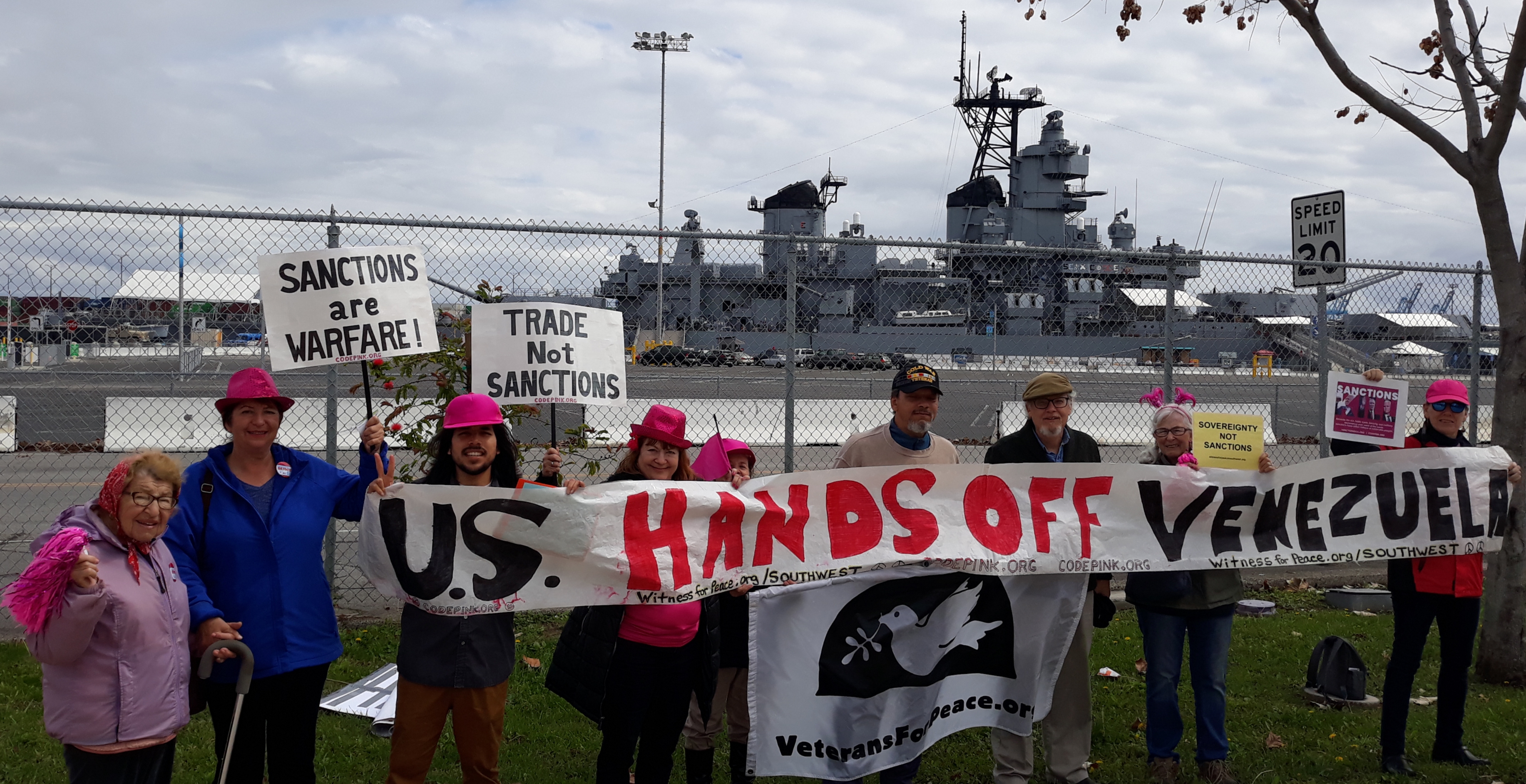