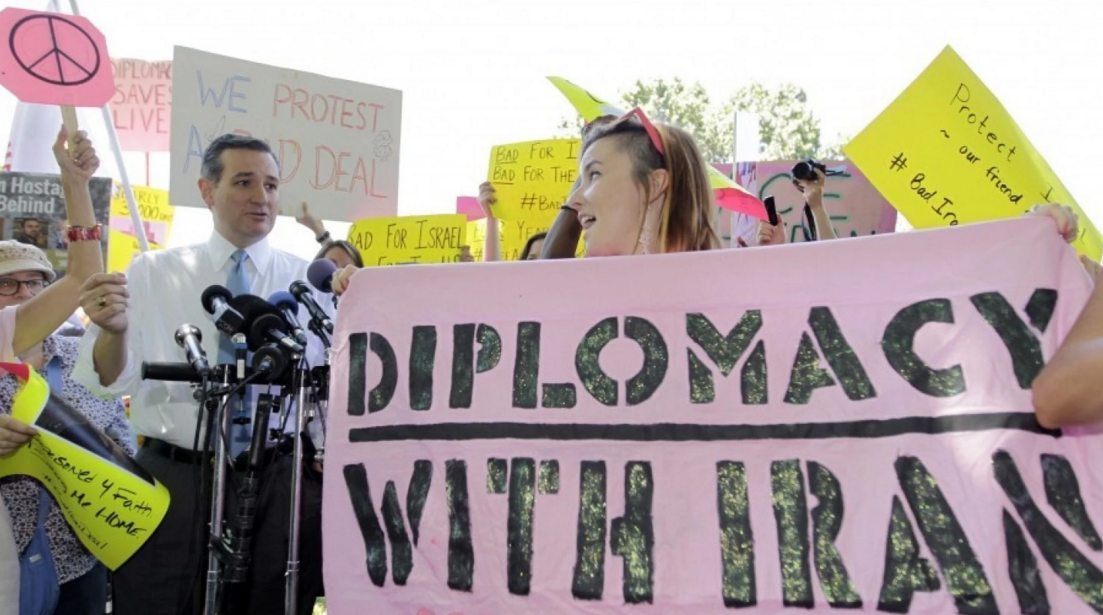 “Continue the policies started under the Obama Administration of improving relations with Cuba and Iran, and extend diplomacy to other conflict areas of the world, including North Korea as brave women peacemakers did in 2015. Cease US military involvement in, and instead support diplomatic resolutions for, the Middle East, including Israel-Palestine.”

Diplomacy worked in 2015 as the United States government signed on the Iran nuclear deal, along with France, the UK, China, Russia, Germany and of course Iran, averting a war that had been part of the neo-cons plans for many years. The Iranian people get relief from years-long economic sanctions, and we all get one fewer nuclear-armed nation to worry about. Negotiations may be long and sometimes tedious, but they are infinitely less bloody and expensive than wars - which ultimately must end in negotiations anyway.

CODEPINK worked closely with the National Iranian American Council (NIAC) in Washington, DC and also with Peace Action, MoveOn and other allies in congressional districts around the country in a successful campaign to support the Iran Nuclear Deal.

For photos on CODEPINK and diplomacy, see this.

Can a Formula 1 Star Send a Message to the Saudi Government?