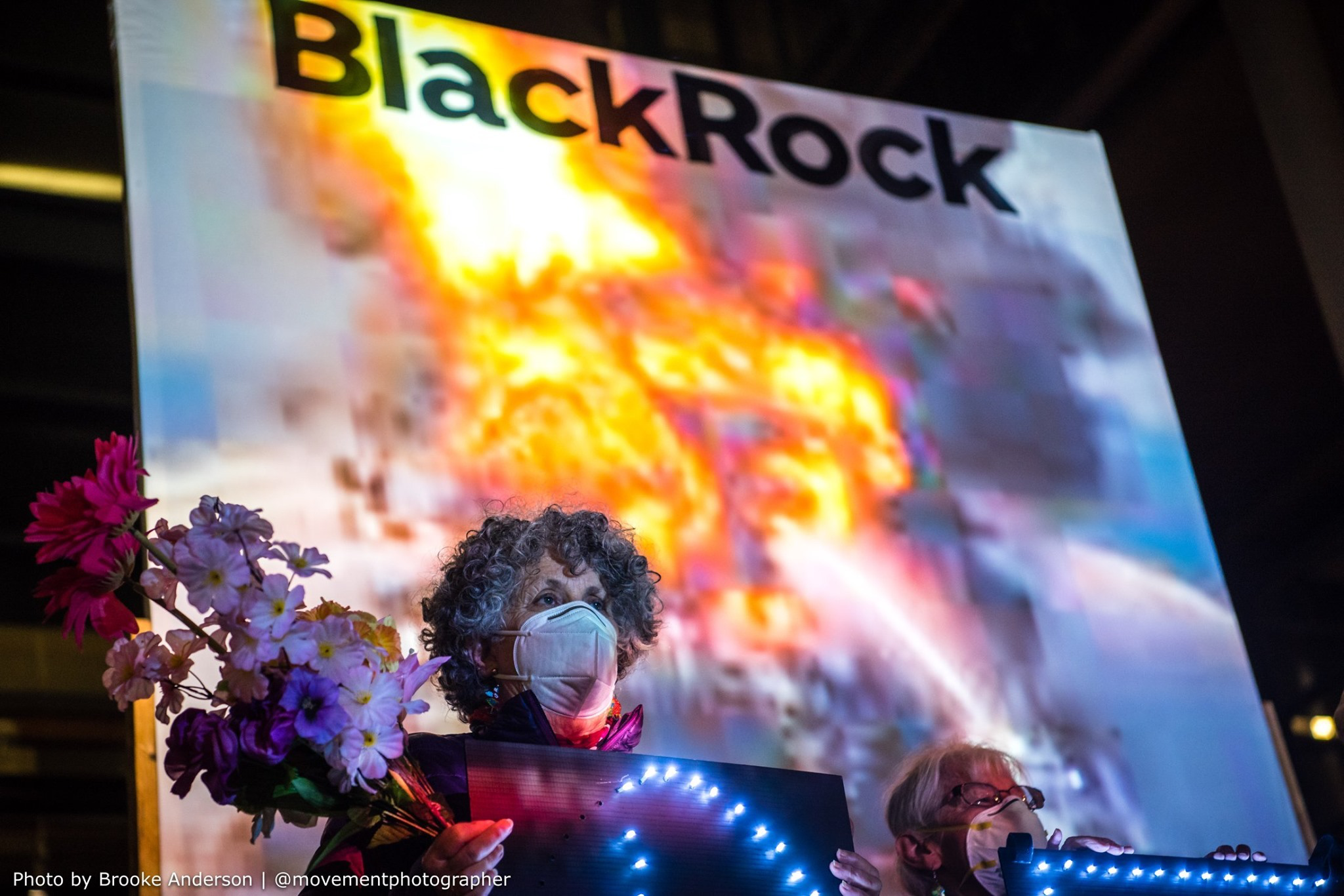 CODEPINK was delighted to participate in the September Swarm demonstrations outside BlackRock offices. 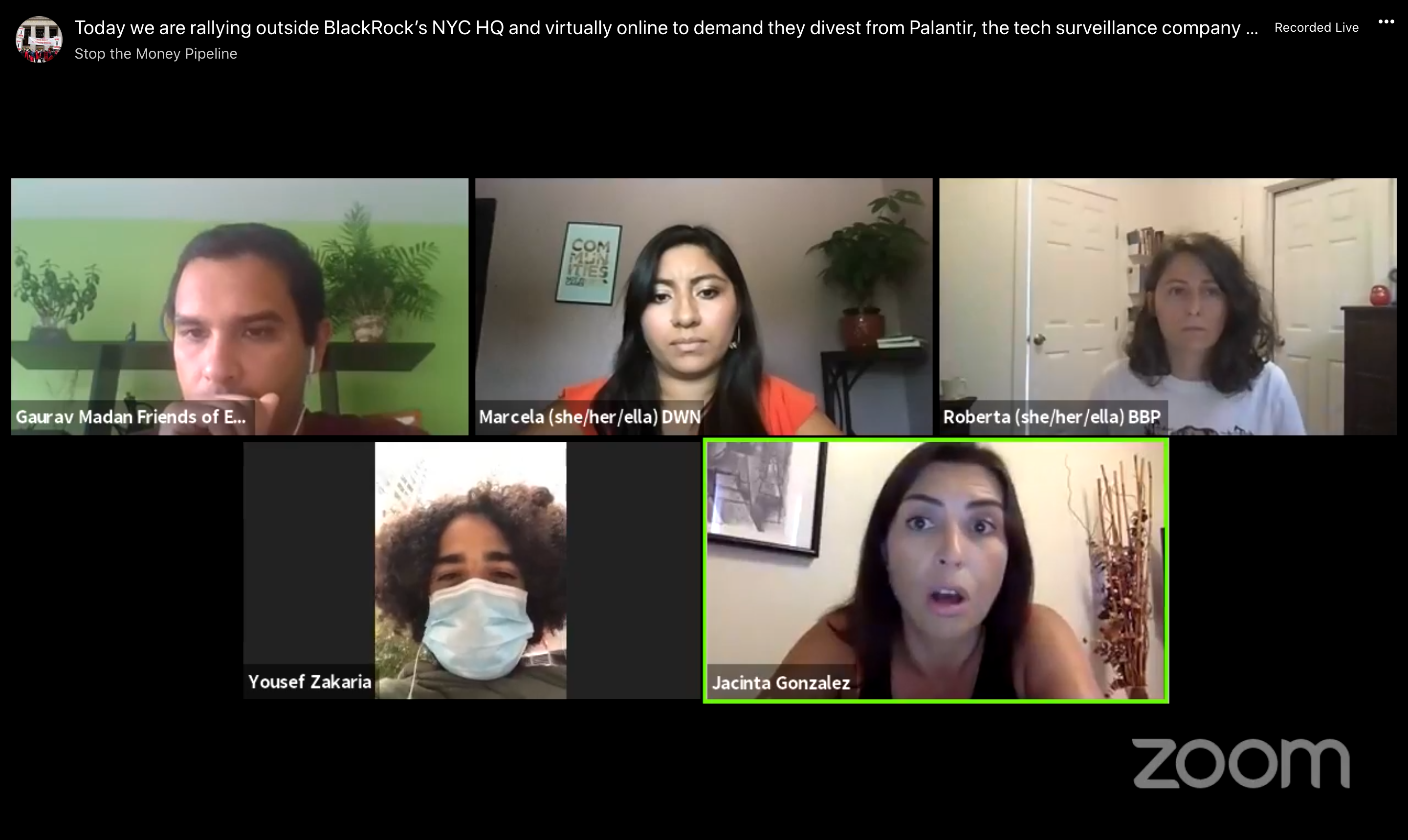 In Los Angeles, the CODEPINK team held a car caravan to the BlackRock office in Santa Monica. CODEPINKers brought the message of BlackRock: Stop Making a Killing on Killing!

In San Francisco, Bay Area CODEPINKers participated in an evening light brigade shining a light on the need to defund war. Later in the month, Cynthia Papermaster led a group of CODEPINK activists, Nancy Mancias, Jackie Barshak, Lotus Fong, Grace Severtson, Mishwa, and Luck-key, in a participatory procession to BlackRock’s Financial District office along with climate change activists affiliated with the Stop the Money Pipeline movement. Photos by Kelly Johnson. 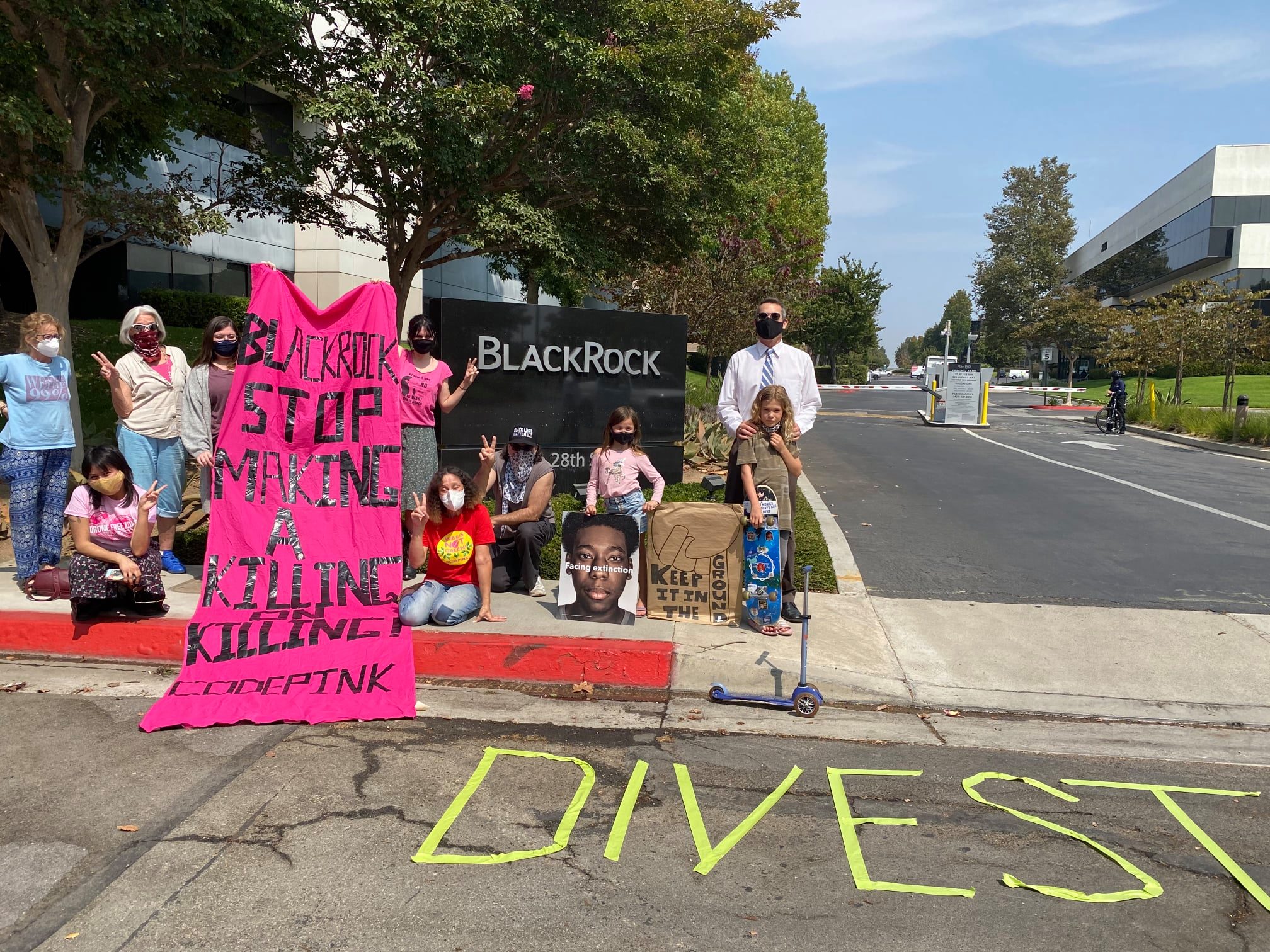 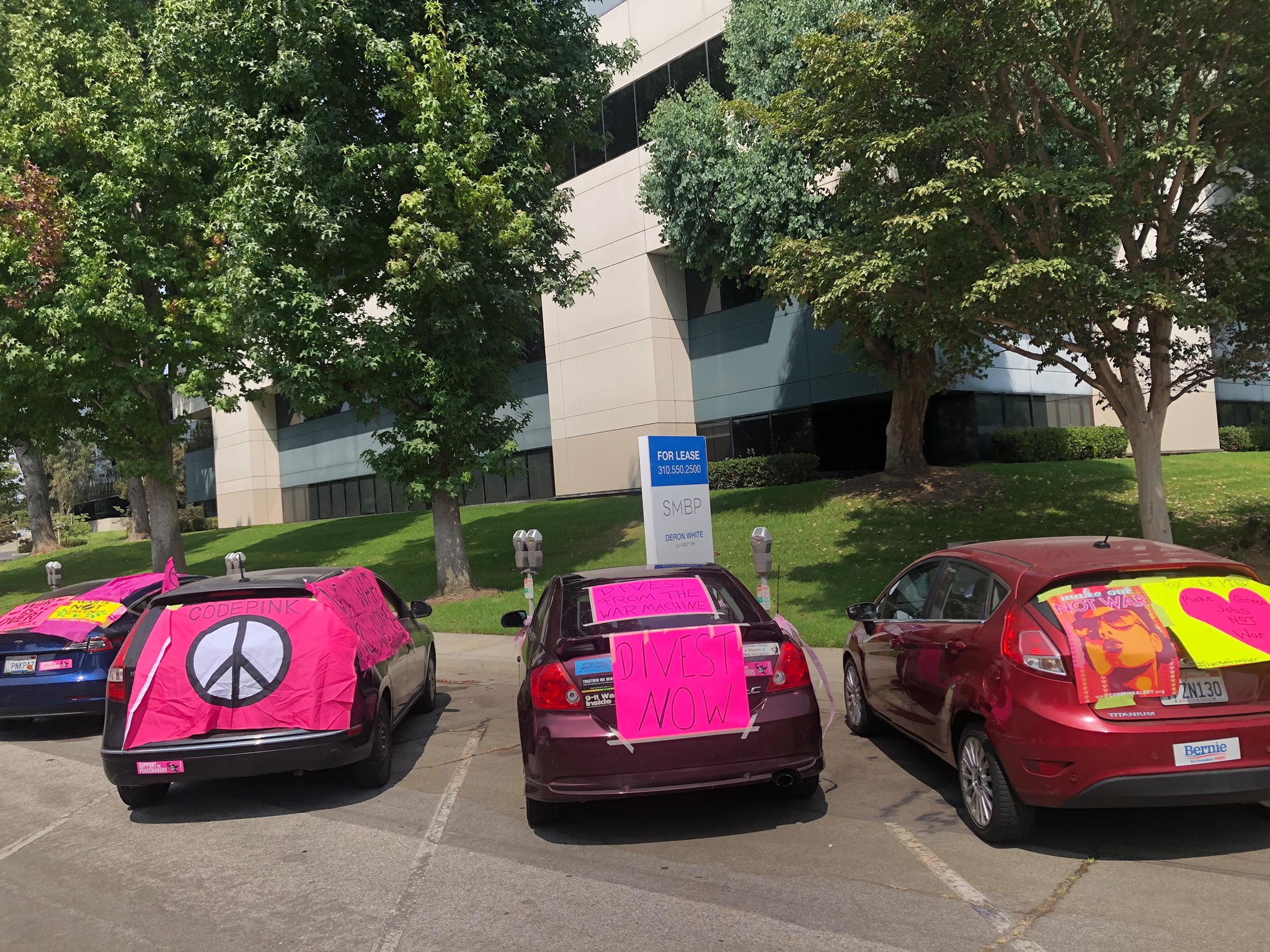 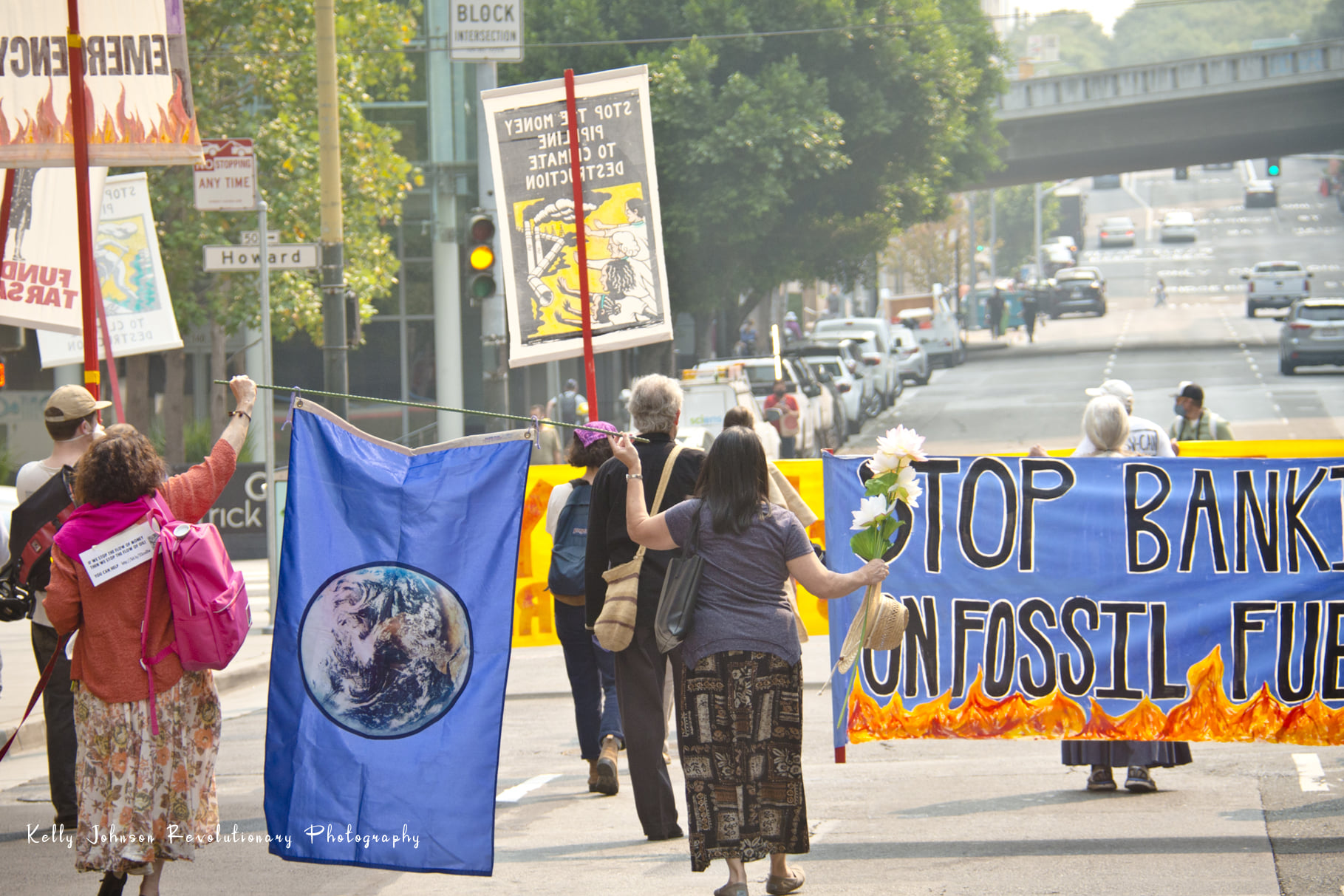 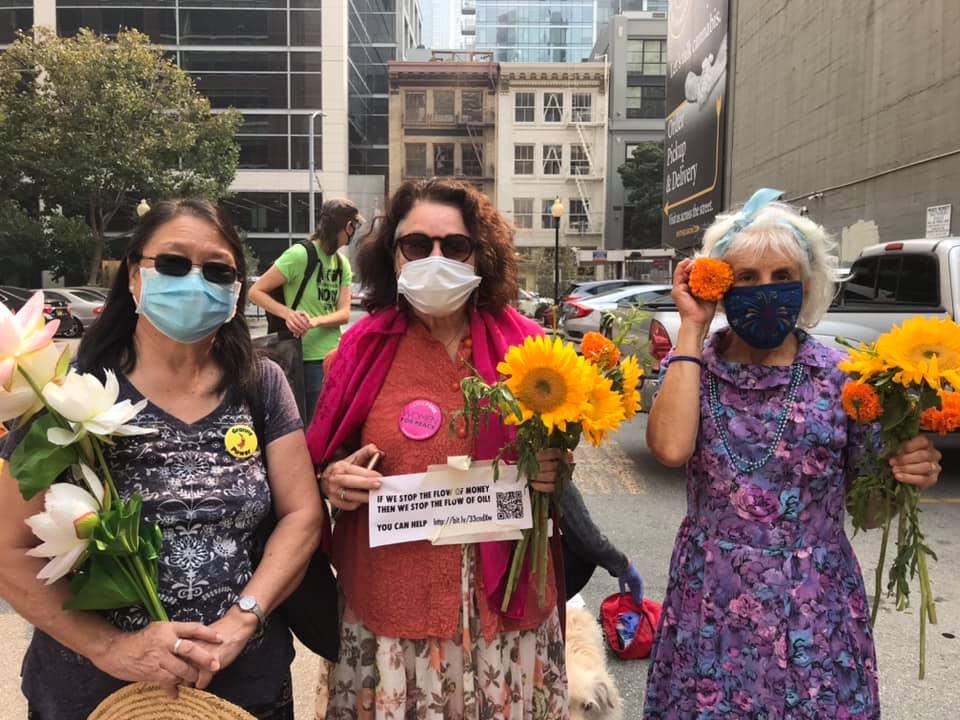 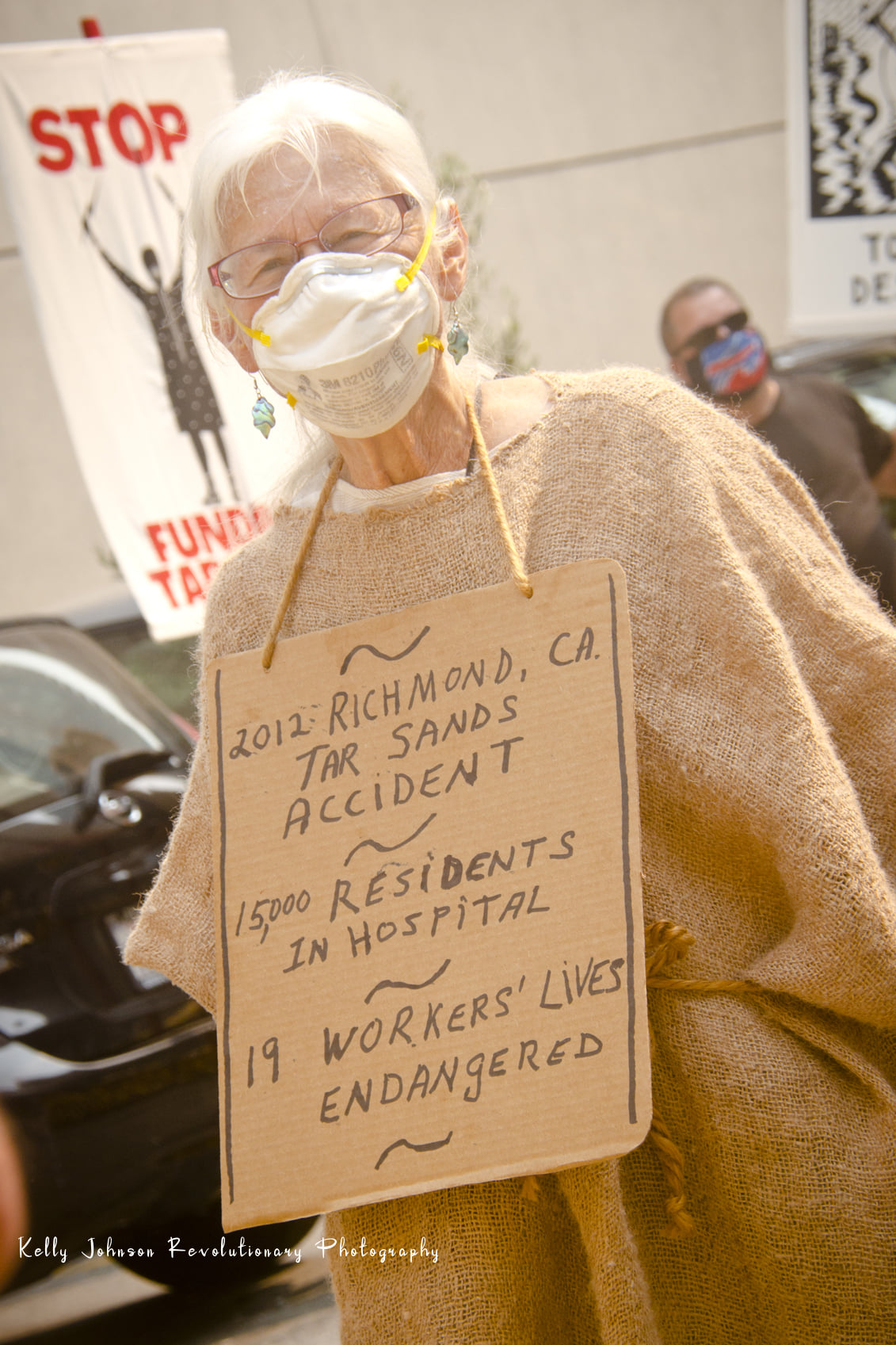 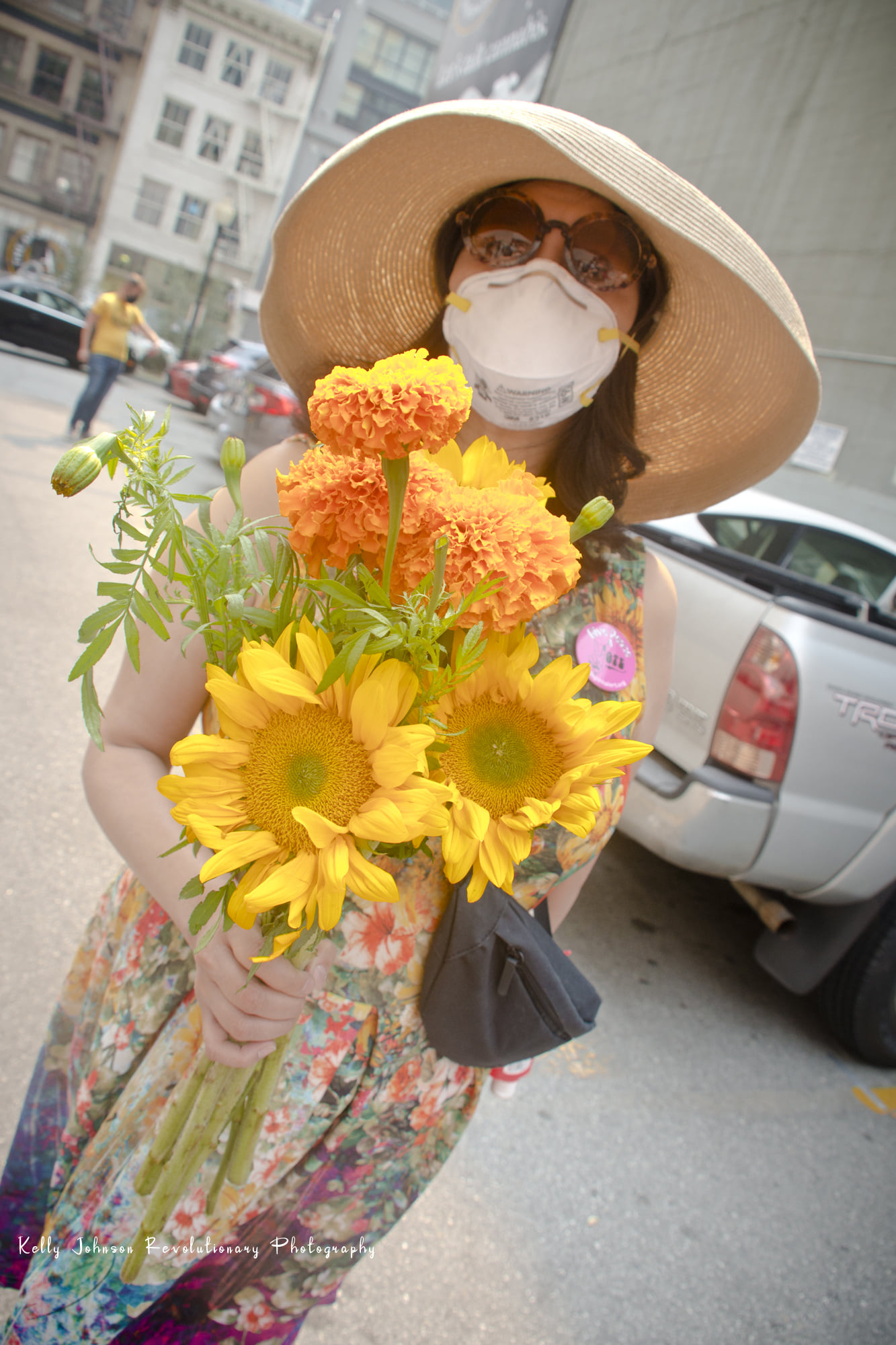 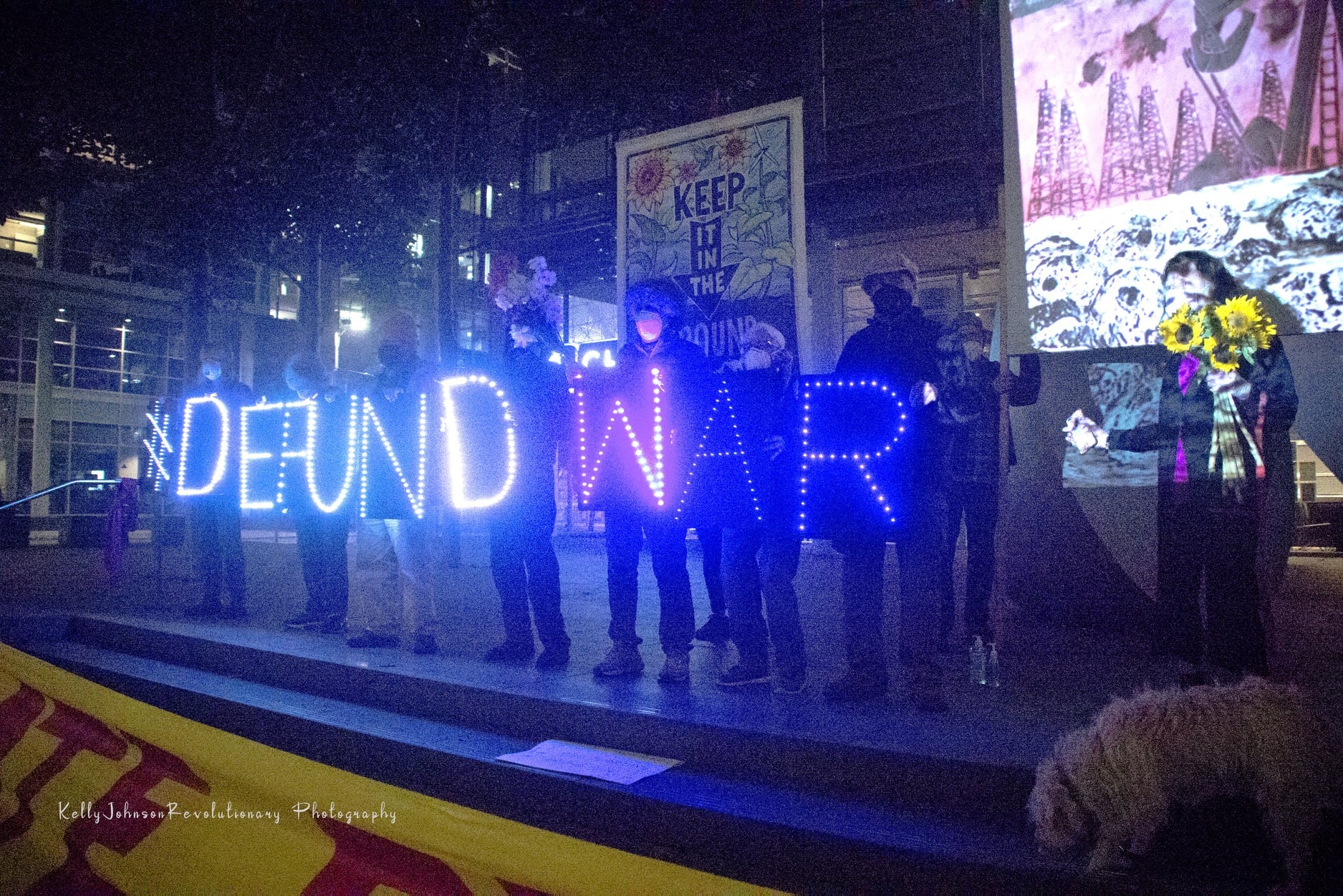 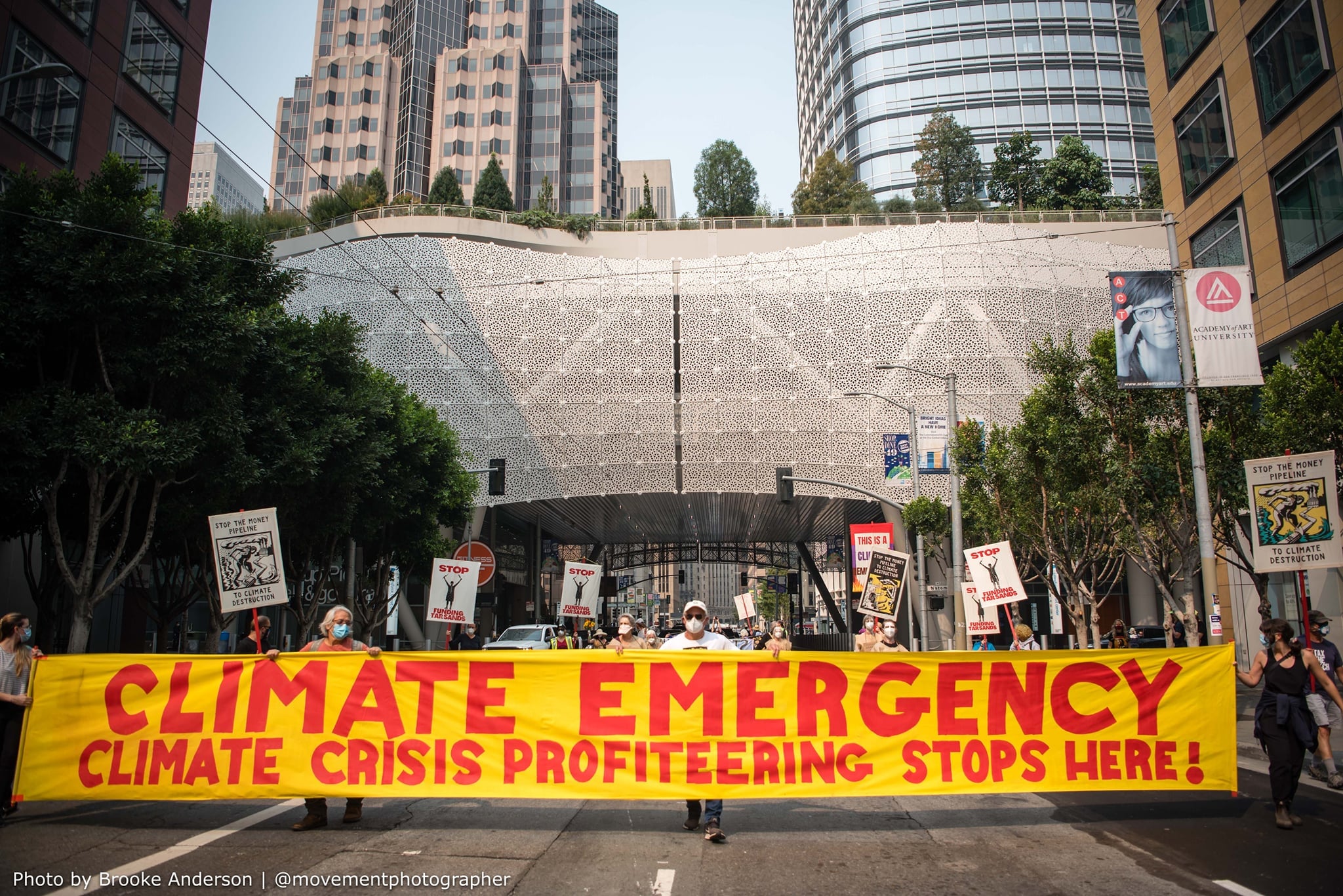 Sign up to be part of the Divest from the War Machine Campaign.