CODEPINKers in Japan Speak Their Hearts to Obama 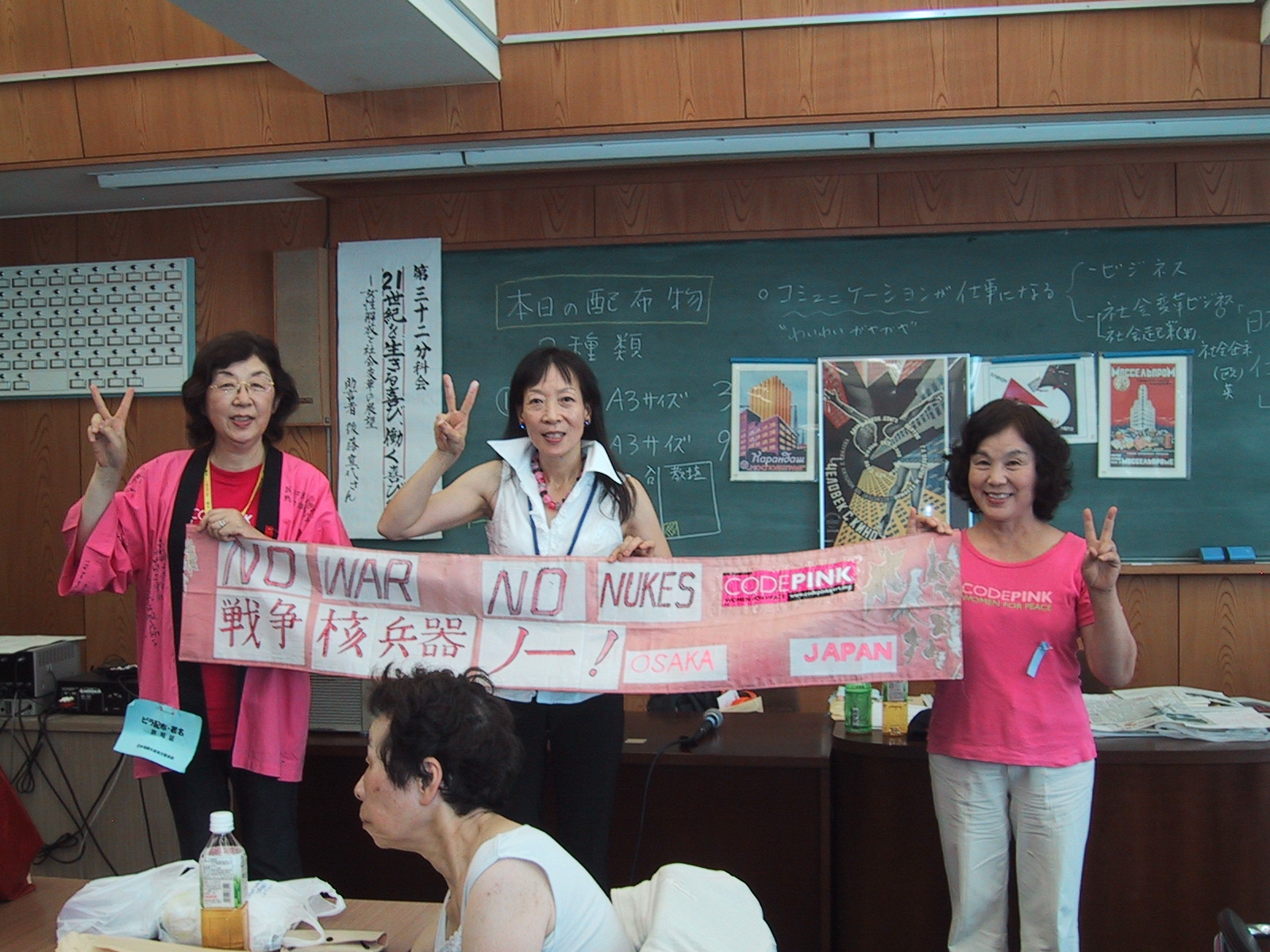 My mother is from a small island south of mainland Okinawa called Miyako-jima. Though both Okinawa and Miyako are part of the Ryukyuan chain of islands, they are distinct from one another as are the other islands in the Ryukyuan chain in many ways. Okinawa was once an island of peace. Today many people still keep the music, dance and culture alive in Okinawa despite the colonization and dark, bloody history they have been through. Although I was born in Tokyo and raised in Seattle, I try to keep my Okinawan roots alive. It is important to me to spread and learn about peace and justice around the world and I hope that one day Japan and specifically Okinawa will be peaceful again and freed from militarization.

I want to share with you these messages we received from CODEPINK Japan before Obama’s visit to Hiroshima in May 2016. 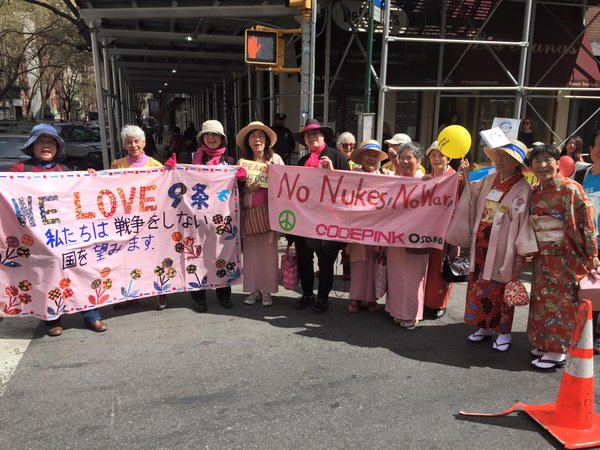 No nukes, no arms

But l believe that the Japanese Government did not apologize to other Asian people about the war crimes they have committed during World War II.

I wish to ask Obama to listen to the survivors’ voices, and to step out for a nuclear ban treaty.

In Japan, many atomic bomb's victims have gone. But their wish is remaining in my heart. I have strong desire for no war and a non-nuclear world. I love peace and justice. 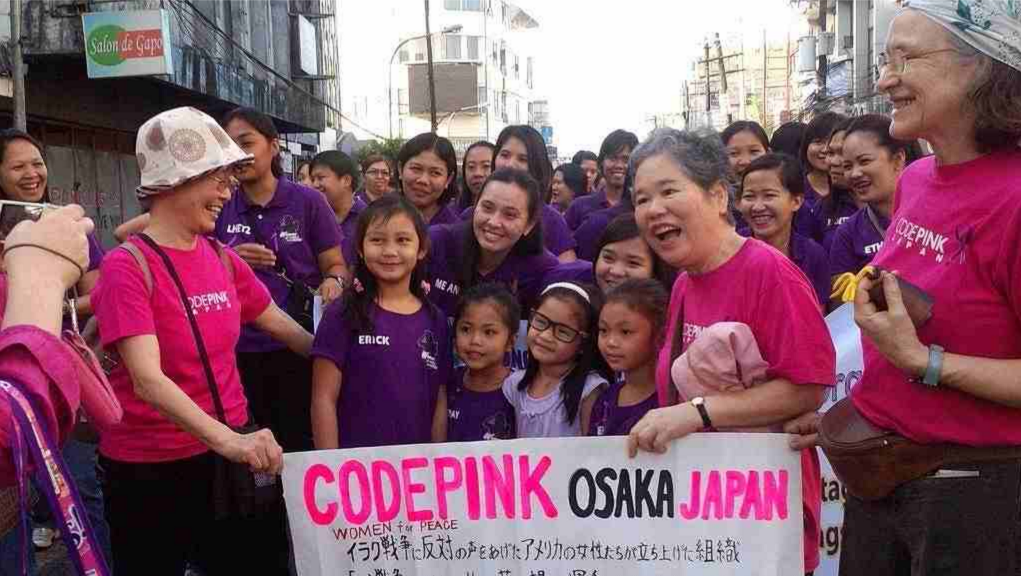 Thank you sincerely for your visit to Hiroshima.

There, I would like you to visit Takara Building. Ten American POWs were killed there by the atomic bomb. Please pray for them and know that that bomb killed those who should be protected by it.

Nuclear weapons kill all people, regardless of whether they are enemies or friends.

After returning to America, please tell this fact to all children and teach them that all nuclear weapons should be removed from the USA and the world, so that they will live in peace in their future.

I desire that America will become a country to lead the movement of changing this planet to the nukes-free and more peaceful one. 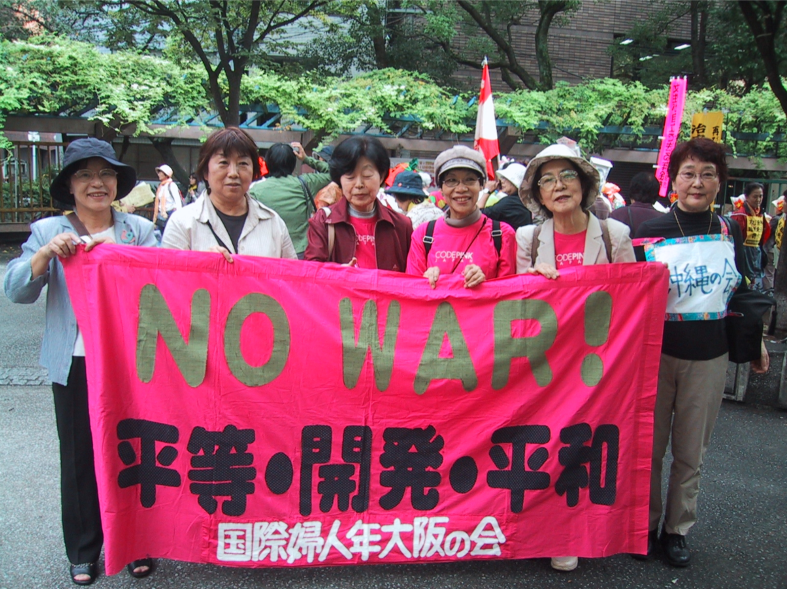 Dear sisters and friends in the U.S.,

Thank you for sending the President of USA, Mr. Obama, to Hiroshima.

Let him work for the nuclear abolition and nuclear free world in his lifetime.

We, the peace loving people in Japan, are proud of our peace Constitution. The Article 9 of the Constitution says, “The Japanese people forever renounce war as a sovereign right of the nation”

Article 9 is at risk now, for the Japanese government at present is forcing us to accept a new unconstitutional ‘war legislation’. Article 9 is a world treasure. Help us to keep Article 9 intact.

And Let us share the cries and join hands for:

“No military occupation of our lands”