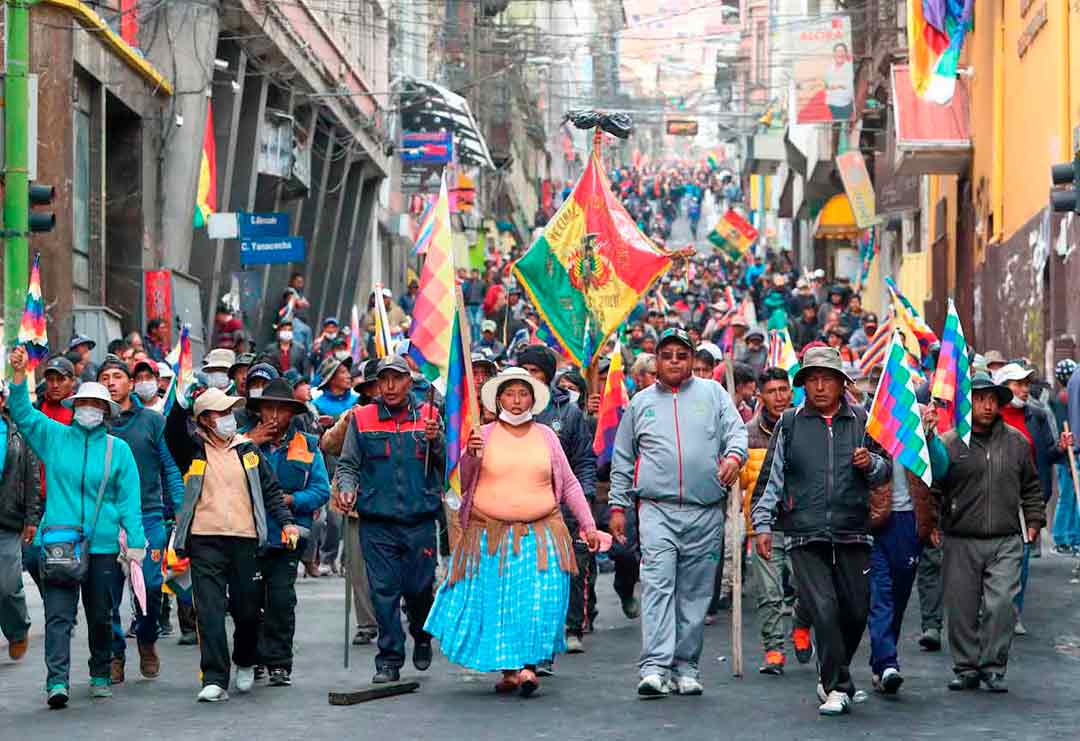 October 15, 2020 Washington – After being invited to be election observers by the Bolivian Supreme Electoral Tribunal (TSE), delegates from the U.S. organization CODEPINK arrived in La Paz today to begin observing the conditions for the elections that will take place on Sunday, October 18, in which the nation’s president, vice president, senators and deputies will be chosen.

The delegation is composed of 6 U.S. citizens and 1 Mexican citizen. This multidisciplinary team will meet with electoral authorities, members of civil society, candidates, and ordinary Bolivian citizens, among others.

“Our electoral mission is an independent mission with no ties to any Bolivian political organization and in line with election observation guidelines set forth by Bolivia and the United Nations. Our commitment, as well as that of the members of our delegation, is to the Bolivian people and to their democratic process,” said CODEPINK delegation member Leonardo Flores.

We know that our delegation arrives in Bolivia at a difficult time, where there is deep polarization ever since the 2019 elections, which resulted in the departure of then President Evo Morales. We hope that this time around, the spirit of participation and respect for the electoral process will prevail.

We are proud to contribute constructively by accompanying the Bolivian people in the exercise of their democratic rights. We hope for a transparent electoral process that reflects the true will of the Bolivian people, which must be respected by all parties.