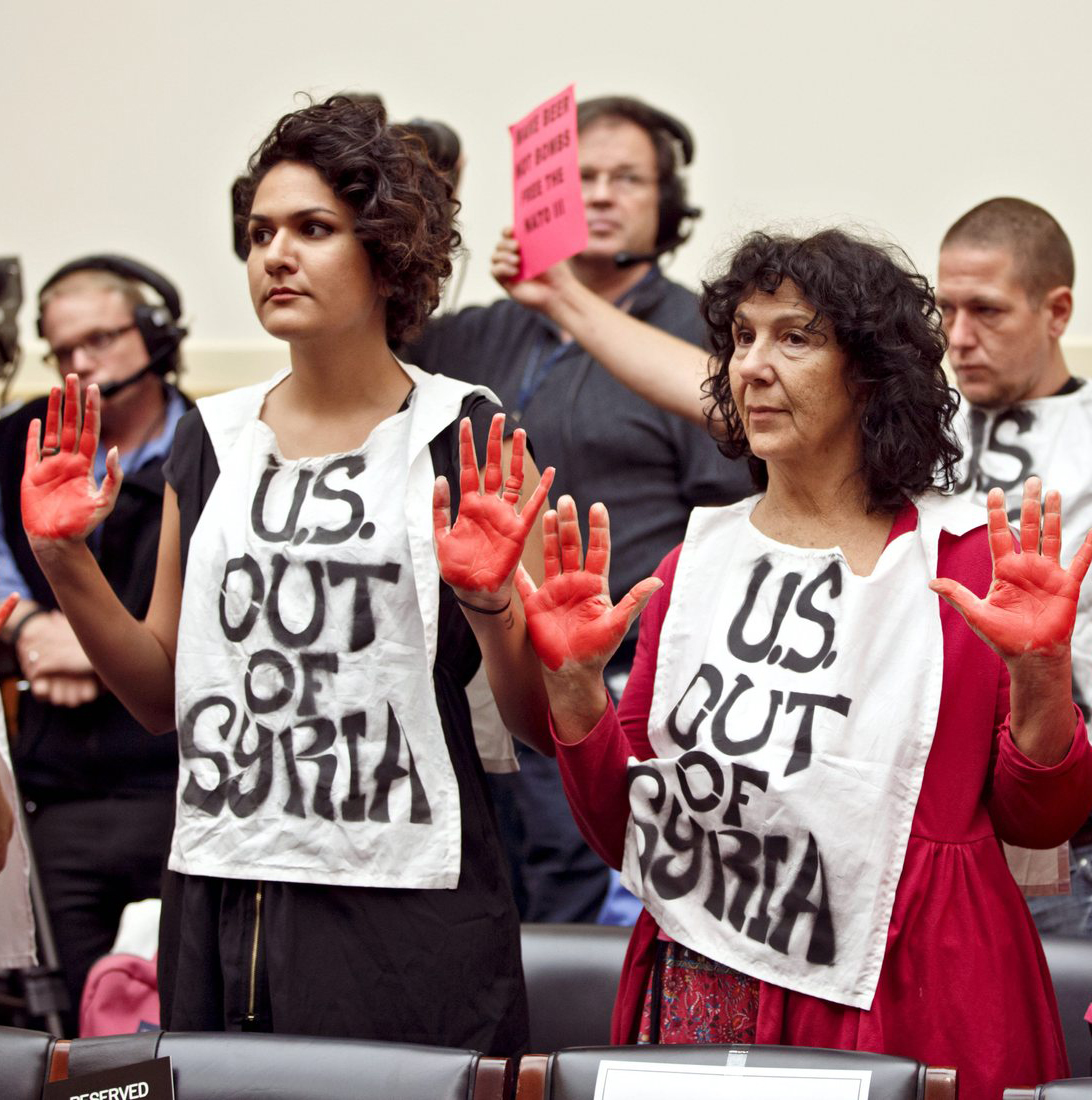 CODEPINK applauds President Trump’s decision to withdraw U.S.troops from Syria. The president made a statement on Twitter that the U.S had defeated ISIS in Syria, saying this was his only reason for being there. The statement contradicts that National Security Adviser John Bolton’s comments earlier in September that “the United States wouldn’t be leaving Syria so long as Iranian forces continued to operate there.” We are glad that the president has not followed Bolton’s advice. Bolton was a cheerleader for the US invasion of Iraq, an invasion that devastated the country and led to the creation of ISIS. In turn, the US fight against ISIS in Syria and Iraq was marked by ruthless, indiscriminate bombings that led to thousands of civilian casualties.

We believe the US withdrawal from Syria is a positive contribution to the peace process and also decreases the tensions between the United States and Iran that could have escalated the dangerous proxy wars that have been victimizing the Syrian people.

We hope this decision also marks the beginning of a reevaluation of US troops stationed in other foreign lands. This is particularly true in Afghanistan, where some 16,000 US soldiers are engaged in a war that is beginning its 18th year, and in neighboring Iraq, where the US says it will maintain its presence with 5,200 troops stationed in the country. President Trump should continue to stand up to the neocons and the military-industrial complex that profit from endless war by bringing these troops home as well.

We are concerned, however, about the continuing fighting in Syria, including attacks by the Assad regime, the rebel forces, and the Turkish attacks on the Kurds. We call on all sides to stop military actions and instead focus on the peace process. We also call on all foreign powers that have been involved in Syria’s destruction, including the United States, to take responsibility for rebuilding this nation and providing assistance to the Syrian people, including the refugees, who have suffered so tragically for over seven years.