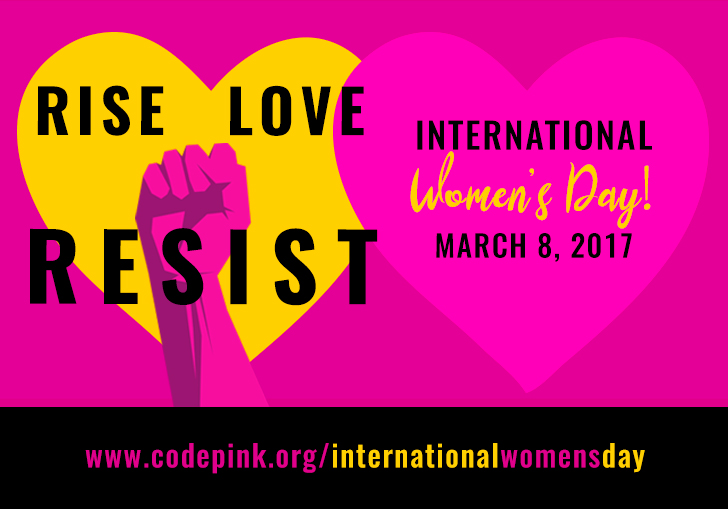 International Women’s Day has historically been a day of protest and action by working women all over the world. Join us on March 8th for an indoor rally to celebrate all those who have been leading the fight for women's rights and to play a part in building an all-inclusive women's rights movement!

This event is organized by and for all women who have been marginalized and silenced, including working women, women of color, Native women, disabled women, immigrant women, Muslim women, lesbian, queer and trans women, and for all those who wish to fight against the oppression of women.

SPEAKERS AND PERFORMERS WILL INCLUDE: Christel Williams of the CTU, Adriana Alvarez of the Fight for $15, Liz Radford Co-Chair of the Women's March on Chicago, Marines Martinez teacher at Aspira Charter School CHI-ACTS 4343, Alyx Goodwin of Black Youth Project, Nerissa Allegretti of Gabriella USA, Deborah Cosey-Lane of the Amalgamated Transit Union Local 241, Faith Arnold of SEIU Childcare Campaign, Marion Murphy of AFSCME, Charolette Heltai of UofC Resists and the ISO, Katie Thiede of Planned Parenthood, Danlene Watts of CAARPR, Rasmea Odeh of the Arab American Action Network, Nancy Serrano teacher-activist against deportations, Hoda Katebi of the Council on American-Islamic Relations and Lesley Williams of TZEDEK speaking on uniting against hate crimes, Opal Staples and the Lights of Zion performing

Join us for an evening of politics and culture!

***Parking will be extremely limited, we encourage the use of public transportation.***