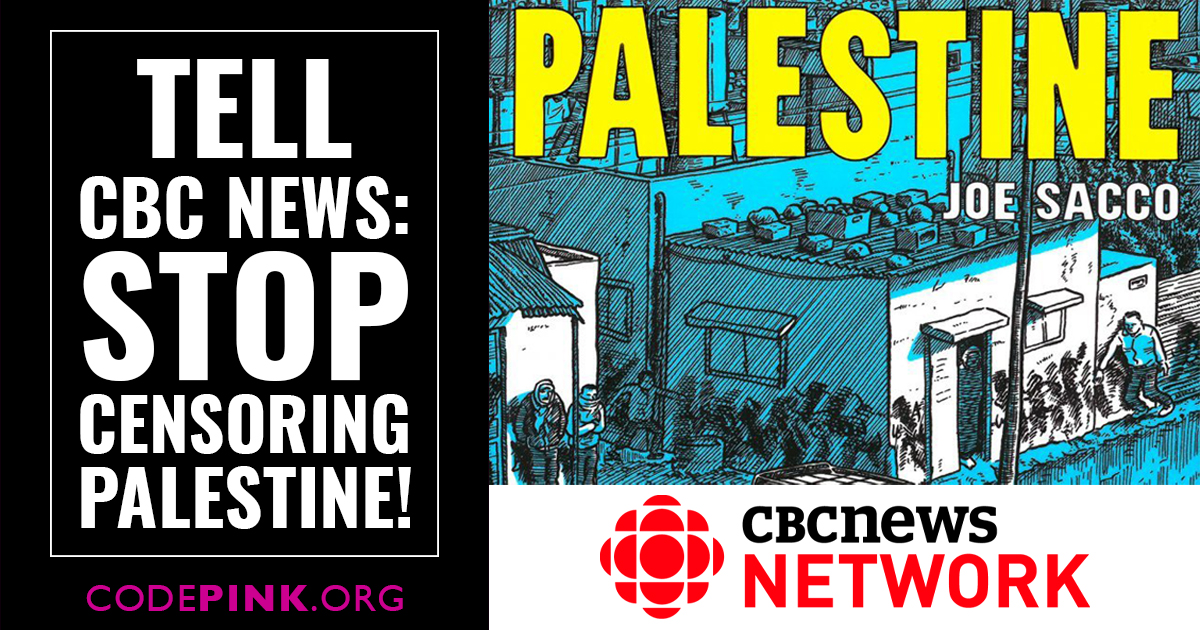 Supporters of Israeli apartheid are trying to ban the word Palestine from the airwaves.

Recently, Canadian radio show host Duncan McCue had to apologize on-air for having used the word “Palestine” during an interview he conducted with Joe Sacco, a cartoonist whose work deals with colonialism, including the colonization of Palestine. Help us send a loud and clear message to the Canadian Broadcasting Corporation (CBC) to STOP CENSORING PALESTINE!

If you reside in either the U.S. or Canada, fill out the form below to contact progressive Canadian MPs and ask them to speak out.

There's more. Facebook has censored Palestinians and advocates for Palestinian rights for years and we and our coalition partners have had enough. Join the Stop Censoring Palestine Facebook group.