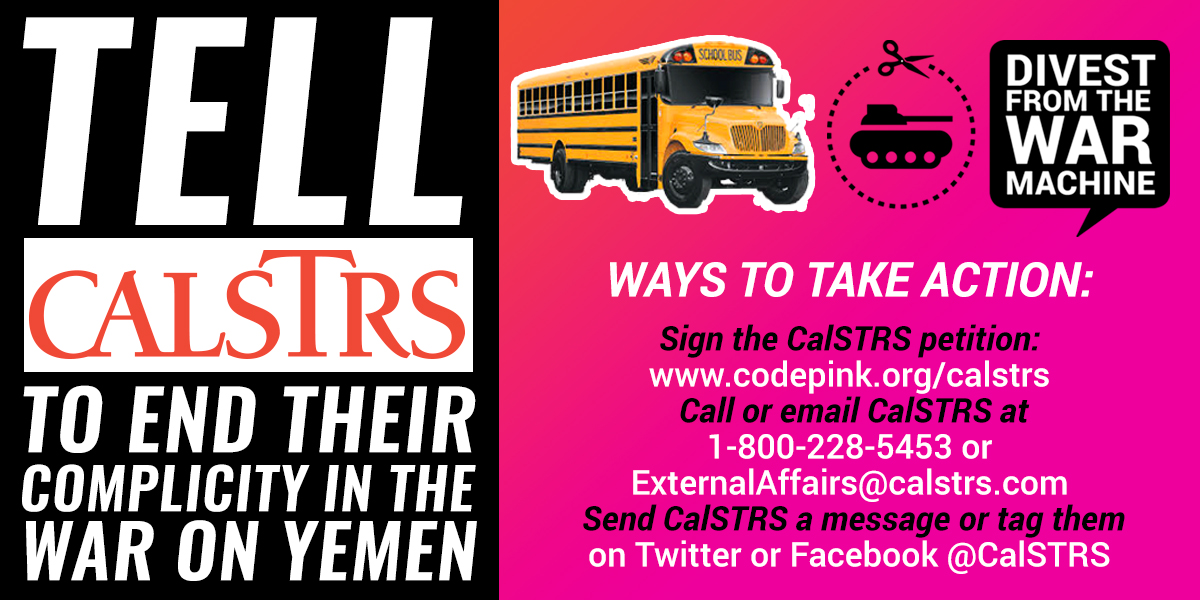 By Nancy Mancias, CODEPINK Divest from the War Machine campaign

The California State Teachers’ Retirement System (CalSTRS) has roughly $89 million invested in General Dynamics, a company which has been implicated in war crimes and the loss of countless innocent lives around the world. In one of the most egregious cases, where 54 were killed, 44 children, and more wounded in an airstrike on a school bus with remnants of a General Dynamics guided metal fin found at the scene. As the largest educator-only pension fund in the world, CalSTRS members demand their pension fund divest from General Dynamics which has displayed a brazen disregard for the sanctity of human life; in particular, the attack on the Yemeni school bus on August 9, 2018.

Even though CalSTRS members are impassioned to divest from General Dynamics, the divestment process is not immediate and could take years.

“As a former school principal, my heart aches every time I learn a child is being restricted from an education. However, in this case, the most unspeakable crime has been committed,” states Susan Harman, member of CalSTRS and CODEPINK. “I refuse to be complicit in the war on Yemen and the displacement of thousands of children brought on my investments in General Dynamics.”

The Engagement: Level Up on Activism

The campaign has multi-levels of engagement for members of the California Teachers pension fund (CalSTRS). It includes generating online activism through campaign organizing platforms such as NationBuilder and New/Mode. The results show the following: 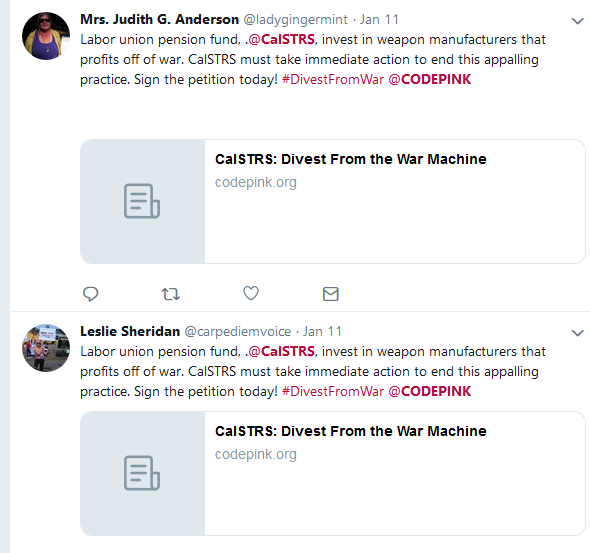 In April 2019, CalSTRS met with General Dynamics to discuss the concerns of its members. The challenge is to make sure member’s concerns are fully represented at the meeting.