Canadian Union of Postal Workers thanks CODEPINK and the 99% for Occupying Wall Street!

Yesterday afternoon, as members of the Occupy Wall Street demonstration rallied in solidarity with postal workers in New York City, I received the following letter of support from the Canadian Union of Postal Workers (CUPW): 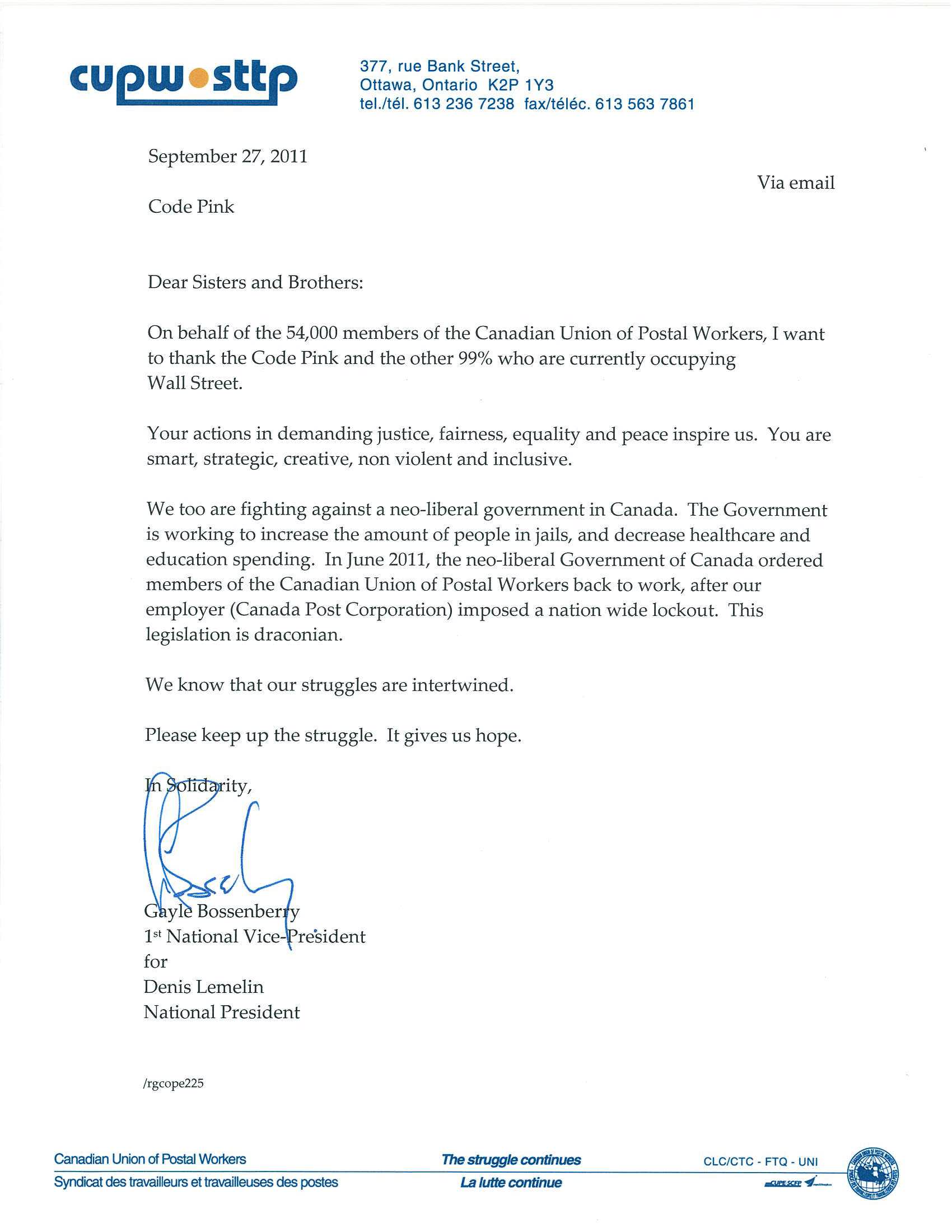 "Your actions in demanding justice, fairness, equality and peace inspire us. You are smart, strategic, creative, non violent and inclusive."

Every day we Occupy Wall Street I am fueled and inspired by gestures of solidarity from around the world. Last week members of CODEPINK LA sent pizza to the demonstration; on Monday morning, two CODEPINK supporters visiting from Canada stopped by Liberty Plaza on their way to the airport and were inspired to make a donation; yesterday I received news that a "care package" is on its way to Liberty Plaza from our PINK sisters in San Francisco Bay Area.

Every contribution and every message of solidarity strengthens the 99%.

The High Stakes of the U.S.-Russia Confrontation Over Ukraine

Lunch With Langevin to #CutThePentagon