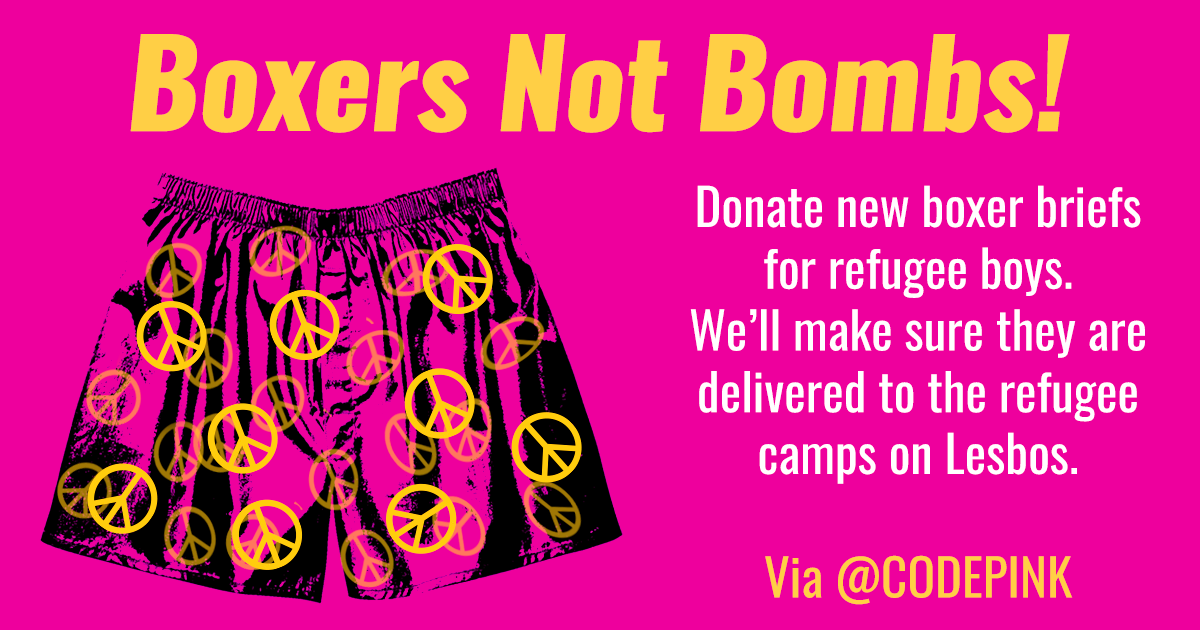 In August, CODEPINK members traveled to Greece to support migrants and war refugees living in the Kara Tepe camp on the Greek island of Lesbos. We delivered baby shoes and socks to the Hope Project, a distribution and art center, and clothes to Kara Tepe. After witnessing camp conditions and the lack of resources, we are making another trip in December to deliver much-needed boxer briefs for boys. Over 10,000 refugees on the Greek island of Lesbos are refused the right of movement into the rest of Europe, after fleeing US-fueled conflict and violence in Iraq, Syria, and Afghanistan. In the United States, the Trump administration continues to reduce the number of refugees admitted into the country, while at the same time increasing the country’s military budget.

More information about the August trip

In August, CODEPINK members traveled to Athens and the Greek island of Lesbos. In Athens, the team met with migrant women’s group the Melissa Network and the Hotel Plaza Solidarity Space. Later, the team met with the environmental and migrant support group Dirty Girls of Lesvos and supported the efforts of the Amsterdam-based non-profit Movement on the Ground at Kara Tepe and the Olive Grove at the Moria camp. CODEPINK had the opportunity to tour the self-managed refugee camp Pikpa and women’s refugee shelters Bashira and Amira.