BlackRock tapped to bail out the U.S. 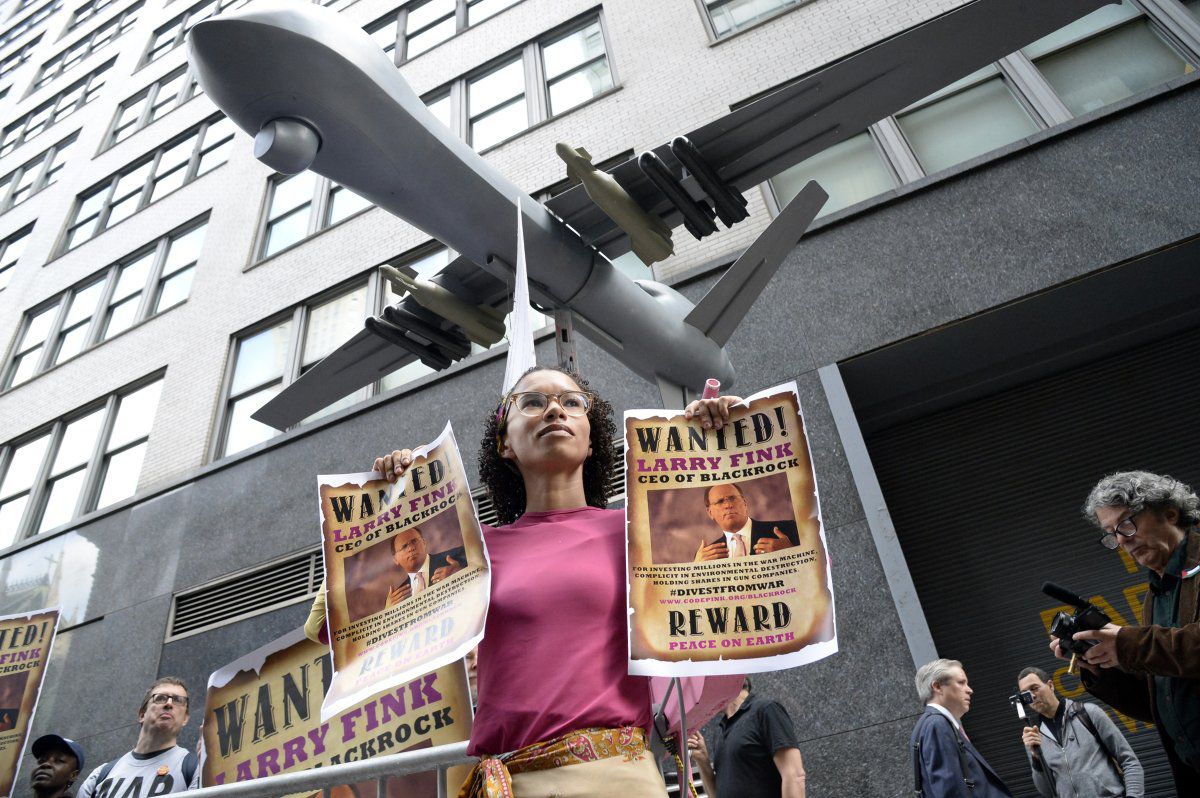 It should come as no surprise that the Federal Reserve recruited BlackRock to bail out the economy. During the 2008 financial crisis, the Feds dialed up CEO Larry Fink to manage the assets of the unsavable Bear Stearns. BlackRock survived the crisis and even came out on top as being the most important asset firm in the world. In 2008, there was little known about BlackRock’s business practices. The company was certainly not a target of the Occupy Wall Street Movement; however, that has significantly changed as the company has become the primary focus of activist organizations, watchdog groups, and members of Congress.

Here’s the thing, it is unconscionable how BlackRock CEO Larry Fink continues business relations with the Kingdom of Saudi Arabia, a regime factually responsible for leading a war on Yemen, imprisoning women’s rights activists, and ordering the murder of Washington Post columnist Jamal Khashoggi.

After five years, the Saudi-led war on Yemen has devastated the country, resulting in the suffering and death of the most vulnerable. In 2018, the Director of the United Nations Children’s Fund (UNICEF), Geert Cappelaere, estimated that 400,000 children under the age of five are suffering from malnutrition and 30,000 children under the age of five are dying every year. The international charity Save the Children states that 10.3 million children are food insecure and two million are displaced. In 2019, the charity identified that 226 Yemeni children were killed and over two hundred were injured in air raids led by the Saudi regime. The situation in Yemen has been labeled as the world’s worst humanitarian crisis in the poorest country in the Middle East. Saudi Arabia has been accused of war crimes for rape, torture, and aerial attacks.

Along with leading a war on Yemen, the regime is waging a separate war on women’s rights. Saudi Arabia has been ranked the third-worst country in the world on women’s equality, in a recent survey organized by US News & World Report. There are attempts, by the regime, to loosen women’s rights by implementing opportunities which Western women have so longed exercised such as the right to vote, freedom of movement, and the freedom to assemble with any gender; however, just as the early suffragettes in the West were imprisoned and tortured for chipping away at a system based on patriarchy, Saudi women’s rights activist, on the frontline, are being held in jail and tortured, after waging campaigns that would change a male-centered system.

The murder of Washington Post columnist Jamal Khashoggi is one of the worst crimes the world has witnessed. The United Nations, the CIA, and some Western governments have charged that the Saudi Crown Prince ordered Khashoggi’s murder. Murder does not mean a thing to BlackRock and its CEO Larry Fink. A year after the killing of Khashoggi, Fink jetted off to Saudi Arabia to continue investment work. An office has even been opened in Riyadh. With its defense fund filled with weapons, the company stands to maximize profits from the war on Yemen -- Saudi Arabia is a big purchaser of US-made weapons. Larry Fink’s relationship runs deep with the Crown Prince, as it was reported that the two spend time texting one another.

Even though Larry Fink and BlackRock have the expertise to manage assets and advise on bailing out economies, the company intentionally ignores the most egregious crimes committed by a country such as Saudi Arabia. Over the years, BlackRock has become the most important asset management firm in the world. Because the company and CEO claim to be good corporate citizens, activists and shareholders have been holding the company accountable. When BlackRock and Wall Street executives look past the killing of Jamal Khashoggi while conducting business as usual, it only enables the power of the Crown Prince and his ability to wage war, execute assassinations, and restrict a woman’s basic right. BlackRock’s dominance over the financial sector has clouded its ability to distinguish between a good business relationship that benefits the planet and its people, and one that inflicts harm.

To learn more about the BlackRock campaign visit www.codepink.org/blackrock