BlackRock could learn from alternative economies 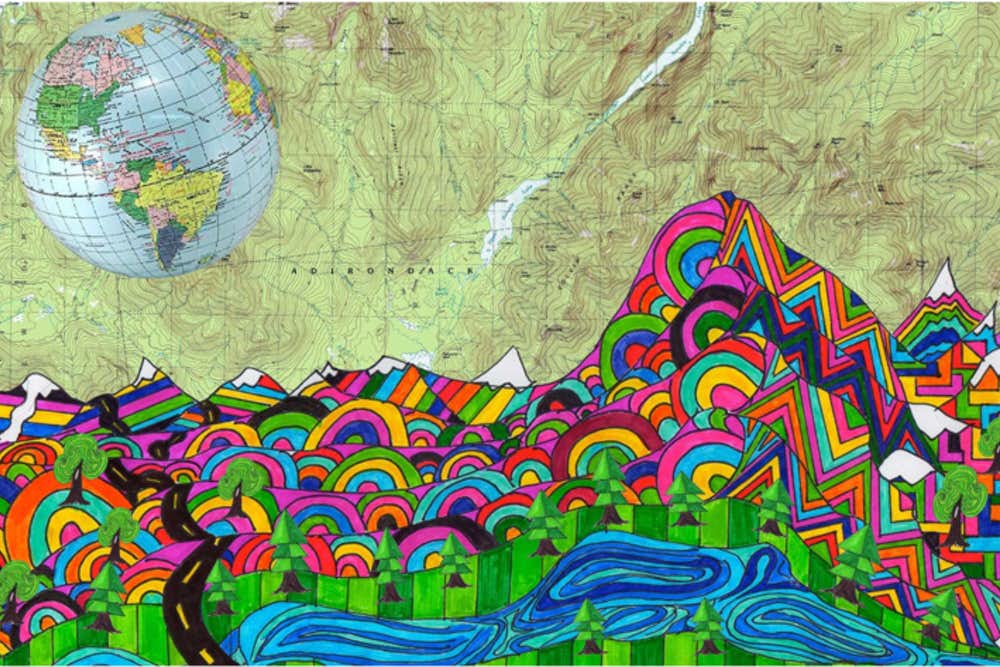 By Nancy Mancia, Divest from the War Machine Campaigner

In 2019, a groundswell of activists took on BlackRock and unveiled a company that hid behind a false corporate social responsibility practice. Larry Fink’s recent annual letter to shareholders neglects to mention this very important social movement that influenced the company to divest from thermal coal.

And why should he mention it? BlackRock’s work is solely based on the financial markets. Even during a global pandemic, it thrives on Capitalism and not activism; however, BlackRock’s behemoth stance is not immune to the market’s decline. Without an alternative to the financial market, BlackRock’s power is insignificant compared to the needs of average Americans. Not only is the financial sector experiencing a decline but so are vulnerable communities across the United States –communities that are not waiting for a bull market or an exchange-traded funds (ETF) to increase profits.

The Farm in Summertown, Tennessee has mastered life without big banks and even “shadow” banks like BlackRock. Founded in 1971, The Farm is an intentional community that oversees four thousand acres. The residents follow a  philosophy that your work should be seamless and embrace the community’s ideas. The work structure is not so much entrepreneurial in that the profits are funneled back into a business owners’ pocket but instead the money generates an income for the residents. The community-based model at The Farm has created businesses such as the Book Publishing Company, Village Media Services, Farm Soy and an electronic manufacturing facility that makes Geiger counters. For their homes, residents invest in the building. They do not own a deed and the community does not work with banks. Because of economic uncertainty brought on by the coronavirus, communities are creating alternative systems that have been implemented by The Farm and other intentional communities for generations. The pandemic has communities coming together showing social solidarity during a time when citizens are ordered to practice social distancing. Through mutual aid actions, communities around the nation support one another with basic necessities such as food, water, housing, education, and legal support. As communities move forward in uncertainty, The Farm is a living model of sustainability that thrives without BlackRock and the big banks.

While governments rush to throw money at the problems brought on by the coronavirus, a long-term sustainable plan needs to be put in place to safeguard average citizens. Instead of granting BlackRock, the largest investor in nuclear weapons and climate destruction, a seat at the bailout table, a long-term view needs to be crafted for societies to end its entanglement in market capitalism. While BlackRock provides its staff the opportunity to work from home, its office space across the globe sit empty. Ironically, healthcare workers and homeless populations require space to sleep and treat patients. The coronavirus pandemic has exposed the current economic model as unstainable. There are successful alternative economies that have navigated away from the capitalist markets.

The Zapatista movement in Chiapas, Mexico, has been a model for anti-capitalists. The movement displayed a sense of what is possible – land reform, indigenous autonomy, developing local alternatives to capitalism. The anarchist’s community in the Exarchia neighborhood of Athens, Greece has provided resources to people of different backgrounds. Greek citizens who were affected by the 2008 financial crisis could come to the neighborhood for a free or low-cost hot meal, and since money was tight, a barter system was created. In Athens, there is a real “do-it-yourself” spirit in the neighborhood where citizens have commandeered abandoned buildings to house newly arrived refugees from the Middle East. At the Stony Point Center in New York, residents immerse themselves in an intentional community, living and working together. Residents commit to supporting a radical hospitality business which includes staffing the front desk, greeting guests, operating the gift shop, cleaning the facility, cooking in the kitchen, or tending to the farm. The Center has a rich history of hosting religious leaders. The thirty-four acres that make up the Center was bequeathed to the Presbyterian Church. The land is used for vegetable gardens that feed the guests, staff, and intentional community residents. The Center also leases two acres of farmland off-campus. Even before the pandemic, communities were coming together to create long-term sustainable plans away from a global capitalist market.

BlackRock stands to come out of the economic crisis unscathed. The Bank of Canada and the Federal Reserve in New York have hired BlackRock to help bailout both countries. On March 27th, President Trump told reporters that he is working with the best-of-the-best in finance to help with the bailout. He named Larry Fink, the CEO of BlackRock, as the best. Fink’s popularity as the go-to-guy to bailout economies has not gone unnoticed. Even the President of Mexico, Andres Manuel Lopez Obrador, had to get in on the action. He tweeted a photo of Fink appearing on videoconference. Fink and BlackRock insist that ETF’s are the most important financial tools, however, they neglect to mention that they promote funds which are loaded with corporations that bring harm to humanity such as oil companies, weapon manufacturers, private prison contractors, and the list goes on and on.

In 2019, activists across the globe exposed BlackRock as being the largest investor in climate destruction, while CODEPINK amplified that the company was the largest investor in weapon manufacturers. BlackRock CEO Larry Fink is a proud Capitalist and not an activist. Without an alternative to the financial market, BlackRock is useless to average Americans during the global pandemic. BlackRock is dependent on the market for its success. It has been hired by large governments to resuscitate the failing economies. There are long-term communities who have figured out a sustainable plan that offers a fulfilling life away from capitalism, away from big banks, and away from “shadow” banks like BlackRock.