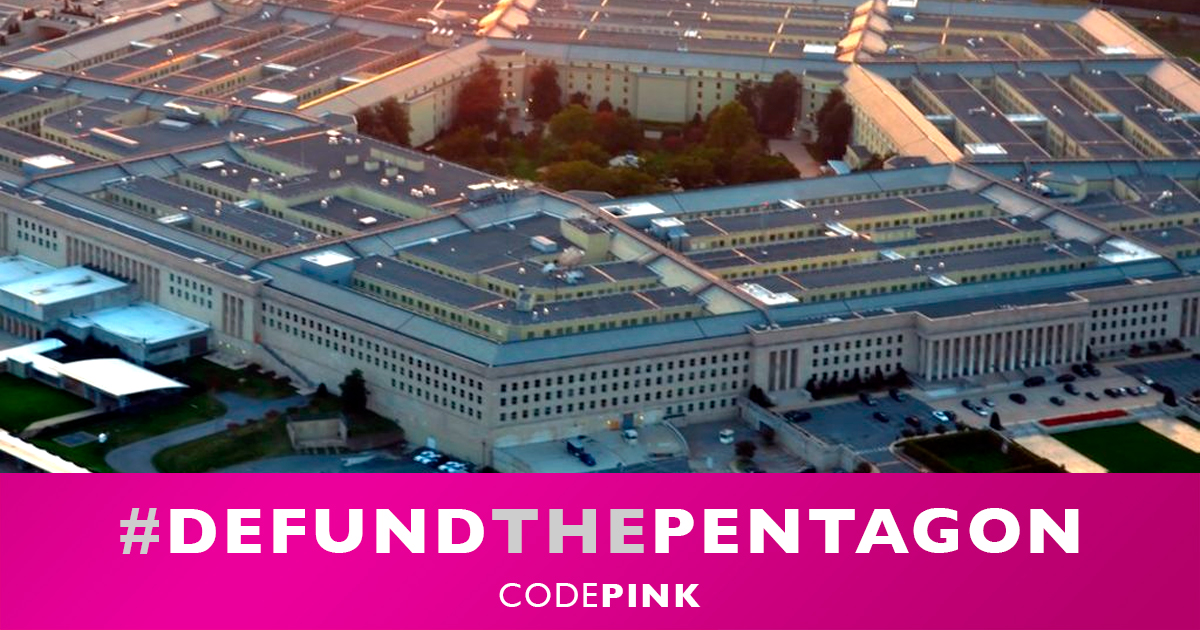 Earlier this week, CODEPINK joined Public Citizen, Win Without War, and dozens of other coalition partners calling on the Biden transition team to prioritize transparency and accountability within the Pentagon.

This memo identifies and recommends to the transition team three key principles and concrete action steps, summarized below. You can read the entire document here.

Principle #1: Address corruption, conflicts of interest, and the revolving door.

Rooting out self-dealing and corruption is key to creating a more transparent and accountable Department of Defense.

There is bipartisan support for identifying and addressing areas of excess, fraud, waste, and abuse within the Pentagon. This is a crucial first step toward making the Pentagon more transparent and accountable.

Principle #3: Make investments in the future, not the past.

The Biden campaign has frequently emphasized the need to move away from investing in legacy weapons and staying mired in the conflicts of the past, urging a pivot to forward-facing challenges and solutions. The administrations of Presidents Obama and George W. Bush similarly proposed budgets that moved away from irrelevant traditional weapons systems and proposed affirmative cuts to those programs.

These three principles are just the beginning. Since 2001 we have spent $6.4 trillion on total military spending, meaning that in the past 19 years Americans have spent $23,386 each on war and underinvested in the needs of our communities.

We need to defund the Pentagon NOW. Contact your representatives asking them to commit to defunding the Pentagon and investing in our future here.