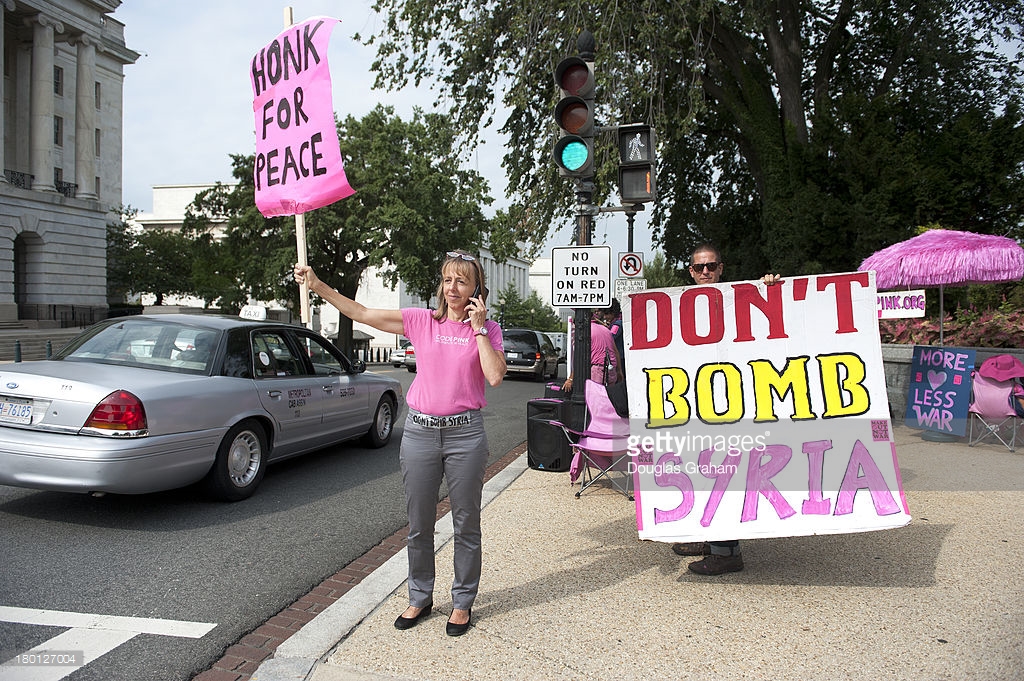 The tweets came pouring into my feed: Melania Trump’s speech to the RNC plagiarized Michelle Obama’s 2008 speech! The exact words copied were shared. Funny memes showing Michelle Obama annoyed or laughing her head off were quickly sent into the twitterverse. Organizations and individuals weighed in with critique and wisecracks. Was the plagiarism racist, lazy, a stunt by the Yes Men, an inadvertent compliment to Mrs. Obama, or what?

On the other side of the world from Cleveland, something far more important happened, yet received far less U.S. media attention: Syrian civilians killed by US-Coalition airstrikes. I followed the news on twitter, and the numbers of fatalities kept climbing: from over 50, to over 70, to 84 or maybe more, but definitely the deadliest bombing since the U.S. started bombing ISIL since September 2014. (For a 5-minute animated history of the Syrian war, please see this.)

Airwars, a project that has been documenting the deaths from international air strikes on Syria and Iraq, reported up to 212 civilians killed in the village of Tokhaz on July 19. Entire families were taking refuge in a school; 73 of the dead have been identified, with others still buried under rubble. These deaths are added to the hundreds killed in Aleppo province just this month. Tokhaz is near the city of Manbij, where 70,000 residents have been trapped in a 2-month siege as fighting between US-trained, mostly Kurdish forces against ISIL troops rages on. To read the full Airwars report including eye-witness accounts and photos of the carnage, see this.

Even the US-backed Free Syrian Army condemned the airstrikes as “horrific massacres.”This atrocity - unarmed civilians desperately seeking shelter, blasted into bloody death by U.S. and/or French bomber jets - in the 5-year Syrian civil war was exactly what CODEPINK co-director Medea Benjamin and others warned of and tried to prevent in a congressional hearing in summer 2013.

Over 10 billion of our tax dollars poured into a war that Congress has neither officially debated nor approved have brought neither ceasefires, nor the surrender of ISIL. No end in sight appears for a regional conflict that has killed 470,000 Syrians and created the worst refugee crisis since the end of World War II.

In the grim, prophetic words of the Michael Franti song, “We can bomb the world to pieces - but we can’t bomb it into peace!”

So what now? What could possibly help the Syrians still left in the hell that once was their home, and the Syrians dispersed in a traumatic diaspora?

The answers remain the same as in 2013, only intensified by the waste of years and lives:

As a U.S. taxpayer, a military family member and a peace activist, I feel a profound, humbling sorrow for this latest atrocity and all that my country has contributed toward the dismemberment of Syria. And I feel total disgust for the Islamophobic, xenophobic rhetoric of Republicans, with Senator Ted Cruz taking the lead, who mischaracterize Syrian refugees as potential “terrorists” rather than welcoming them as survivors of extremist violence.

I really don’t give a flying you-guessed-it for what any prospective First Lady has to say, especially in this reality TV show turned presidential campaign of 2016. I’ll end this piece with the words of a woman doing serious work in the real world, Magdalena Mughrabi, interim Deputy Director of the Middle East and North Africa Program at Amnesty International:

“The bombing of al-Tukhar may have resulted in the largest loss of civilian life by coalition operations in Syria. There must be a prompt, independent and transparent investigation to determine what happened, who was responsible, and how to avoid further needless loss of civilian life.”

“Anyone responsible for violations of international humanitarian law must be brought to justice and victims and their families should receive full reparation.”