Answers to Common Objections to the Iran Deal 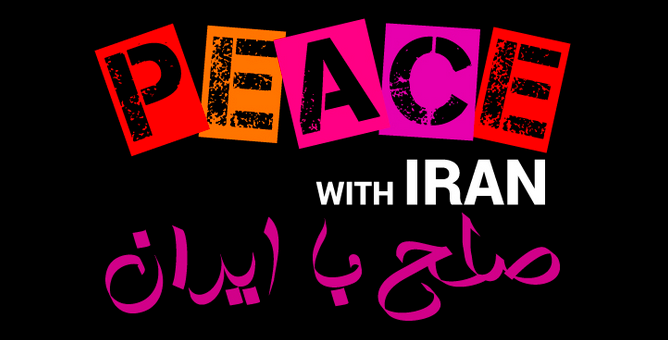 Objection: A side deal between Iran and the IAEA allows the Iranians to use their military to inspect their own nuclear facilities. Doesn’t this make the agreement a joke?

Answer: The Iranians will conduct these inspections under the close supervision of IAEA inspectors. The reason the Iranians negotiated this point: they want to have control over what is “swiped” during inspections to prevent other countries’ agents from collecting material and then lying about it. They are well aware of the US government’s lies about Iraq’s WMDs, of course. The IAEA makes similar arrangements with other countries on technical issues; please read the director’s statement for clarification.

Objection: Iranians chant “Death to America.” Why are we going to give money to these people?

Answer: Some hardline Iranians chant this - and THEY would rather not have a multilateral deal with the international community to prevent a nuclear weapons program. Opposing the Iran Deal strengthens their position. And lifting sanctions is NOT “giving them money.” Funds released in the lifting of sanctions and unfreezing bank accounts belong to Iran. For more on the details of the accord, read this article.

Objection: Once the sanctions are lifted, Iran will just use the money to fund terrorists such as Hezbollah, Hamas and maybe other groups. They could use their money to destabilize Syria and Yemen, too.

Answer: The lifting of the sanctions will benefit the domestic economy, and the people, of Iran. “Rouhani will hope the influx of money into the ailing economy will come in time for the voters to reward reformists at the parliamentary elections in 2016, and help further change the country’s course.” from Iran nuclear deal: world powers reach historic agreement to lift sanctions.

The US is “destabilizing” of the region with massive support to Egypt, Saudi Arabia and Israel, with bombing and drone strike campaigns and other interference, so let’s not be hypocritical.

Objection: This is a bad deal. The US is powerful, and Iran is desperate to get the sanctions lifted. Secretary of State Kerry should go back and try for a better deal.

Answer: This deal AKA The Joint Comprehensive Plan of Action (read the complete text here) is the result of 2 years of difficult, highly detailed negotiations involving 7 parties: Iran, Russia, China, France, Germany, the UK, and the US. It is a major improvement over the current situation of NO inspections and verifications. The other signatories are not going to jettison the deal if the US Congress votes against it, and then overrides President Obama’s veto.  The economic and financial sanctions against Iran will be lifted by all other parties, leaving the US isolated and with no other course of action on these issues than threats of war, or actual war. The Iran Deal seriously checks any Iranian development of nuclear weapons, and is supported by scientists, diplomats, US veterans’ organizations, foreign policy experts and millions of people around the world. See this example. Supporting the Iran Deal is the obvious and sensible action for members of Congress to take. Diplomacy gets results.

Janet Weil is a longtime CODEPINK member and staffer based in the SF Ba Area.

(Based partly on August 20 Democracy Now! interview with Gary Sick of Columbia University. He served on the National Security Council under Presidents Ford, Carter and Reagan, and was the principal White House aide for Iran during the Iranian Revolution and the hostage crisis.)