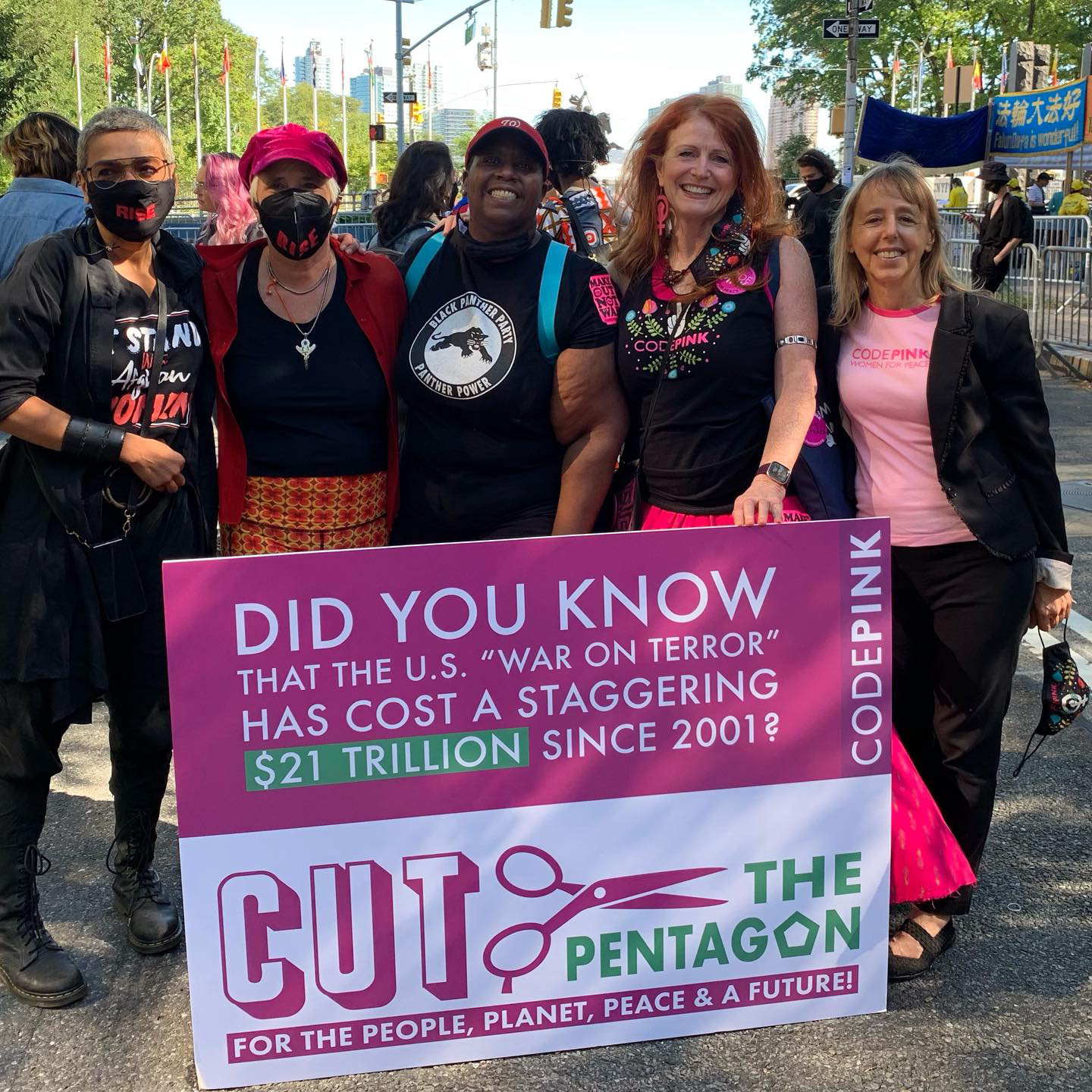 Today was a call for a global rising for the women of Afghanistan and it had started in Australia and moved across the world to where we were in NYC the last event a few hours later in LA.  The groups who came together had been working closely as there was a chasm growing between those leaving those staying, the needs of the Haitians on the US border and how to really be in Solidarity with the women staying in Afghanistan.  What today was for was them.  To feel they were not forgotten, even as so many had left, to know that global women were standing with and for them.  V formerly Eve Ensler and her team at V-Day and One Billion Rising had been to core of holding the day together as the rest of our groups worked on outreach and social media.

The program was full of beautiful messages from the women for RAWA, stories of their lives now and their hopes and dreams.  Actors from Broadway read their messages and we heard from those who had already left Afghanistan when the Taliban was in control 20 years ago.  Reminding us of how fascism is a result of wars that we must put an end to.

The core message out of the day was that we must #CutThePentagon for People, Planet, Peace and a Future. It was spoken by almost all the speakers.  We witnessed what is, what has been and what is needed for a different future for women and her children.
Onward to peace. 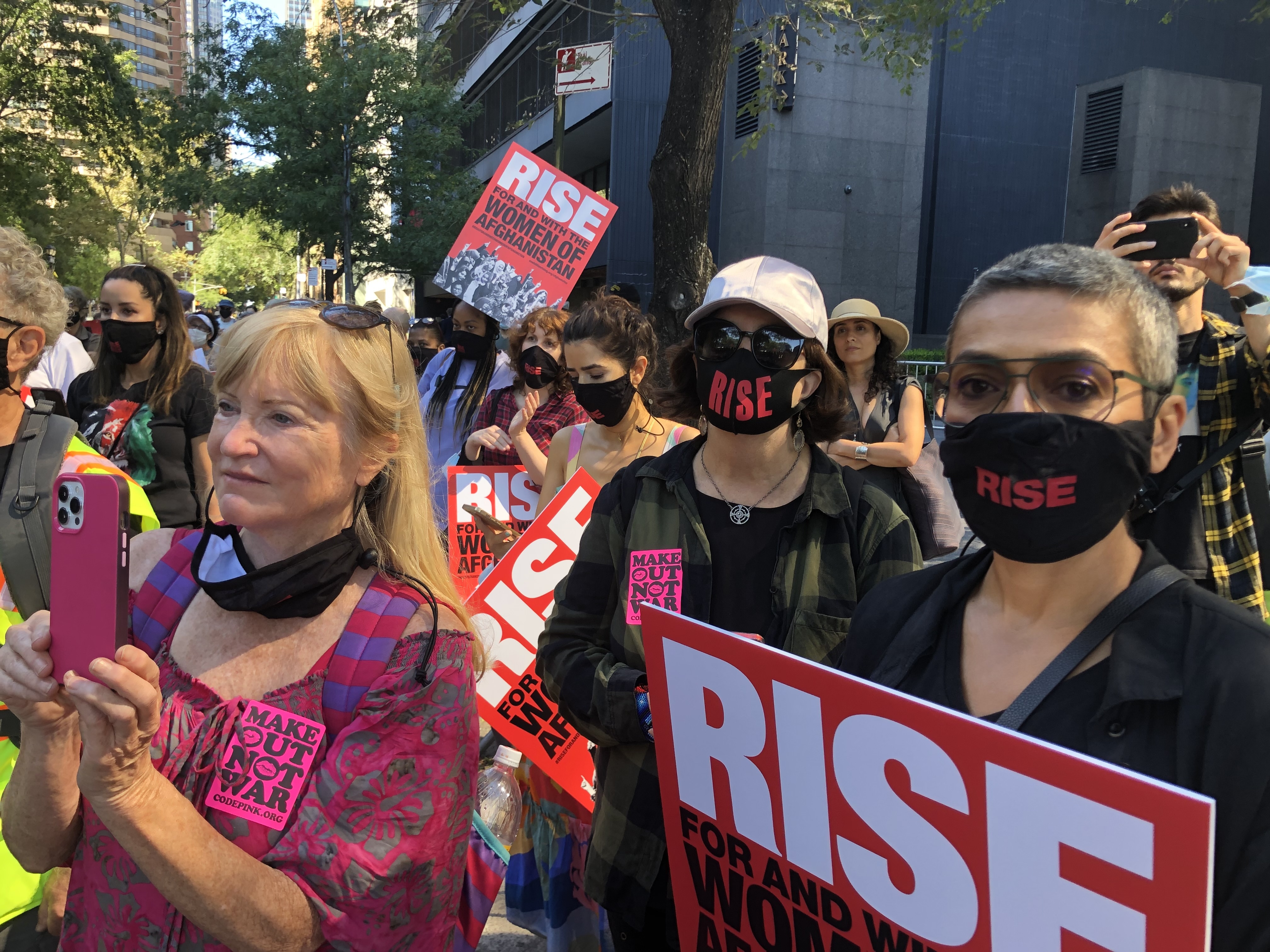 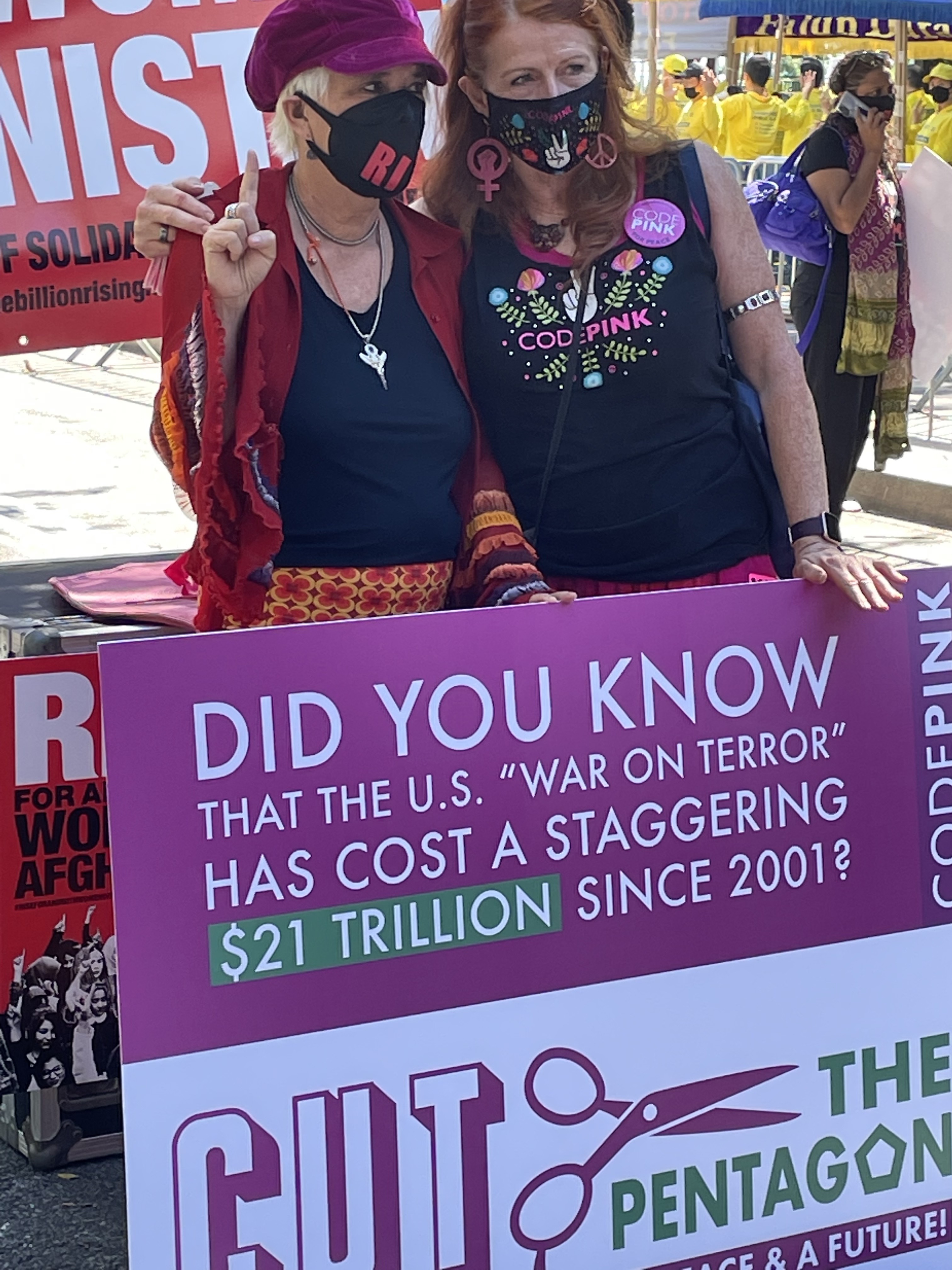